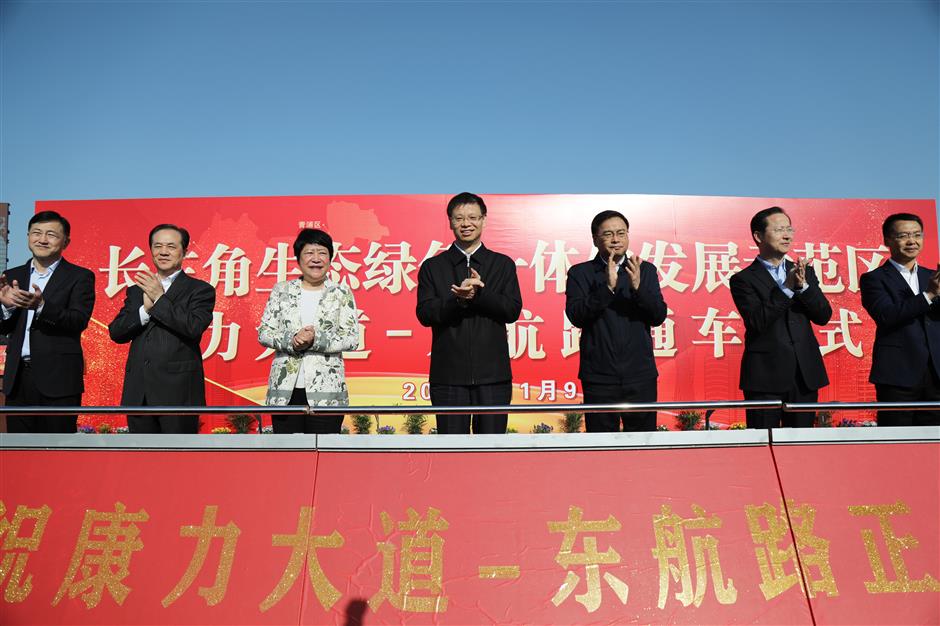 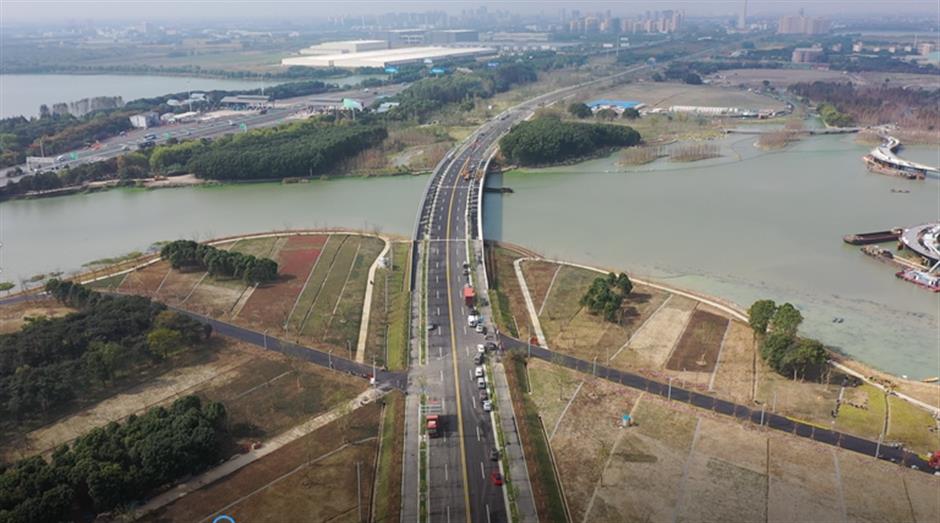 The Donghang Road project was open to traffic on Monday, cutting the travel time between Qingpu District in Shanghai and Suzhou's Wujiang District in neighboring Jiangsu Province to five minutes, compared with 40 minutes previously.

The project is 2.27 kilometers long and has six vehicle lanes in both directions. With a total investment of 240 million yuan (US$36.4 million), the project started construction early last year and was completed in late September.

It starts from Huqingping Highway in the east, crosses Yuandang Lake and connects with the Kangli Avenue in Wujiang in the west.

It is the first provincial dead-end road connected in the Yangtze River Delta Ecology and Greenery Integration Demonstration Zone, bringing convenience to residents of the two places and satisfying their traffic demand.

"The road will become an important connection channel for Jiangsu and Shanghai and it is of great significance in breaking traffic bottlenecks resulting from the restriction of administrative divisions and promoting social and economic development," said Shanghai Vice Mayor Tang Zhiping. 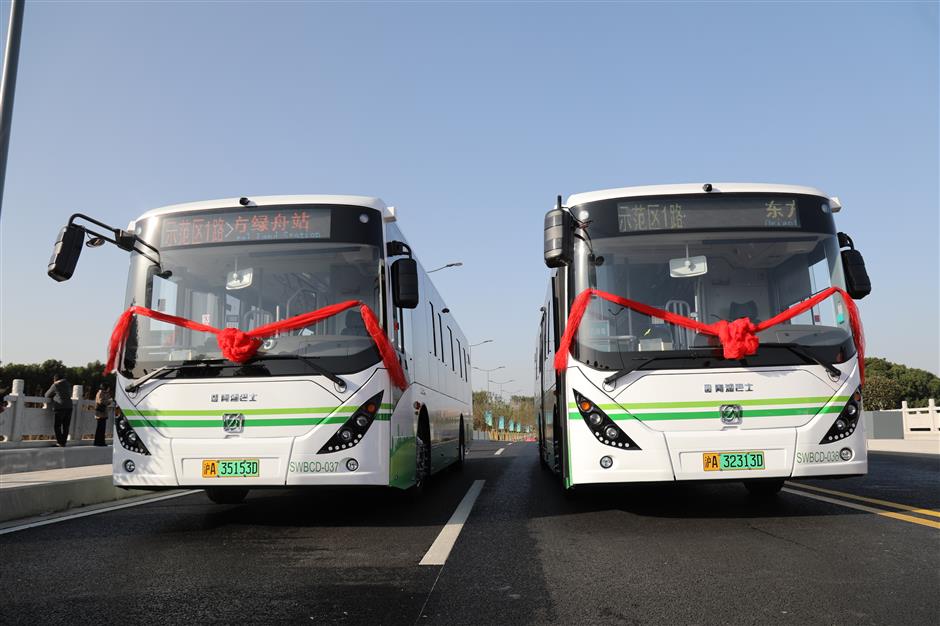 The No. 1 bus of the demonstration zone has its route changed. 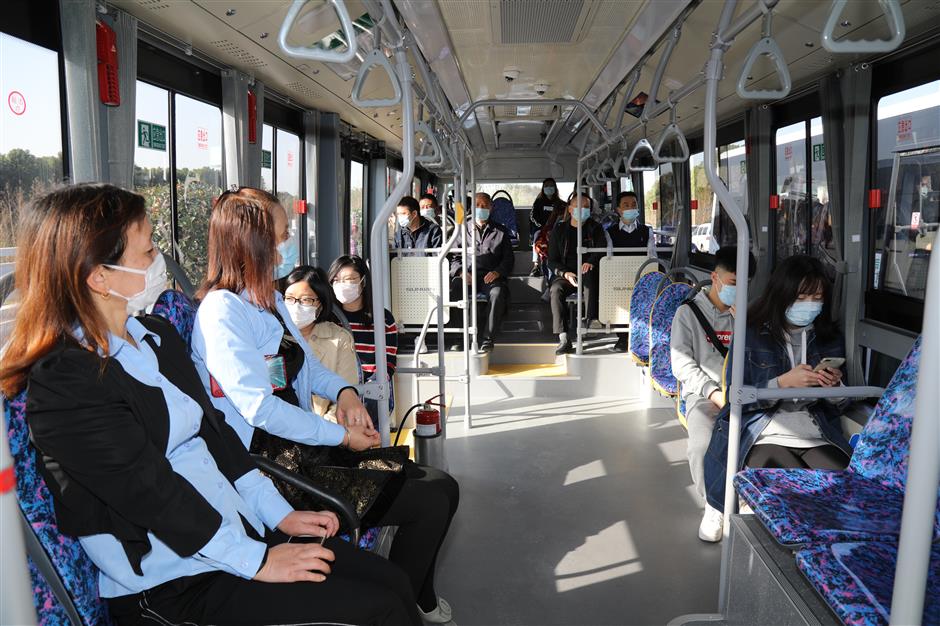 Passengers take the No. 1 bus in the demonstration zone on Monday.

Many residents of Yangwan Village, located in Jinze Town in Qingpu, have relatives and friends living in the Xinta area of Wujiang. To reach them, they used to make a detour on the G50 Expressway and 318 National Highway, adding an extra 10-plus kilometers to their trip.

The No. 1 bus of the demonstration zone has had its route changed following the connection, cutting the distance by 6.2 kilometers.

The route between Oriental Land in Qingpu and Fenhu Bus Station in Wujiang is 19.7 kilometers. Its interval is 25 minutes at peak times and 40 minutes at normal times.

The whole bus route took about one hour in the past, but it's been cut by 20 minutes now, said a bus driver surnamed Li.

The bus has been in operation for more than one year.

"During holidays, the bus is particularly crowded with tourists and people visiting families," said Li.

"The project makes driving easier as well," he added.

Gu Yifan, 27, a resident of Wujiang, was among the first passengers on the bus on Monday morning following the route adjustment thanks to the project.

Her destination is Jinze Town where her grandmother lives.

"It took about half an hour in the past by driving from my home to Jinze, but now it only takes 10 minutes by bus," she said excitedly.

"I can visit Jinze easily every two to three days and buy dried bean curd there, my mother's favorite," Gu said.