A lot of the time, the China International Import Expo is a display of extremes. Here you can see many of the biggest, smallest, thinnest, thickest, cheapest and most expensive, and today was absolutely no exception as I roamed the consumer goods halls.

Don’t let the name mislead you — this hall is jam-packed with exciting record-breakers, most of which the vast majority of us will only ever experience as window-shoppers. 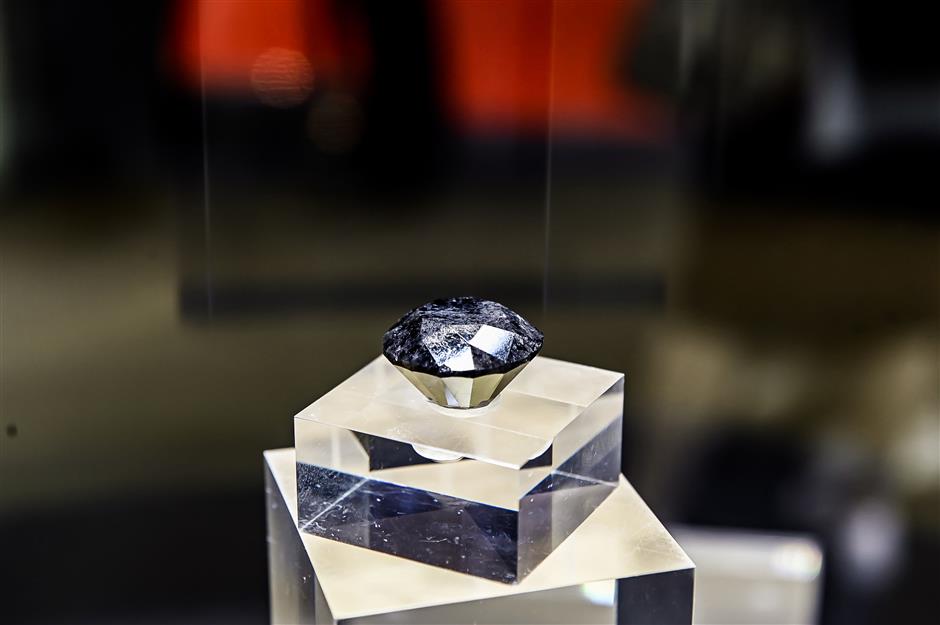 The Korloff Noir 88-carat black diamond was brought into Shanghai from France especially for display at the import expo. It’s said to be one of the largest-known precious stones in the world.

The Korloff Noir is a legendary, 88-carat black diamond that was brought into Shanghai from France especially for display at the import expo. It’s said to be one of the largest-known precious stones in the world.

The diamond, while a bit rough around the edges, is a sight to behold. No worries, it’s not for sale anyway. And even if it were, I don’t think many would be able to stump up the estimated US$37 million value price.

I was content crouching down and admiring the stone through thick glass. If you want to check it out yourself, you can head down to Korloff’s boutique store at L’Avenue Mall after the expo is over. 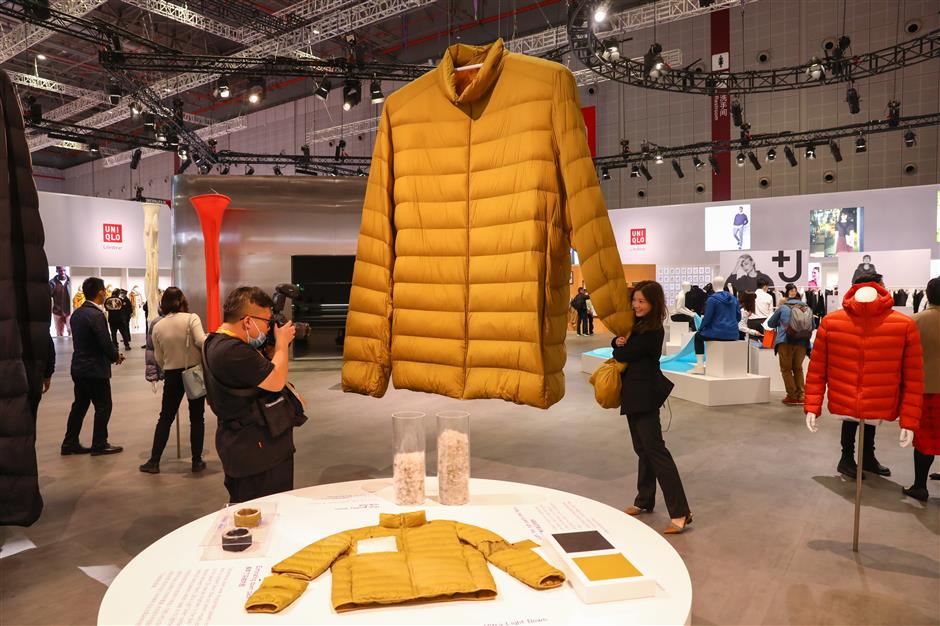 Uniqlo displays the world’s largest jackets, based on one of their popular styles.

On my way over to the LEGO exhibit — one of my favorites every year — I popped in to Uniqlo to take a photo with another of this year’s hot Instagram spot. Here they exhibit the world’s largest jackets, based on one of their popular styles. It’s so huge that I could use one arm as a sleeping bag! Unfortunately they’re not for sale — I do think one would look awesome as a duvet, although it would probably be too big. 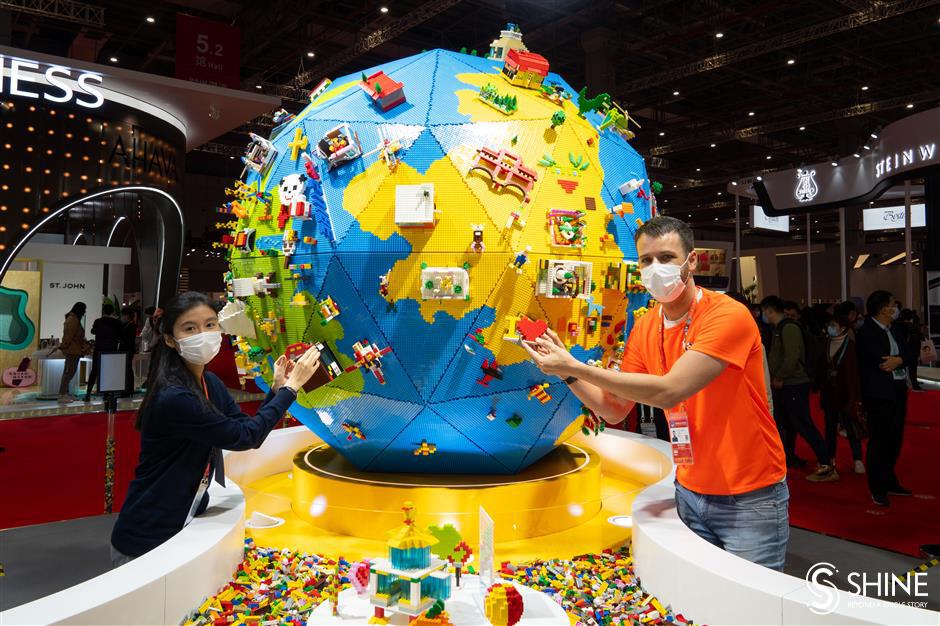 Andy and his colleague Ke Jiayun at LEGO hall which features a LEGO globe this year.

LEGO didn’t let us down this year, featuring a LEGO globe with one hundred LEGO creations by one hundred Chinese kids. “It’s actually encouraging children to build, unbuild and rebuild from the LEGO bricks, and use their imagination and creativity to show how they see the world,” Kamila Tusova, LEGO’s senior model production manager, told me.

The globe isn’t planet Earth, though, she continued. “It’s an imaginary planet somewhere in the universe.”

LEGO has also released four new sets this year especially for the local market, based on Chinese legends and culture. They include the Spring Festival set, which “recreates the magical atmosphere of the festival,” according to the toy-maker. “To inspire children to learn more about Chinese traditions when building, illustrations telling the legendary stories of Nian and the Lantern Festival are added on the building instructions.” Nice! 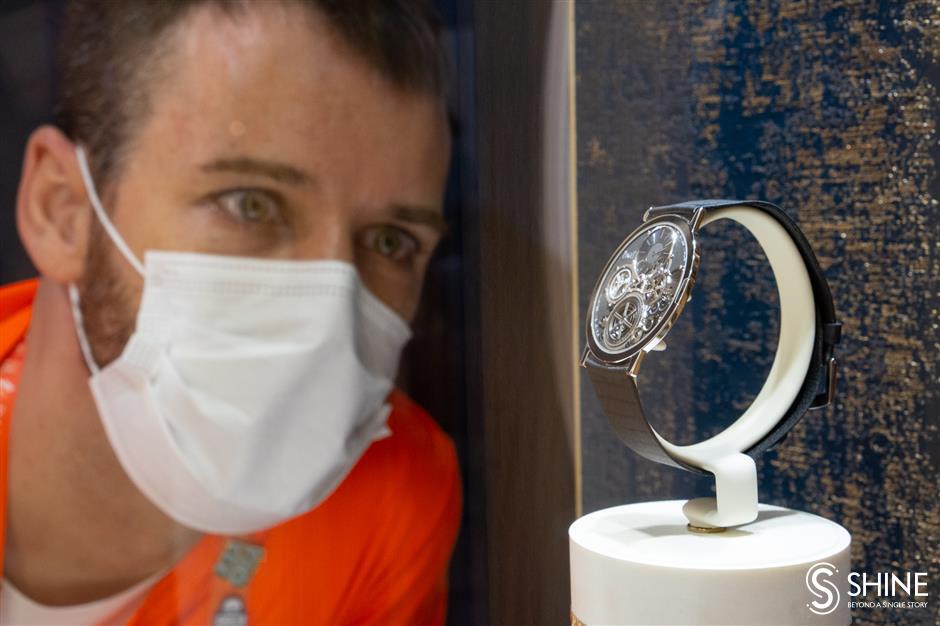 My last stop of the day was at Piaget, a luxury watchmaker and jeweler from Switzerland. There they are displaying another of the records on show at this year’s CIIE: the world’s thinnest wrist watch. Coming in at an impressive 2mm thin, the watch doesn’t have a battery, and instead keeps the time from the wearer’s movement. You can fully customize the watch to your tastes, but it doesn’t come cheap. Be prepared to stump up around 3 million yuan (US$454,763) for the cheapest model.

At that shocker I called it a day, and headed back on a crowded Metro to my humble home and my two cats. Maybe in my next life I’ll be an oil billionaire, or I might even inherit a massive fortune from my trillionaire tech giant grandfather. In any event, I still don’t know if I’d spend some much on a watch with no battery.

See you all tomorrow for the last day of the third annual China International Import Expo!