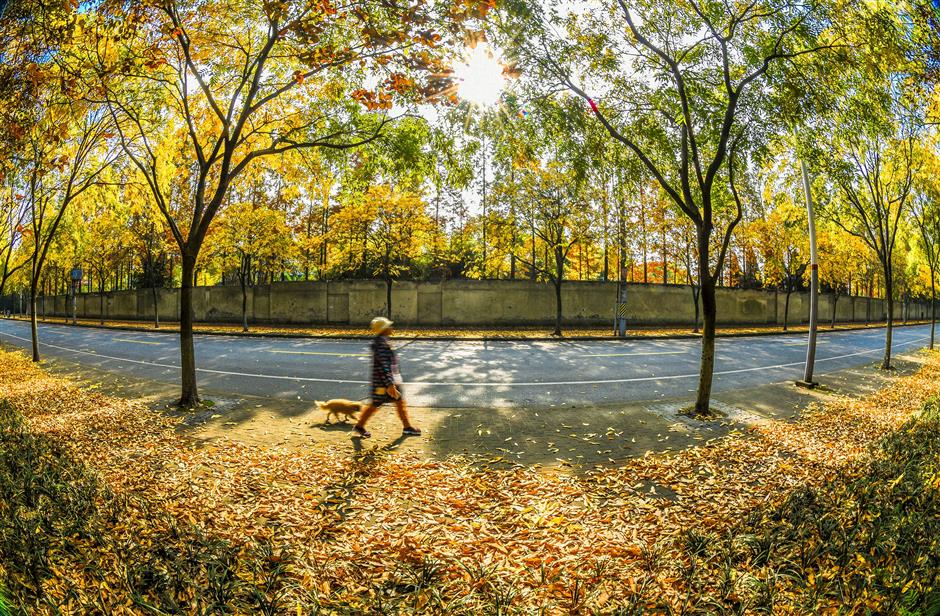 File photo of a street covered with fallen leaves

One of the city's most beautiful autumn scenes has returned again.

Fallen leaves are left on 41 streets in 13 districts this autumn to create a colorful seasonal spectacle, Shanghai’s greenery authorities announced on Monday.

Visitors to Sinan, Julu, Xinhua, Yuyuan, Hunan, Yongfu, Biyun, Fangdian and Fuxing W. roads will be able to appreciate not only the golden canopies above their heads, but the vibrant foliage beneath their feet, the Shanghai Greenery and Public Sanitation Bureau said.

These streets feature a variety of tree species such as plane, soapberry, gingko and willow.

Huale Road and Jinyi Road E. in Qingpu District are among the earliest turning foliage from Tuesday, according to the bureau.

The colorful streetscapes created by fallen leaves on Yongfu and Fuxing W. roads in Xuhui District will last till year-end, at the latest, according to the bureau.

Cleaning schedules will be adjusted and sanitation workers will periodically remove the fallen leaves to keep the streets golden and vibrant, the bureau said.

The leaves shouldn’t affect the flow of traffic, the bureau said.

On rainy and humid days, or in case of public events, fallen leaves will be removed to ensure the safety of pedestrians.