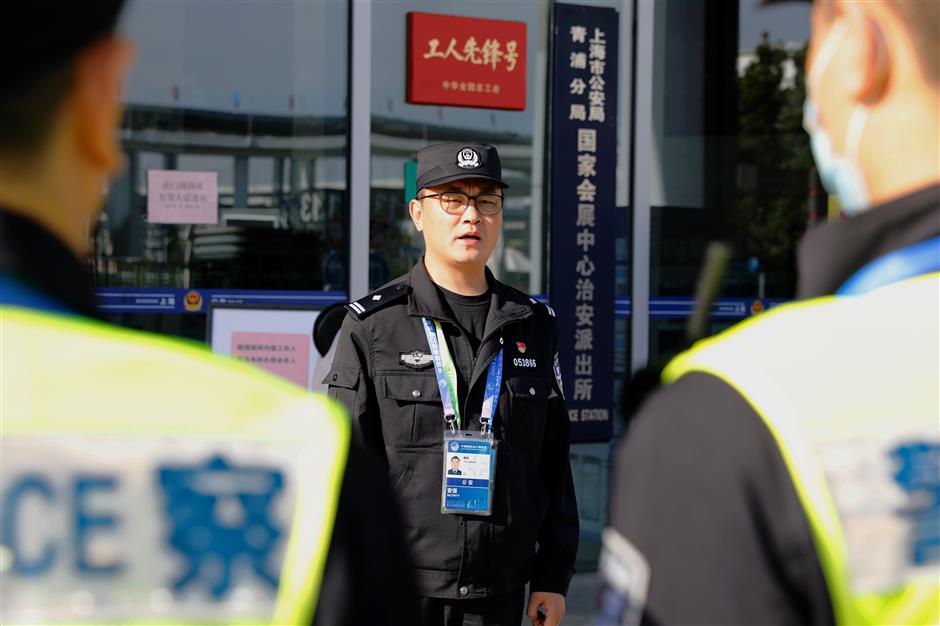 Mei Jun, director of the police station of the National Exhibition and Convention Center.

Police officers have been ensuring that pandemic control measures at this year’s China International Import Expo (CIIE) are carried out in an effective and friendly manner for both exhibitors and visitors.

Mei Jun, director of the police station at the National Exhibition and Convention Center, the expo venue, told Shanghai Daily on Monday that the measures in place drew on the experience of previous large exhibitions in other parts of China.

Events at the venue between February and June had to be cancelled or postponed due to COVID-19. The first public event as China recovered from the pandemic took place in early June, while the first exhibition was held in July.

Mei said his team of 14 officers had been practicing pandemic control measures ahead of the CIIE and had traveled to other cities in China where large-scale exhibitions were held, including Shenzhen and Beijing.

While some 130 exhibitions were held at the Shanghai venue last year, the number planned for this year after the pandemic was brought under control has been reduced to 47. Before the CIIE, the largest exhibition was the China International Industry Fair in September.

“Our basic principles are that all people who enter the venue have to go through temperature checks at two points and to have registered beforehand with verifiable identity information,” Mei said.

During previous events, visitors had to show their identity cards and their digital health code on their phones. At the CIIE, people need only go through a gate wearing their pass.

Mei said this was thanks to the application of big data.

“For the first time, health codes, identity information and COVID-19 nucleic acid test results are integrated into a single pass to an exhibition,” he said.

Visitors to the CIIE this year also had to make a reservation, a measure to control numbers inside the venue.

“This specific crowd control measure is a result of our observation of other large exhibitions,” he said.