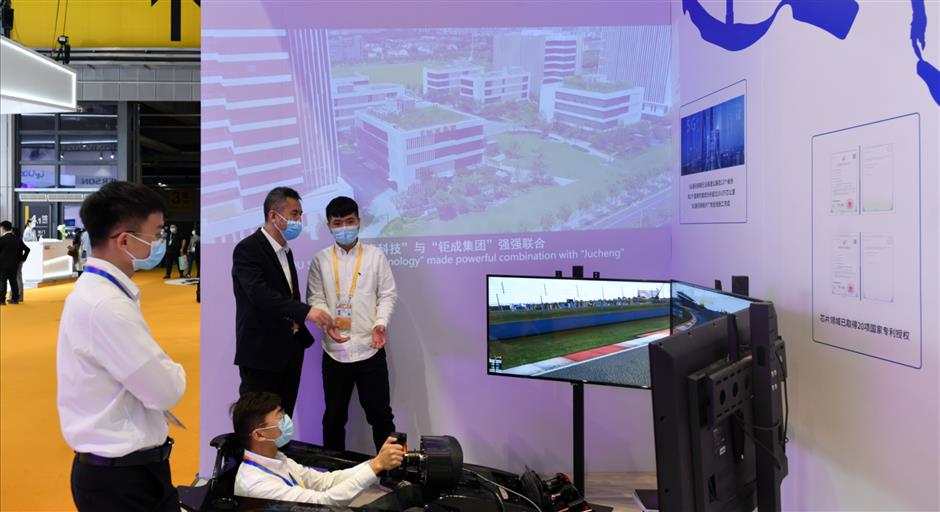 A visitor experiences F1 racing via a simulator at the exhibition area.

Shanghai-based multinational Jucheng Group, which specializes in information technology, new energy and industrial park operation, has reached a number of agreements at the third China International Import Expo, enjoying the spillover effect of the event.

These deals cover areas such as computer chips and the development and operation of industrial park from trading groups in Hangzhou, in neighboring Zhejiang Province, and Guizhou Province.

This is the company's third appearance at the import expo.

The company displays the latest information technologies and services such as Liquid Crystal ON Silicon chips (LCOS) and wavelength-selective switches.

A visitor learns about the latest development in chip technologies at the exhibition area. 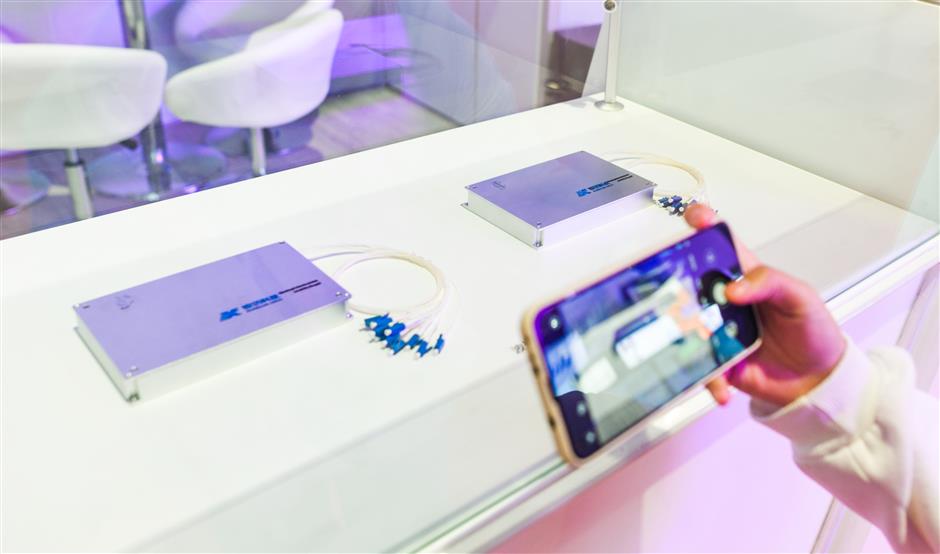 The area displays the latest information technologies and services.

A training simulator for Formula 1 Grand Prix race cars designed by the company is also on display.