Songjiang’s first purchase order at the third China International Import Expo CIIE in Shanghai was made on November 6. The order, amounting to US$15.2 million, was signed between Songjiang-based CNNC Framatome Shanghai Tubing Co and French company Framatome. The contract was settled on material processing and equipment purchase. 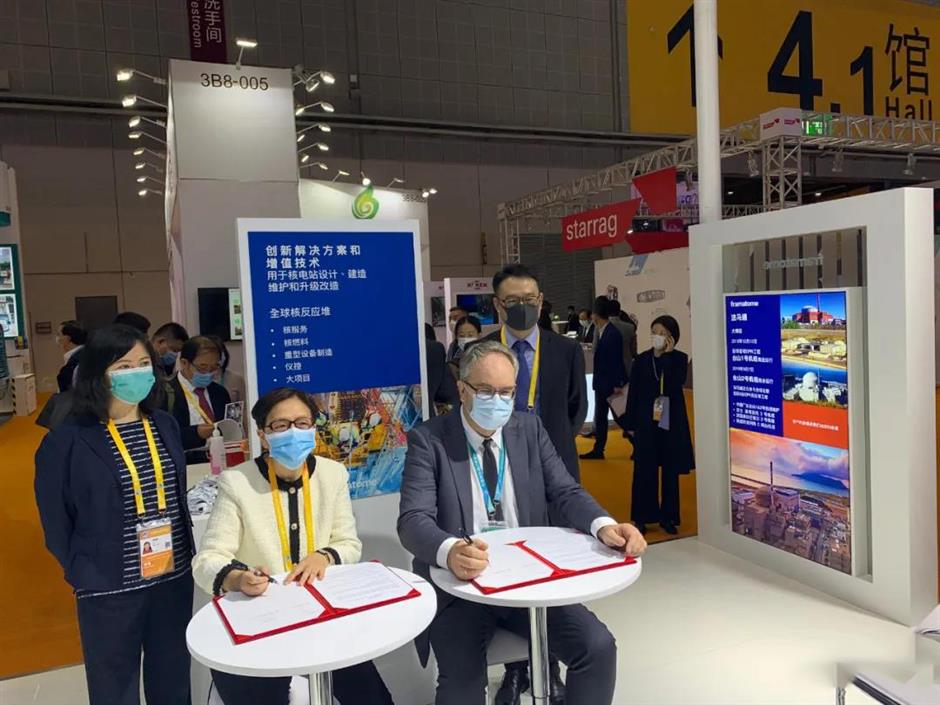 CNNC Framatome Shanghai Tubing Co, the first joint venture founded by China National Nuclear Corporation and Framatome, is a key cooperation between China and France in the field of nuclear energy. The zirconium alloy tubes produced by the venture are used as a key consumable material in a nuclear reactor. The company is also the only supplier of zirconium alloy tubes in China.

“Since our company settled down in Songjiang about a decade ago, it has introduced a batch of high-end technologies here,” said Ye Shaojun, a member of the board of the company. “After the COVID-19 pandemic occurred this year, the company quickly adjusted its production and service to apt for a changing market and customers’ need.”

The stands were set up by Songjiang-based DemageMesse International Conference and Exhibition Service Co.

“DemageMesse has helped more than 30 renowned brands set up or design their CIIE exhibition stands, including those of Siemens in the medical devices hall, logistics giant ProLogis and paper industry giant APP in the service and trading hall,” said Wei Taichang, CEO of DemageMesse.

While serving the CIIE, DemageMesse is also an exhibitor company this year. 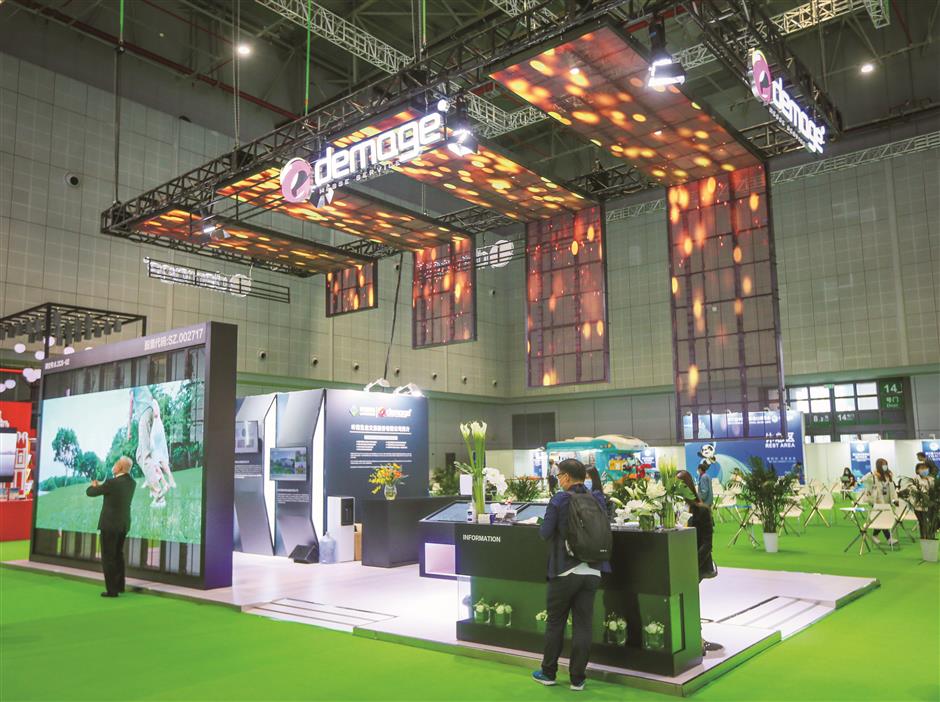 DemageMesse International Conference and Exhibition Service Co, a Songjiang-based company, has helped more than 30 renowned brands to set up or design their CIIE exhibition stands. This year, it has a double identity as the expo’s exhibitor company. Its stand, featuring vibrant colors and an immersive visiting experience, attracted many visitors.

Its exhibition booth set up in the service and trading hall features vibrant colors and an immersive experience. Businesspeople were attracted to the booth and listened to introductions by staff members of the company on how to adopt multimedia technologies in cultural broadcasts and new market adaptations.

“DemageMesse has been an officially appointed exhibit producer for the CIIE for three consecutive years. This year we are also an exhibitor company. We feel a lot of responsibility,” said Wei. 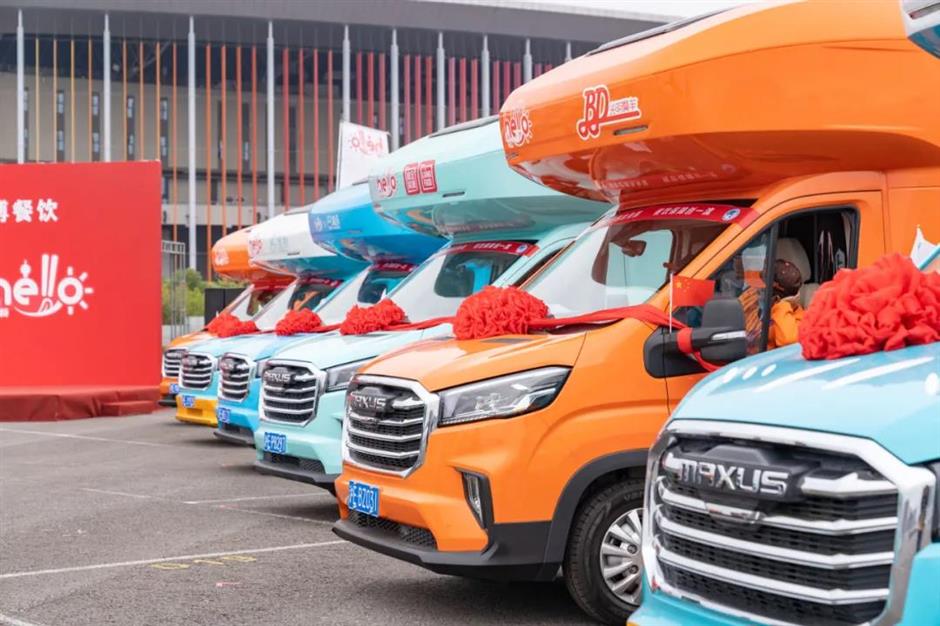 “We will further study President Xi’s speech and work on issuing policies that ensure foreign investment and trade, help multinational companies to set up headquarters and research centers in Songjiang, and support foreign capitals to increase their amount and shares,” said Chen Rong, head of the Songjiang Economic Committee.

“Manufacturing sectors in China have become an essential component in world industrial chains and supply chains. The vast domestic market in China will keep on stimulating global creativity,” said He Jianxin, deputy manager of Shanghai Tonglian Pharmaceutical Co, a company that is running the world’s only kelimycin production line in Songjiang.

“President Xi’s keynote speech shows China’s determination and confidence that it will further open itself up to the outside world,” said Zhang Zuqiu, CEO of Shanghai Baolong Automotive Corp in Songjiang.