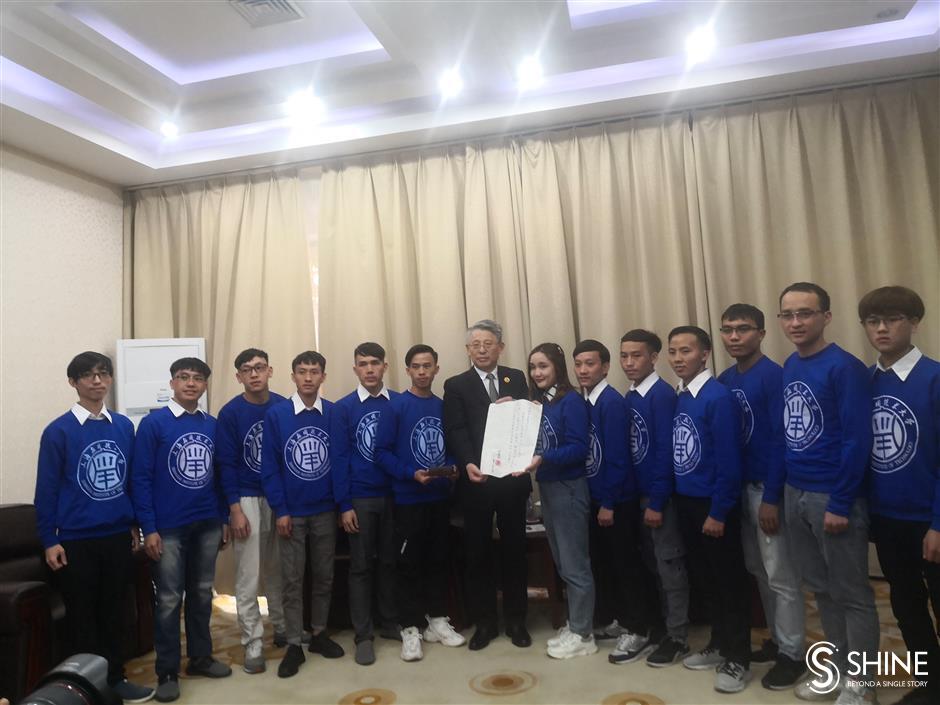 Sha Hailin, chairman of the Shanghai People's Association for Friendship with Foreign Countries, pictured with Laos students at the Shanghai Institute of Technology.

Eight railway engineering students from Laos are finishing their studies and will return home to work on the ongoing China-Laos railway project.

A conference was held at the Xuhui campus of the Shanghai Institute of Technology on Thursday to say farewell to them and further promote friendship between China and Laos.

Construction of the China-Laos railway is proceeding smoothly and it is due to open to traffic in December next year.

"China and Laos are good neighbors and good friends," said Sha Hailin, chairman of the Shanghai People's Association for Friendship with Foreign Countries. "Laos made donations to China after the COVID-19 outbreak and stood with Chinese people through this difficult time, which was heart-moving," he said.

"The construction of the railway will facilitate trade and investment, boost good-quality agricultural products from Laos into the China market, and promote tourism cooperation," said Sha.

"It is expected that the railway will enable exchanges of the two peoples to deepen their understanding and benefit the two countries when it is open to traffic next year," Sha said. 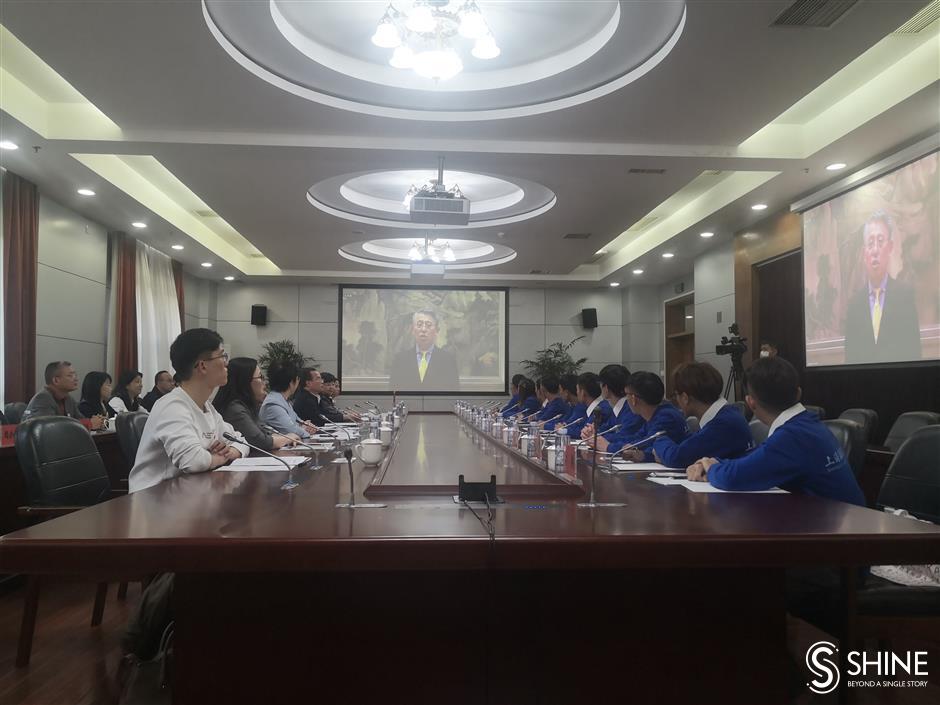 The conference at the Shanghai Institute of Technology to bid farewell to eight students from Laos.

The Shanghai Institute of Technology signed a cooperation agreement with Souphanouvong University in 2017 to cultivate talent specializing in railway engineering.

Under the agreement, 24 Laos students have been studying at the institute, and the first eight of them will return to Laos next week.

"The project has achieved fruitful results and these students will serve as the ambassadors of cultural exchanges, deepening the friendship of Chinese and Laos people," said Guo Qingsong, Party secretary of the Shanghai Institute of Technology.

The students and their teachers and classmates in Shanghai have established an online exchange platform, boosting understanding and connections of the two countries via the railway platform.

"The railway not only links commodity exchange and economic and trade cooperation, but also the prosperous future of the two countries," Sha said.

Construction of the railway began in December 2016 and its bridges, tunnels and road bases should be finished by the end of this year, said Xiao Qianwen, general manager of the company in charge of the project.

Seventy-five tunnels have been connected, with 167.6 kilometers of railway tracks already paved, which will reach Luang Prabang by the end of the year, he said.

The railway is among the most rapidly proceeding projects of all Belt and Road projects, said Xiao.

"I chose to stay in Shanghai with many classmates after the COVID-19 pandemic outbreak and we made a video, expressing our best wishes to China," said Sou Xong, a Laos student.

"We encouraged each other and supported each other via the Internet, and I have made friends with many Chinese students when taking online classes together," he said.

"Many people in Laos are not familiar with railways and we will have a role in promotion," he said. "We will serve as engineers of both the railway and friendship of the two peoples.

"Shanghai is my second hometown and I will share the memory here with more people," he said. "I hope I will be back frequently.

"I hope more Chinese friends will visit Laos once the railway is open to traffic.”