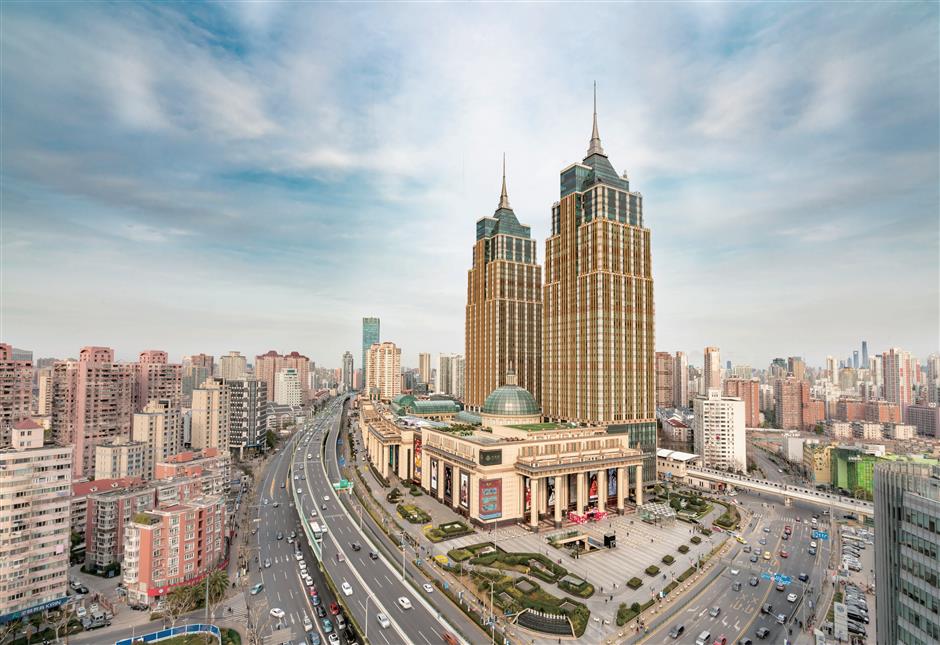 Putuo District, an important gateway in west Shanghai, has been gearing up for the 3rd China International Import Expo which concluded on Tuesday.

Under the theme of “Embracing the CIIE Launching Season,” a number of events have taken place at Putuo’s Global Harbor — the largest downtown shopping mall — to support CIIE and accelerate China’s “dual-circulation” development pattern, an initiative where domestic and overseas markets support one another.

As part of the event, shopping carnivals featuring thousands of products from the trade expo have been launched at nearly 100 Global Harbor and Yuexing Furnishing malls across the country. A “CIIE near home” section features 1,000 CIIE products from nearly 20 nations and regions.

Popular exhibits from previous expos are showcased at Galaxy World on Global Harbor’s fifth floor. Parades also take place in the mall with performances from across the world, including an English military-inspired drum show.

“From the World Expo 2010 to CIIE, China’s opening-up process has never stopped and reforms will continue,” Zhou said. “Against the backdrop of anti-globalization, CIIE is yet another indicator that China will continue to reform, open up and promote high-quality development. CIIE will bring new opportunities to promote exports, improve the international business environment and promote the import and export of technology.”

During the carnival event, hundreds of international brands signed agreements with Global Harbors across the nation. A commercial alliance has also been launched to gather famous global brands and drive consumption upgrades.

The Yuexing Group unveiled its “Global Cloud” platform consisting of livestreaming platforms and digital marketing services based on Internet and machine-learning technologies.

“The ‘Global Harbor Phenomenon’ not only shows how the brick-and-mortar economy has adapted, but also highlights the integration of industrial chains and the spillover effects of CIIE,” said Ding Zuohong, chairman of the Yuexing Group.

Li Gang, director of the Putuo Commerce Commission, released the 2020 version of the Putuo Investment Guidelines, along with several tour routes designed to introduce CIIE participants to the district’s business environment.

Three routes have been newly developed.

The first is a cultural and creative journey along Suzhou Creek, home to the century-old Jade Buddha Temple, the contemporary art mecca M50 and sites that date back to the country’s earliest industries — such as Suzhou Creek Textile Museum and the Mint Factory. A highlight of the tour is Mengqing Garden, which features “big fish” island, an artificial wetland and exhibition hall. Suzhou Creek flows through the park and is purified by the artificial island’s plants and soil.

The second route showcases the district’s technology and finance industries. It begins at the Shanghai Science and Technology Industry Zone, and proceeds along the China Blockchain Application Research Center to reach the M&A Financial Museum and the Shanghai Convention and Exhibition Center of International Sourcing.

Those on the tour can visit the Shanghai Science and Technology Financial Industry Park to learn about state-of-the-art cloud computing, big data, artificial intelligence and blockchain technologies. 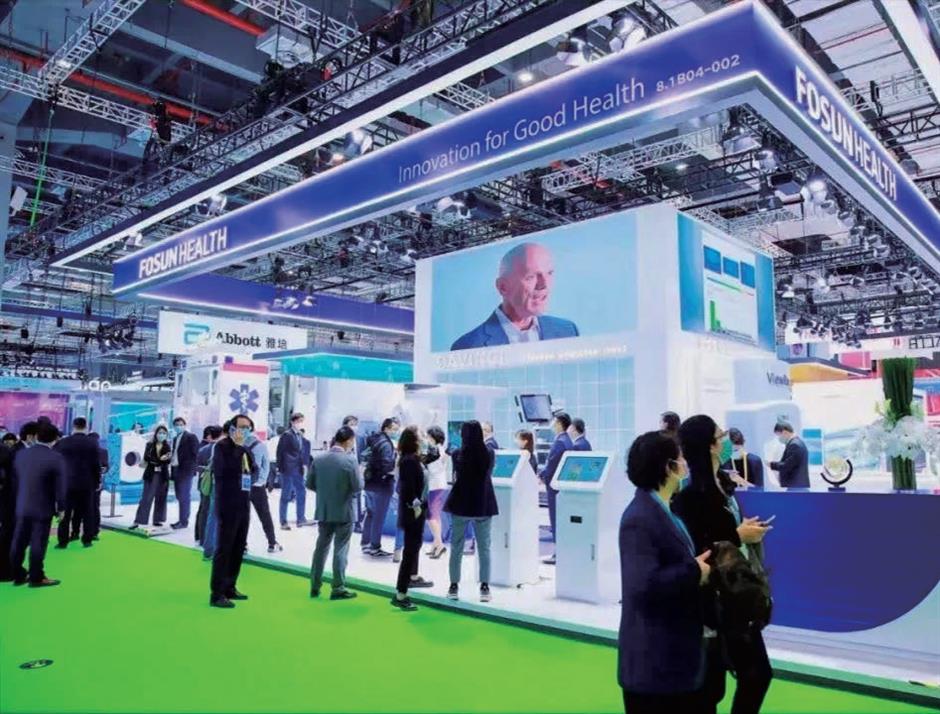 Shanghai officials released an updated investment map at the 2020 Investment Promotion and Matchmaking Conference for CIIE in Putuo that addresses the needs of foreign investors.

The 2020 Map for Investment in Shanghai includes 50 routes in eight categories for investors to explore, including financial services, scientific innovation, cultural innovation and equipment manufacturing.

Three new routes centered around new consumption, artificial intelligence and biopharmaceuticals replaced those related to fashion and culture in the 2019 version.

The conference, organized by the Shanghai Commission of Commerce and the Putuo government, attracted more than 200 people, including officials and investors from the United Kingdom, Germany, Italy, Spain, Hungary, Bulgaria, Japan and Thailand.

“The investment routes let people experience Shanghai’s most outstanding features and professional services while being exposed to the city’s many prosperous businesses,” said Xue Feng, director of the Shanghai Foreign Investment Development Board.

For the first time, the map leverages virtual-reality technology at key sites such as the North Bund waterfront, Caohejing Development Zone and Changyang Campus.

Users can scan a QR code on the map to access it on their mobile phones, and investors can contact specialized staff via a hotline or e-mail address marked for each site.

Despite the pandemic, foreign direct investment in Shanghai between January and August reached 91.9 billion yuan (US$13.9 billion), a 5.9 percent increase year on year.

Thirty-four regional headquarters of multinational corporations and a dozen research-and-development (R&D) centers have been set up in Shanghai as of August, said Zhang Guohua, deputy director of the city’s commerce commission.

Bryan Zhang, managing director of Sapience Pro, a CIIE participant which helps foreign companies do business in China, said an increasing number of foreign entities are interested in investing in Shanghai and across China this year despite the pandemic.

“We’ve launched an online platform to serve foreign investors who can’t come to China because of the pandemic,” Zhang said. “Projects under negotiation include ones from Italy, Belgium, Australia and Thailand.”

After the release of the 2019 investment map, local government bodies and districts visited more than 3,800 exhibitors at last year’s CIIE, primarily in retail, manufacturing and biopharmaceuticals, according to the bureau.

Agreements for 32 projects in the city by 2019 CIIE exhibitors were signed earlier this year.

City officials showcase Putuo to foreign companies due to its regional superiority. The region is an important gateway to connect other Yangtze River Delta cities and influence the entire country. Five Metro lines in operation — 3, 4, 7, 11 and 13 — and two lines currently under construction — 20 and 22 — run through the district.

The intercity high-speed railway between Shanghai and Nanjing in neighboring Jiangsu Province interchanges with many of the city’s Metro lines at the Shanghai West Railway Station in Putuo. The Hongqiao traffic hub is only 10 kilometers away, and Shanghai Pudong International Airport is within 50 kilometers.

The district along Suzhou Creek is full of cultural resources. A 14.3-kilometer-long section of the creek runs through Putuo and is the birthplace of China’s national industry. Relics of the area’s industrial heritage, such as the city’s earliest flour and match plants and its first brewery, are located along the creek’s 18 bays.

In recent years, Putuo has integrated technology and innovation to transform industrial structures, while driving key industries such as intelligent software, R&D services and scientific finance.

It has attracted many regional headquarters of commerce and trade companies, such as METRO, Carrefour and NGS Supermarket Group.