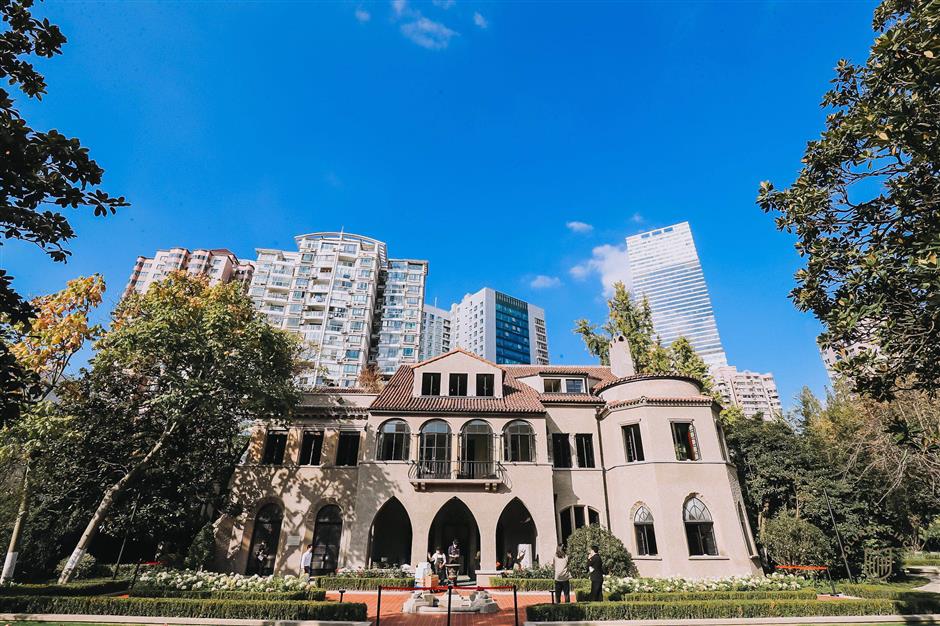 The Sun Ke Villa, built in 1931 at 60 Panyu Road in Changning District, is opening its ground floor to the public.

A villa designed by renowned architect Laszlo Hudec as his ideal Shanghai home and which later belonged to Dr Sun Yat-sen’s son Sun Ke will open to the public for the first time on Saturday.

The Sun Ke Villa, built in 1931 at 60 Panyu Road in Changning District, will open its ground floor with an exhibition on how the historic structure and surrounding area known as the Columbia Circle compound were preserved.

“IDEAL: The Exhibition of Urban Regeneration and Historical Review of Columbia Circle” will open through March 14. Reservation is required through the Columbia Circle WeChat mini program.

The first week to November 19 was booked out shortly after an online reservation channel opened.

The 1,051-square-meter, three-story villa is part of the Columbia Circle compound, once a country club and a gathering place for Americans between 1927 and 1942 in the then outskirts of the city.

Hudec mainly drew on the Spanish-style architecture that was in vogue in the US at the time and built the garden villa for himself next to the club.

It blends at least five architectural styles, with Spanish red tiles and roof, Baroque window frames, Islam arc and tipped decoration and Renaissance-style chimneys, said Su Xinbao, who is in charge of the renovation project.

Hudec traveled across Europe in 1926 and 1927 to study the various architectural styles. The experience inspired him in his design of the villa.

In 1932, Hudec transferred ownership of the villa to Sun Ke in gratitude for personal favors. Sun, then head of the legislative body and vice president of the Kuomintang government of the day, lived in the villa between 1932 and 1948.

Chen Yi, Shanghai’s first mayor after liberation in 1949, turned the compound over to the Shanghai Institute of Biological Products in 1951, when the villa became offices of the institute. 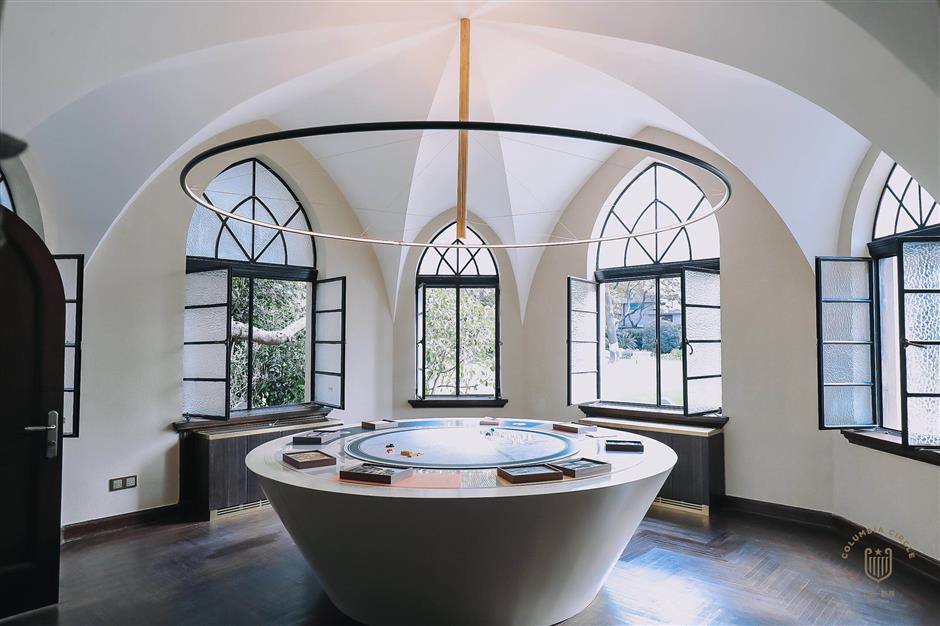 A former sitting room now hosts an exhibition on the history of the building.

The villa is among few local sites that comprise exquisite historical architecture, which are former residences of celebrities and have remnants of early scientific research, according to Vanke, operator of the renovation project.

The villa is well-preserved because it was listed among Shanghai’s first group of protected historical buildings in 1999. It has never been open to the public before.

“Architects have stuck to the principles to impose minimum interference while making the original details recognizable during the renovation,” said Zhang Hai, Vanke’s senior vice president.

The renovation project was launched in October 2019 after three years in planning.

The exterior walls have been cleaned and ventilation improved to ward off mold in the wooden ground floors. The wooden roof, eaten by termites, has been replaced by similar old material collected from across the nation.

Some details of the three-story villa have been retained, such as its natural wooden floors, a curving staircase, French windows and elegant chandeliers. Quarters that once housed servants are attached to the villa.

As one of the highlights, the characteristic fish scale wall has been restored by a group of experienced masons who were all over 60 years old. The technique they used is rare among local historical villas.

The ground floor will open for cultural exhibitions, while the upper floors will be used for cultural salons or meetings in the future. 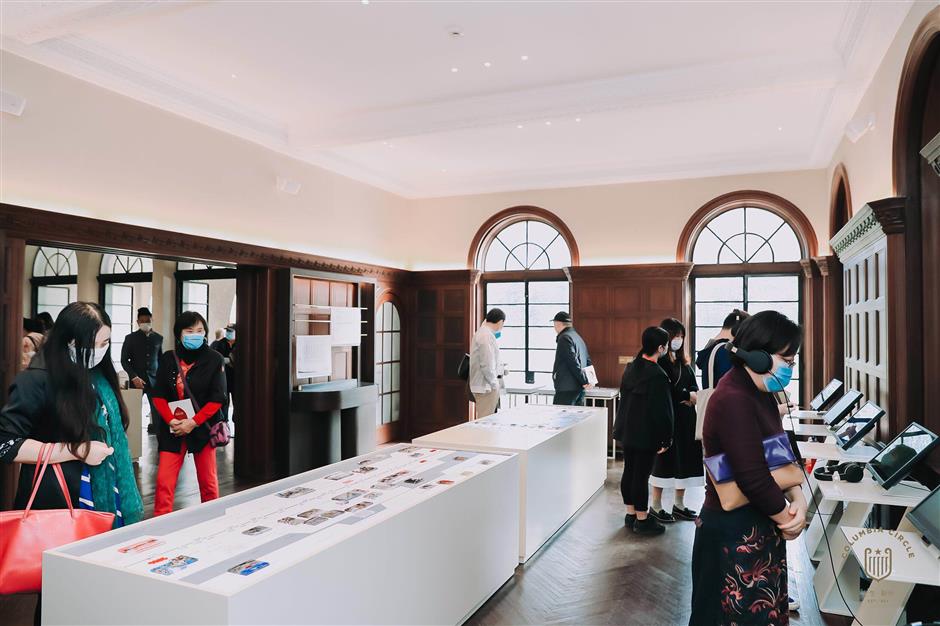 The number of visitors will be strictly controlled to protect the structure, according to Vanke. Large items such as prams are forbidden, while eating, drinking or smoking is also banned.

Many artefacts such as the original doorplates of the first batch of inhabitants living in the community are being exhibited for the first time.

In a video exhibition, four retired employees of the institute and old residents living nearby were interviewed to recall their lives in the area.

Chang Guocai, a retired official with the biological institute, said he used a bedroom, dining room and guestroom in the Sun Ke Villa as offices in 1984. In his spare time, he said he liked telling the history of the site to young employees.

“Historical buildings deserve proper protection so that the old stories behind the structures can be retained,” Chang said.

The opening of the villa marks the completion of the urban renewal project on the Columbia Circle.

The historic compound now features restored structures, as well as offices, entertainment venues and cultural amenities. Other key landmark structures, such as the Columbia Country Club, the Navy Club and a well-preserved swimming pool, along with 11 industrial buildings belonging to the institute, have opened to the public. 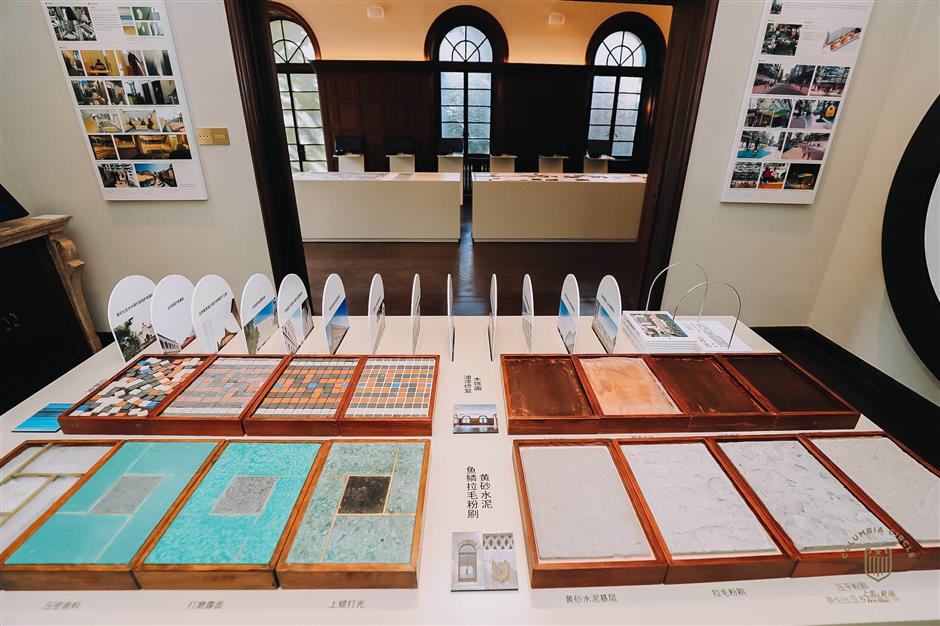 The exhibition details the techniques used in the renovation project.