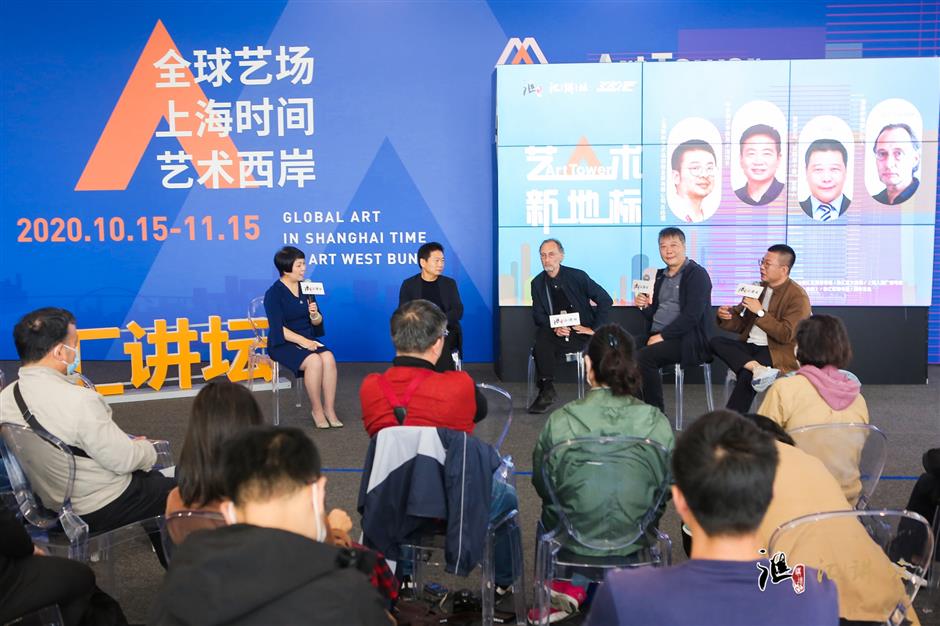 A public forum was held in the ART Tower on West Bund to conclude the 2nd Shanghai International Artwork Trade Month.

Three exhibitions at the newly unveiled ART Tower on West Bund closed on Sunday after a month of large crowds.

The exhibitions had been open to the public free since the landmark building was officially launched at the beginning of the 2nd Shanghai International Artwork Trade Month which ended on Sunday.

They include exhibitions of thangka, a type of Tibetan religious scroll painting woven into colorful satin fabrics,  artworks from the bonded warehouse of West Bund, and a contemporary exhibition from the popular ShanghART Gallery.

Curators and officials in charge of the exhibitions introduced highlights and shared their understanding of modern art during the monthly Hui Forum over the weekend.

Hu Wei, the curator of the thangka exhibition and an official with the city’s cultural heritage administration, collected the thangkas and learnt the meaning of the historic art, when he worked as the head of the cultural bureau in Shigatse in southwest China's Tibet Autonomous Region several years ago. 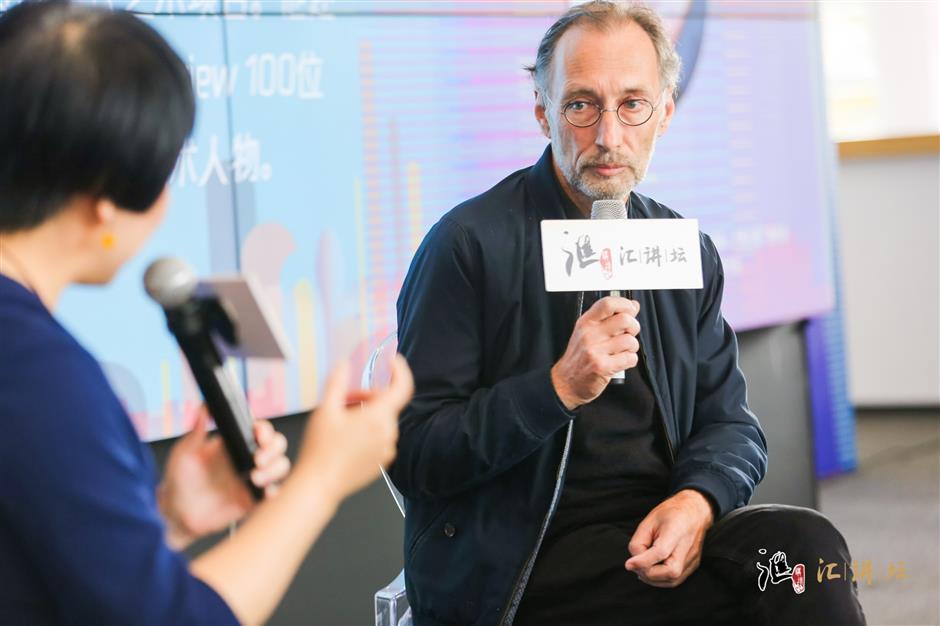 “The glory of traditional art won’t vanish, but leads modern artists to keep depicting, thinking and exploring,” Hu told the public lecture in the ART Tower.

The thangka paintings have also been evolving along with social development, Hu said. The early painting styles featured thin faces and slim bodies, while the figures in traditional art becomes fatter with the advancement of production.

Lorenz Helbling, the founder of ShanghART Gallery, said galleries should play a key role in promoting art to the public.

“Art galleries should offer more opportunities for the artists to create, while allowing more audiences to watch,” Helbling said.

Compared to museums, art galleries can be more flexible to launch some experimental exhibitions.

Zhang Zikang, the curator of the CAFA Art Museum of the Central Academy of Fine Arts, said art can drive the innovation and development of a city.

“Art is the endless drive to push the development of society,” Zhang said.

A complete art exhibition should include both the art creation and the understanding and thinking of the audiences.

“This thinking would eventually drive the innovation of a city,” he added. 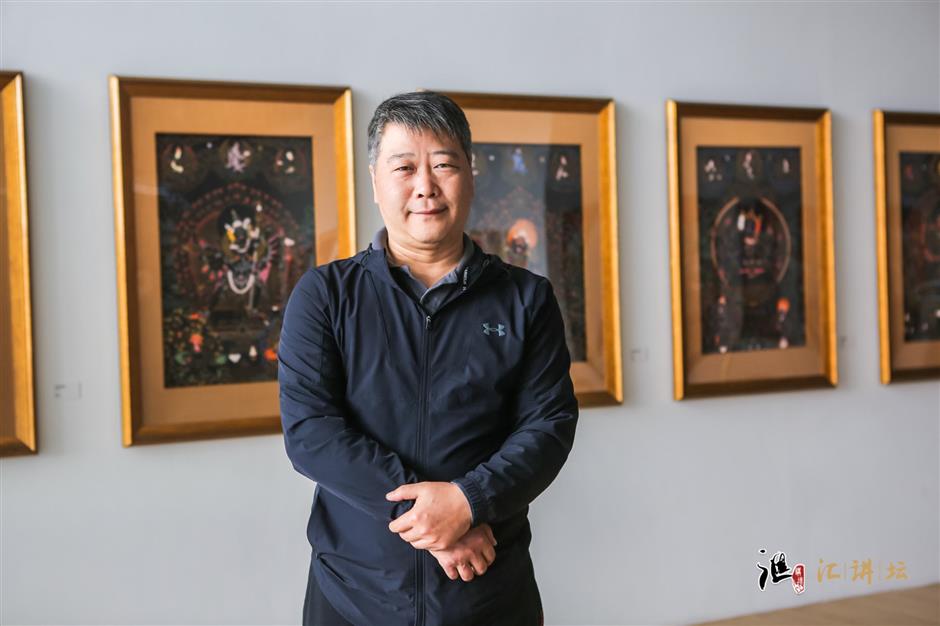 Curator Hu Wei with the thangka paintings on the second floor of the ART Tower.

Covering a construction area of 93,000 square meters, the seven different buildings will attract the world’s leading art organizations and become an international art trading center, according to the district government.

The complex is set to become the “Shanghai Landmark for the global artwork industry.”

The Shanghai International Artwork Trading Center has relocated to the complex to offer services such as art restoration and one-stop trading.

The West Bund Science and Art Innovation Lab was also unveiled in the tower as the practice base for the Central Academy of Fine Arts. 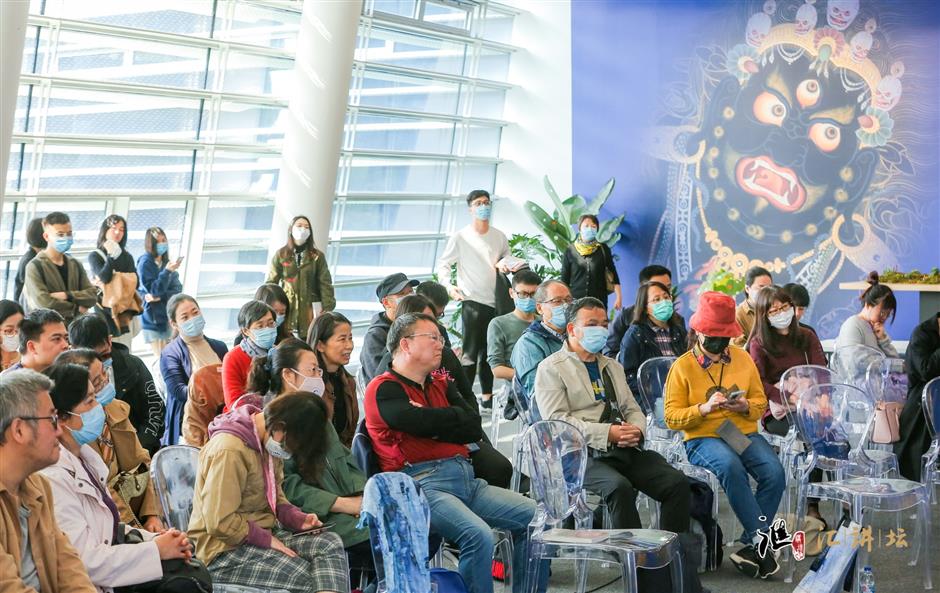 People attend the Hui Forum in the ART Tower. 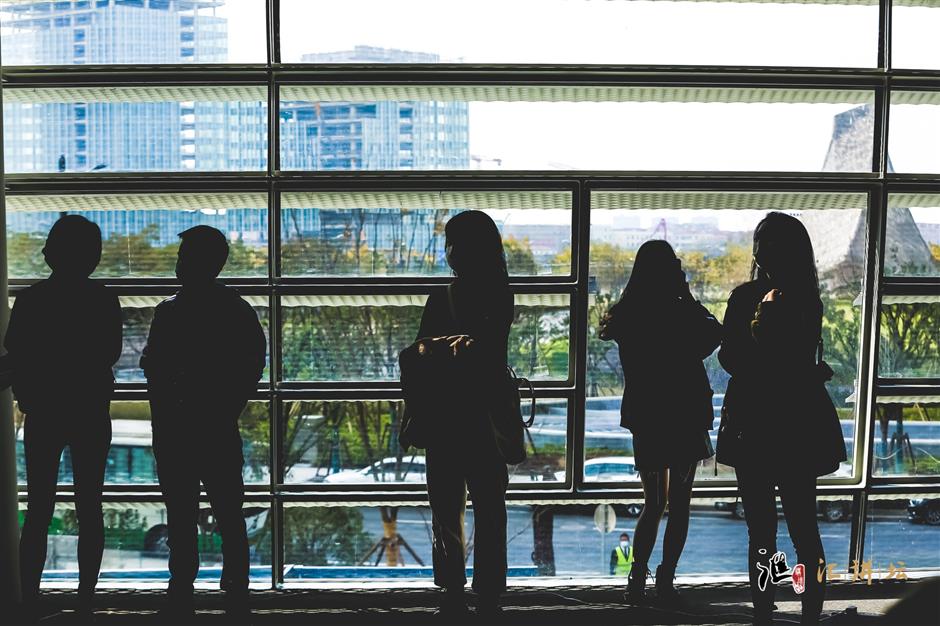 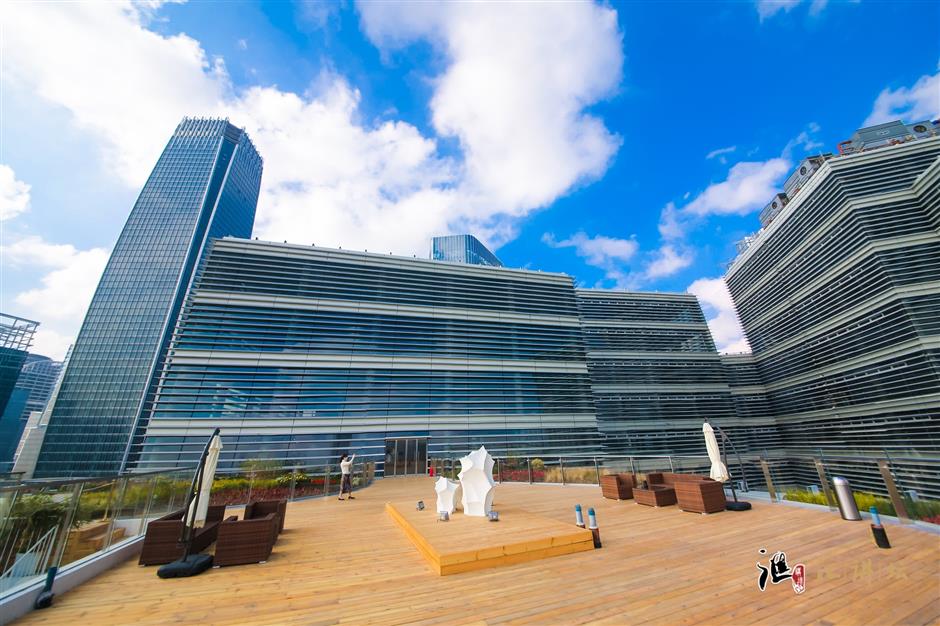 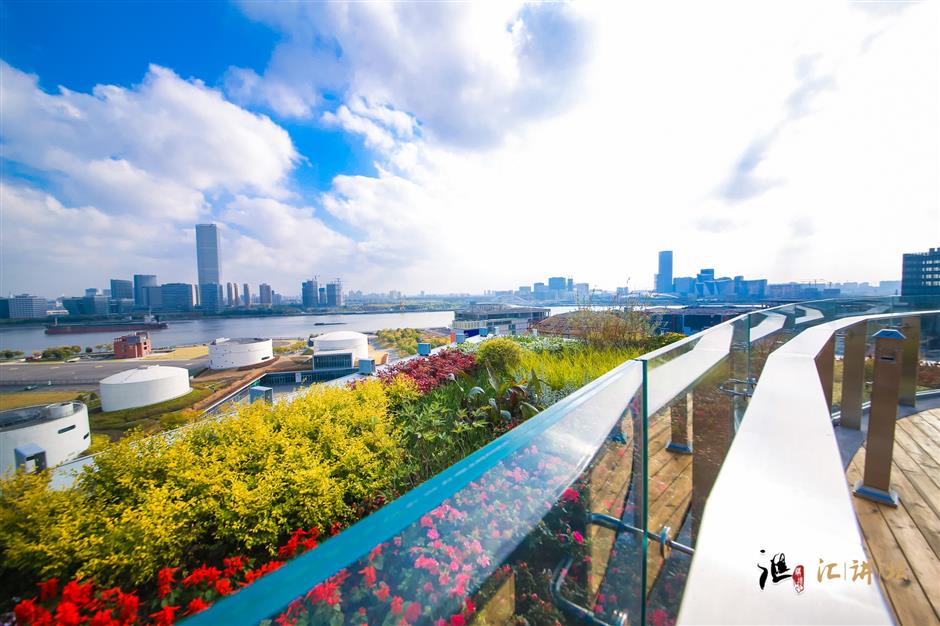 The scenic West Bund waterfront at the ART Tower.