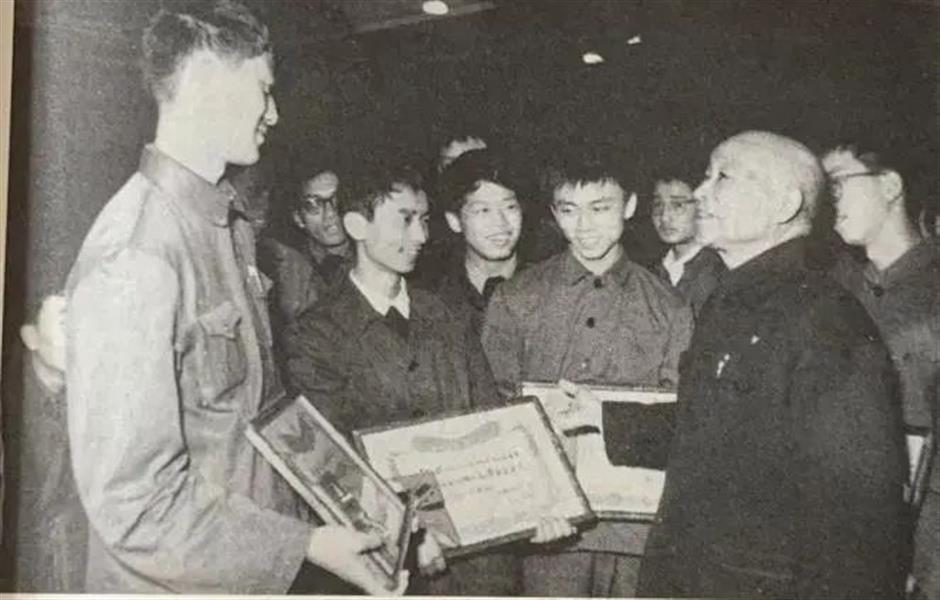 Su Buchin (right) meets winners of a math competition in Shanghai in 1978.

A ceremony was held at Fudan University over the weekend to celebrate the naming of an asteroid after famous Chinese mathematician Su Buchin (1902-2003), also known as Su Buqing.

At the Fudan ceremony, where Su had worked as president, the notification by the International Astronomical Union, a certificate by the Purple Mountain Observatory of the Chinese Academy of Sciences, a photo of the asteroid and a compact disc recording its planetary orbit were presented to Su’s family. A plaque of the “Su Buchin Asteroid” was also unveiled. 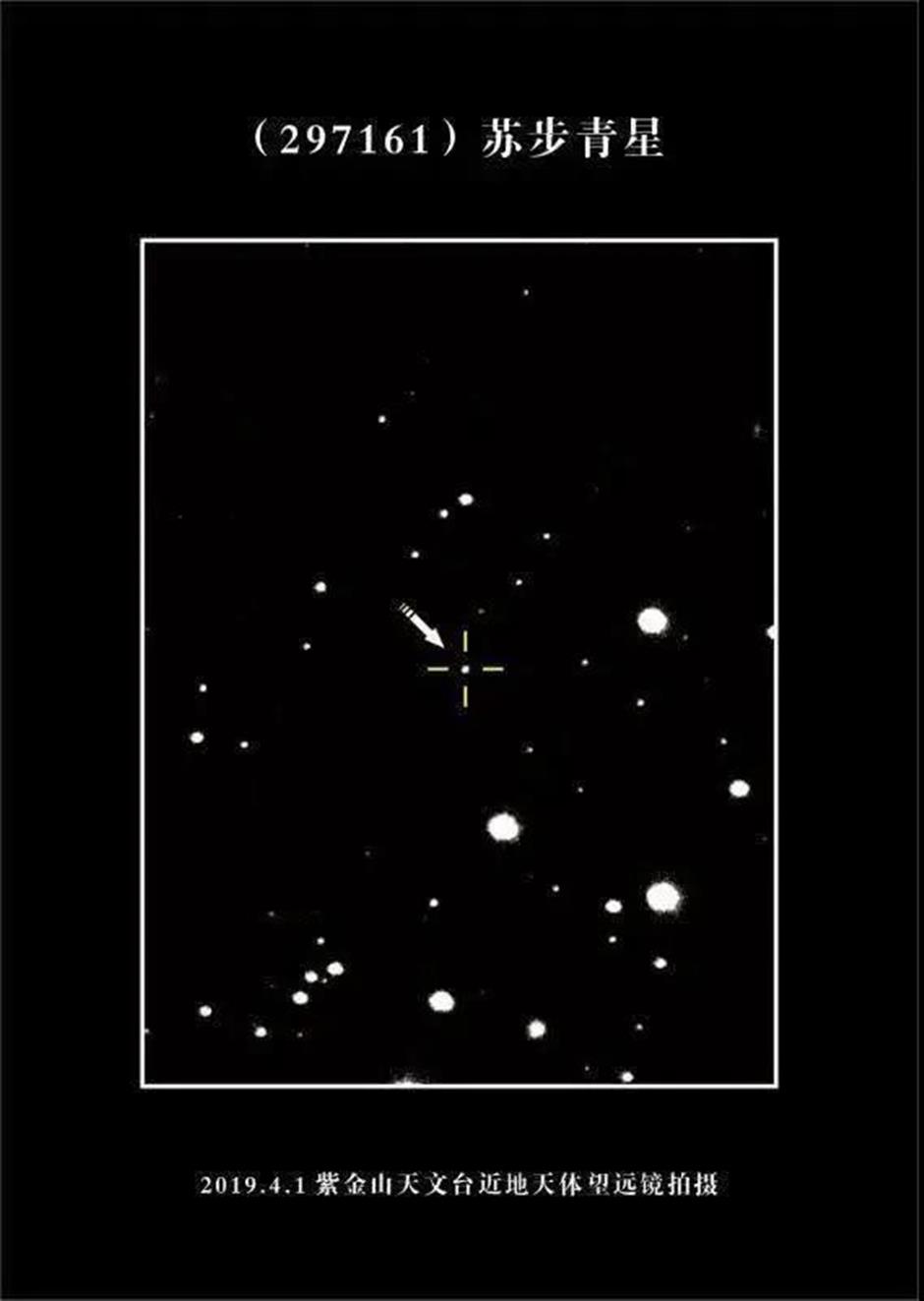 A photo of the Su Buchin Asteroid taken by the Purple Mountain Observatory on April 1, 2019.

According to the observatory, the small asteroid was discovered by its survey program at Xuyi of Jiangsu Province on February 29, 2008, and numbered 297161.

In 2019, after a proposal from the Ho Leung Ho Lee Foundation, the Purple Mountain Observatory submitted an application to the International Astronomical Union to rename the asteroid after Su. The union approved the application and released a notification on November 8 last year to officially name it after Su.

The orbit of the Su Buchin Asteroid

According to the university, the naming of an asteroid after an outstanding scientist is an honor that is internationally recognized, permanent and unalterable. Before Su, Fudan’s professors – geneticist Tan Jiazhen and mathematician Gu Chaohao – had also won such honors in 1999 and 2009. 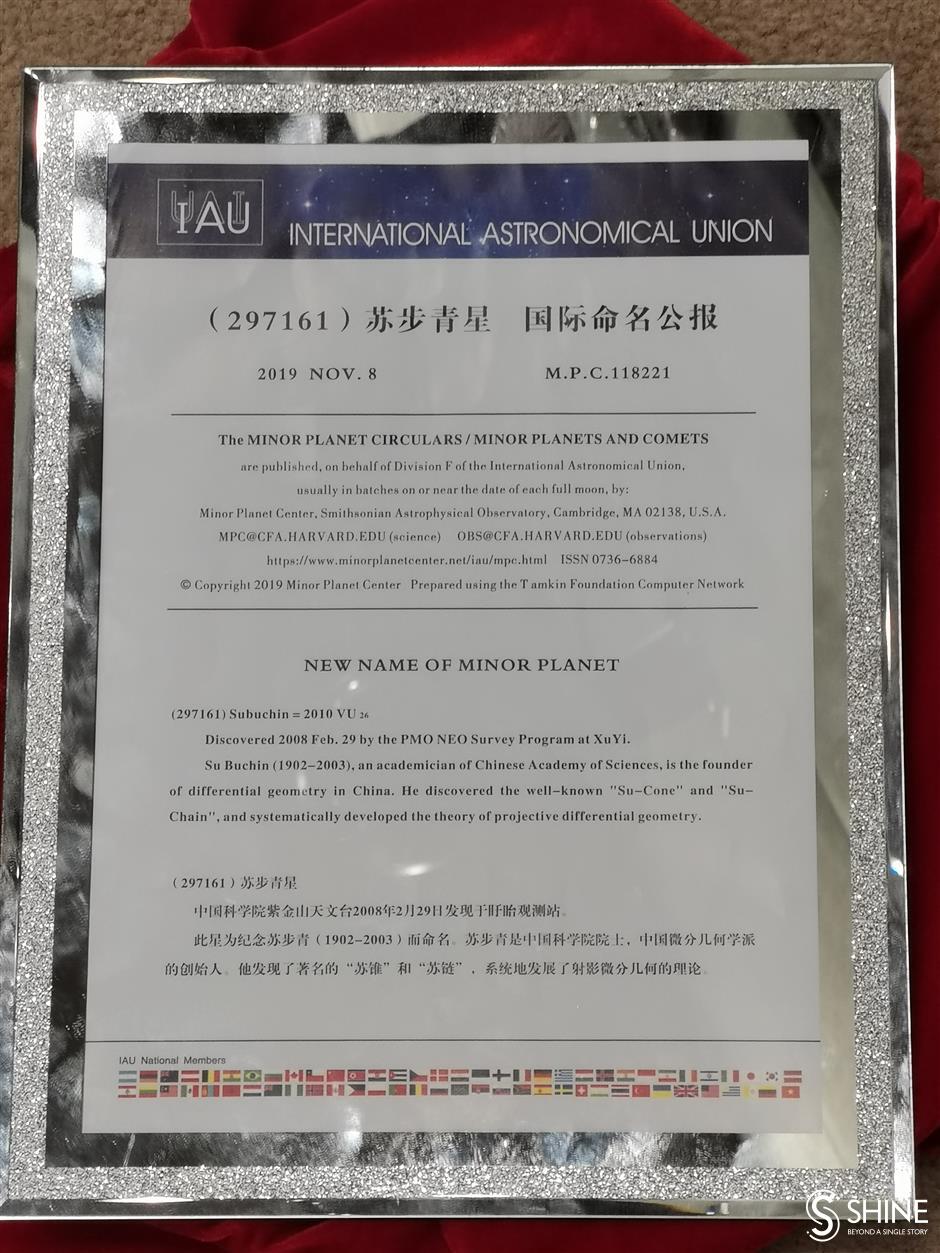 While celebrating the naming of the asteroid, the university also launched a program to renovate the “Jiuyuan Garden” residential compound on 650 Guoshun Road. This has hosted famous professors including former presidents Chen Wangdao and Su Buchin, vice president Tan Jiazhen, economist Jiang Xuemo and Lu Gusun, chief editor of the “English-Chinese Dictionary.”

In the compound, there are three historic brick-wooden buildings built in 1956 and lived in by Chen, Su and Tan. 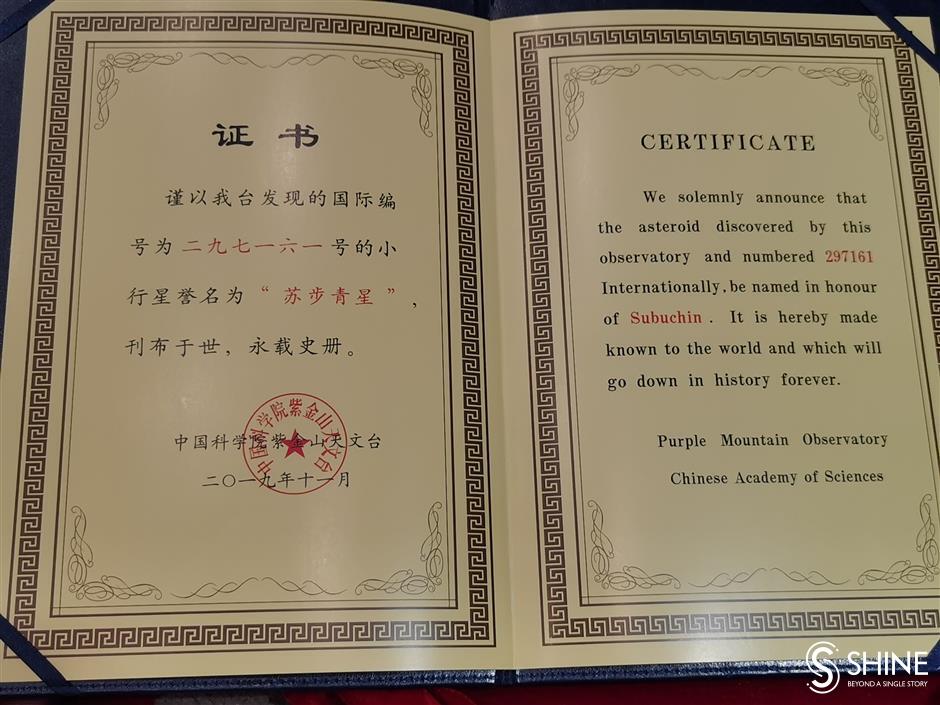 A certificate by the Purple Mountain Observatory.

In July 2018, the renovation of the former residence of Chen was completed and reopened as an exhibition hall for the Communist Manifesto. Chen was the first Chinese to have translated the full version of the master piece into Chinese. The exhibition hall has received about 60,000 visitors since then.

The renovation of the other two buildings will also restore their original appearance to show images of Su and Tan. They are expected to form a cluster of masters’ buildings in Jiuyuan Garden and become a new landmark of the university.