More than 400 young piano players gathered at Shanghai Chenshan Botanical Garden for a special performance over the weekend.

The young musicians are competitors in the ongoing 2020 U-Play Youth Piano Competition, a contest for non-professional pianists which kicked off in June.

Renowned Shanghai pianist Song Siheng joined the performance, during which 136 pianos were arranged into the shape of a Chinese knot in the botanical garden. In groups of three, they played the patriotic song “My Motherland and I” in six-handed style. 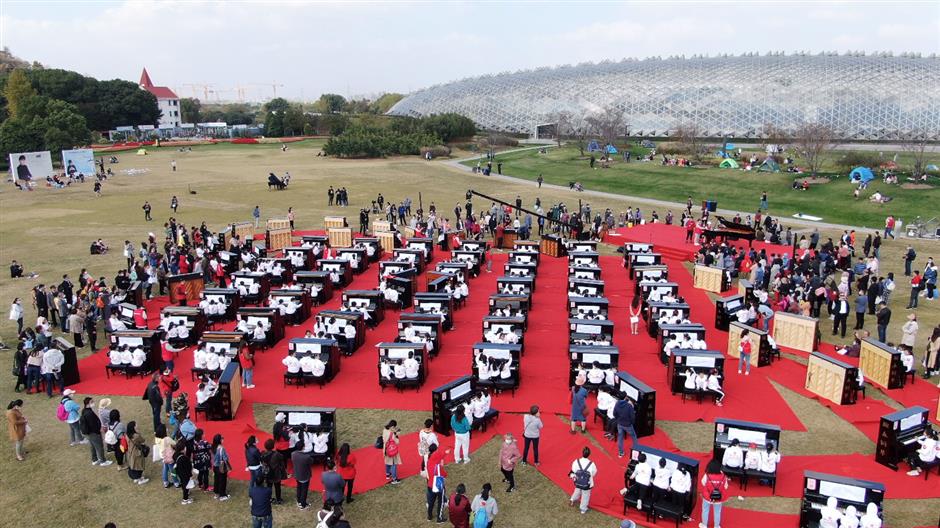 Pianos are arranged in the shape of a Chinese knot.

“Large-scale six-handed piano performances have rarely been organized globally,” said Wang Fan, founder of U-Play competition organizer Fiiwa Education. “We want to show children’s vitality and give them a memorable experience through the activity. This is also our contribution to the city to create an artistic public cultural phenomenon.”

This year’s U-Play Youth Piano Competition has attracted over 3,000 participants from around the country, who have been receiving professional guidance from pianists and music experts.

A regional selection which started last Tuesday will narrow the competition down to the best players. The final round has been scheduled for December 10-13 in Shanghai. 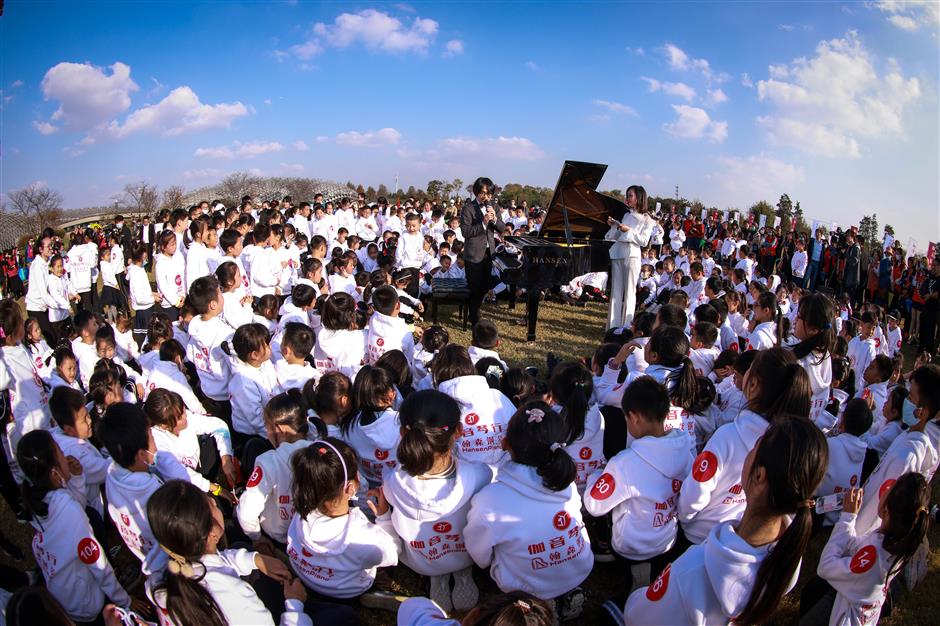 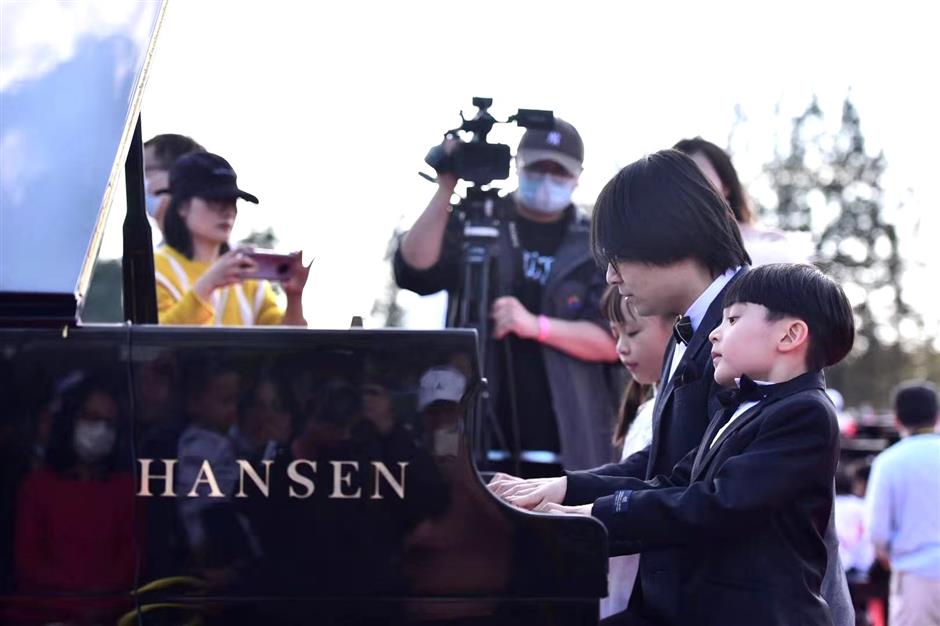