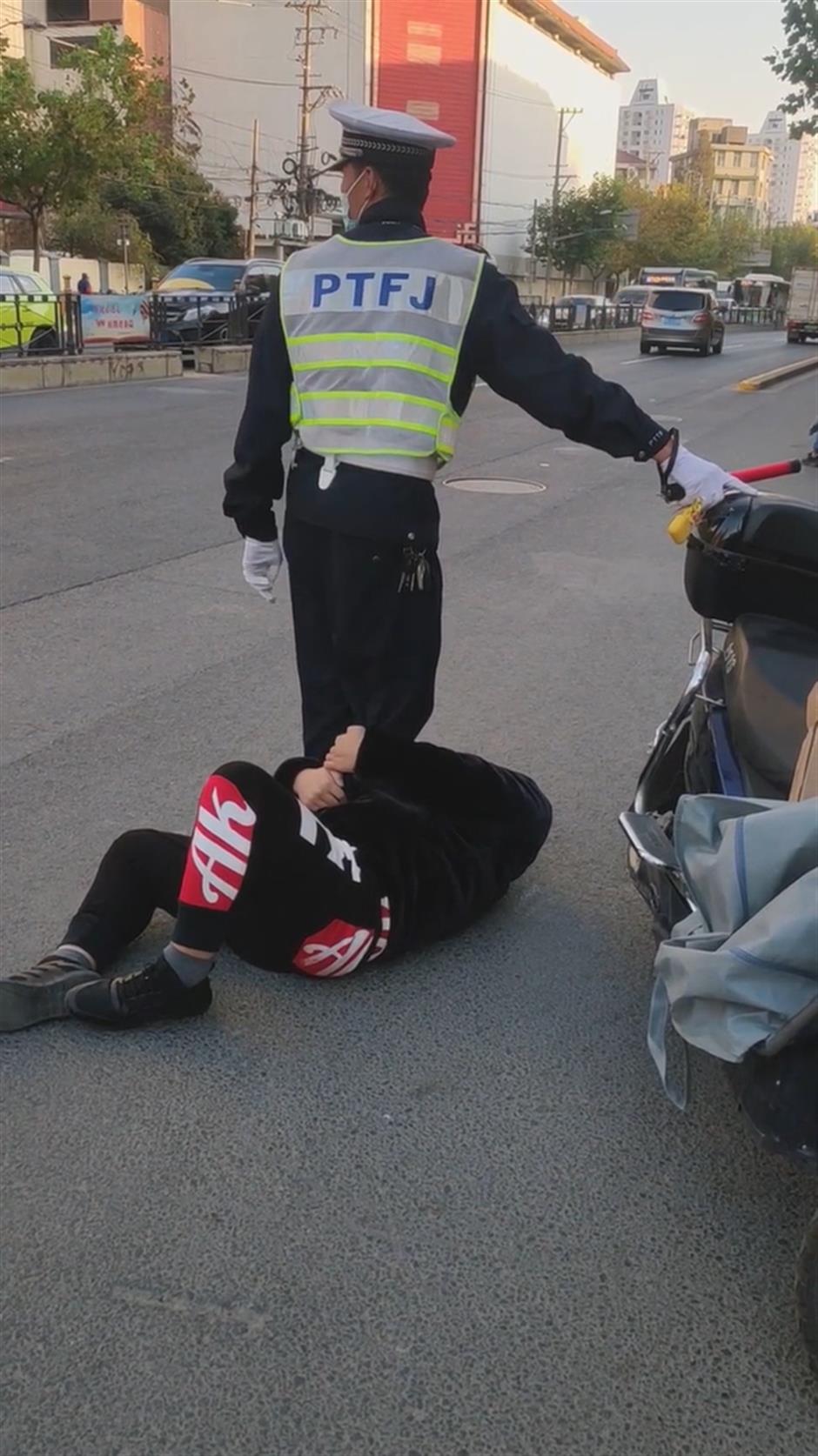 A traffic offender falsely claimed that a police assistant attacked him, police said on Monday.

The man in question, surnamed Ji, was stopped by a police assistant in Putuo District at the intersection of Caoyang Road and Wuning Road at 4pm on November 10 for riding an e-bike through a red light in the wrong lane.

A police assistant, surnamed Zhu, called Ji to the roadside and educated him on his offense, when Ji suddenly threw himself to the ground and claimed that Zhu attacked him, police said.

As passers-by gathered around and condemned Ji’s false claims, Ji got up and rode away on his e-bike.

Ji was tracked down by police at his home in a residential complex on Xuanhua Road later that day.

He has allegedly confessed that he made the false claims to draw attention from other people because he was ashamed to have been stopped for his offense.

He was fined 100 yuan (US$15) for his traffic violation and will be detained for 10 days for “picking quarrels and making trouble,” police said.

In China, police assistants assist police officers in law enforcement, but they have no authority to enforce laws.