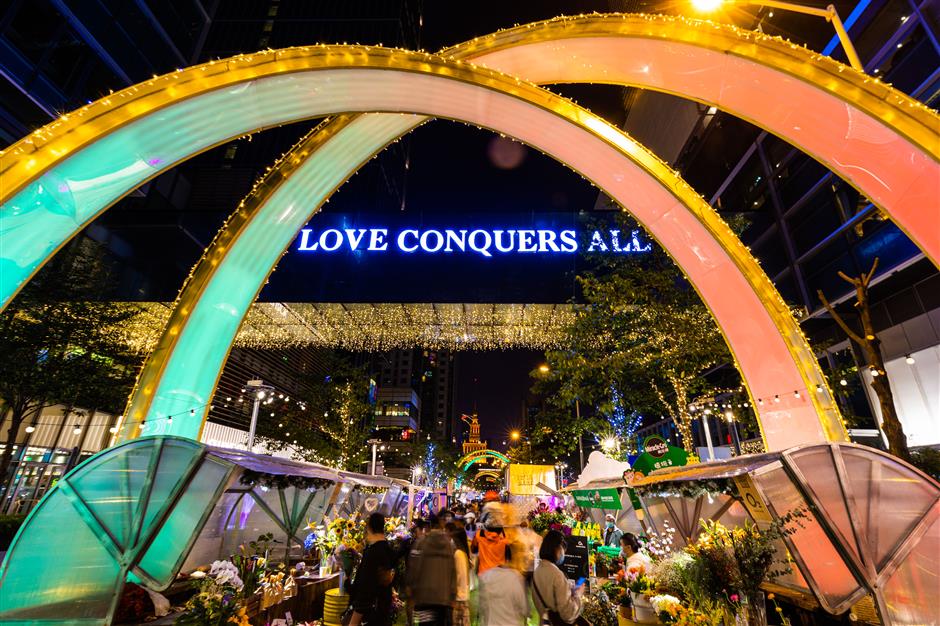 The popular night fair on Anyi Road has reopened.

The popular night fair returned to Anyi Road on Sunday with a lighting ceremony.

Thousands of cubes form a giant tree-like installation along the road in the middle of the Jing’an Kerry Center, a retailing and business complex. It was lit up on Sunday evening to mark the start of the New Year holiday season as well as to deliver a message of hope and joy to the public.

The weekend-only night fair, which was suspended from October 31 to November 8, has reopened with a holiday look.

It features traditional holiday decorations and food such as roasted chicken. Also, more games are introduced, such as darting and basketball arcade machines.

A winter fair will kick off on the south square of the Jing’an Kerry Center on December 4. 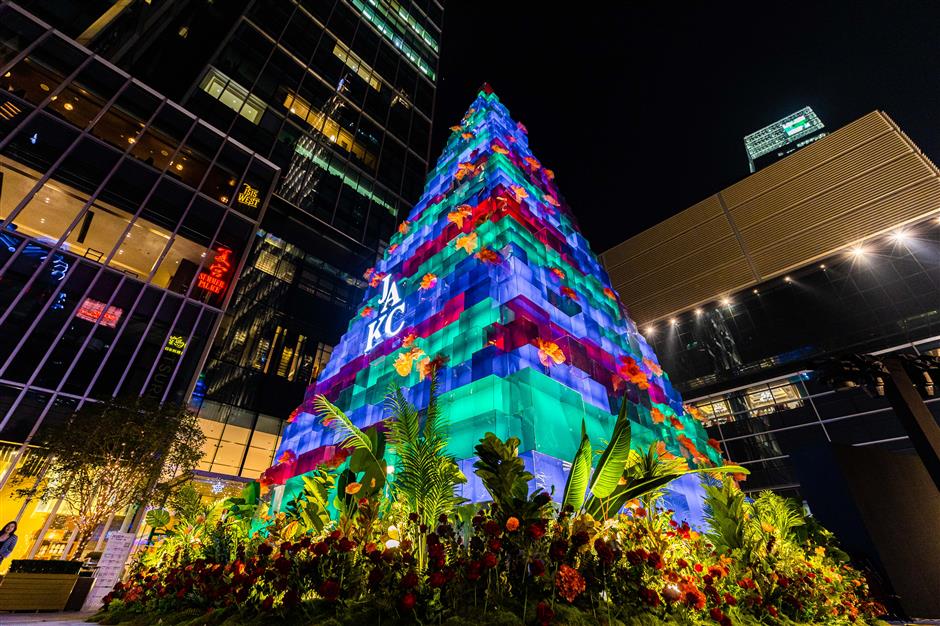