It aims to gather online resources from both home and abroad, while creating a professional exchange and service platform for online performances.

The alliance was under the guidance of the publicity department of the Shanghai government and Huangpu District government. It was launched on the Online Performing Arts Development Summit at the Shanghai Grand Theater on Monday.

Curtains are rising again at downtown theaters after shows were suspended for months due to the novel coronavirus outbreak.

“The new Internet plus performance pattern has lowered the threshold for audiences, narrowed the distance between the stage and inspired us during the pandemic lockdown,” said Ma Li, an official with the Ministry of Culture and Tourism. 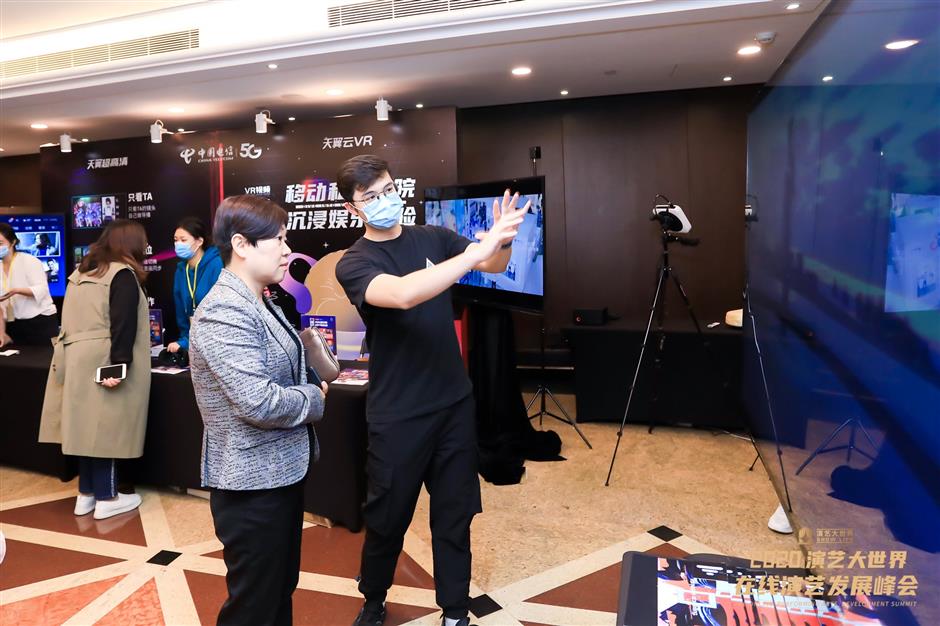 New equipment for watching online performances is displayed on the sidelines of the summit.

China has over 900 million Internet users. Online audiences have paid some 350 million yuan (US$53.2 million) for audio and visual content, Ma told the forum.

Officials and experts from over 20 performance institutes as well as online attendees from overseas shared opinions both online and offline for the summit.

The summit, which was also livestreamed on Wechat and Bilibili, focused on the future of online performances in the post pandemic era.

The Shanghai Grand Theater had to suspend many performances and refund the tickets since January 23 due to COVID-19. Operation was resumed in June when the classic ballet "Swan Lake" from Shanghai Ballet was staged, Zhang Xiaoding, general manager of the theater recalled.

Online art classes and performances also turned out to be popular during the lockdown, Zhang said. Over 1.2 million online viewers watched a performance within a day on May 2. Over 40 artists offered seven art classes, including in traditional operas and singing. 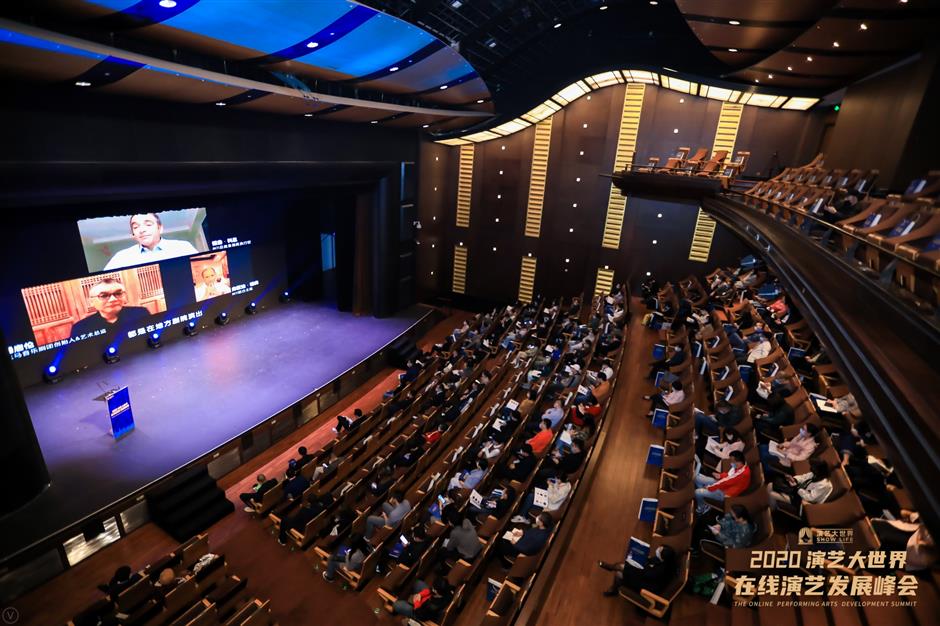 The number of participants of the summit is also limited amid the pandemic.

Huangpu will further optimize the industrial chain of the performing arts and drive the construction of new infrastructure such as 5G and artificial intelligence, Yang told the summit.

The Show Life zone, which Yang said represents a new lifestyle of art and performance, includes the most popular downtown art venues such as the Shanghai Grand Theater, Great Theatre of China, Shanghai People Theater and Shanghai Culture Square.

Half of the city’s 38,000 performances in 2019 were hosted by theaters within the zone, according to Yang.

Since the zone was initiated by the Huangpu government in November 2018, it has 22 theaters and 38 performance spaces, said to be the most dense theater cluster on the Chinese mainland.

New technologies and facilities for the online performances were displayed on the sideline of the summit. Five leading tech firms released the new equipment with 4K high definition, virtual reality and augmented reality as well as the extended reality to offer new online watching experience. 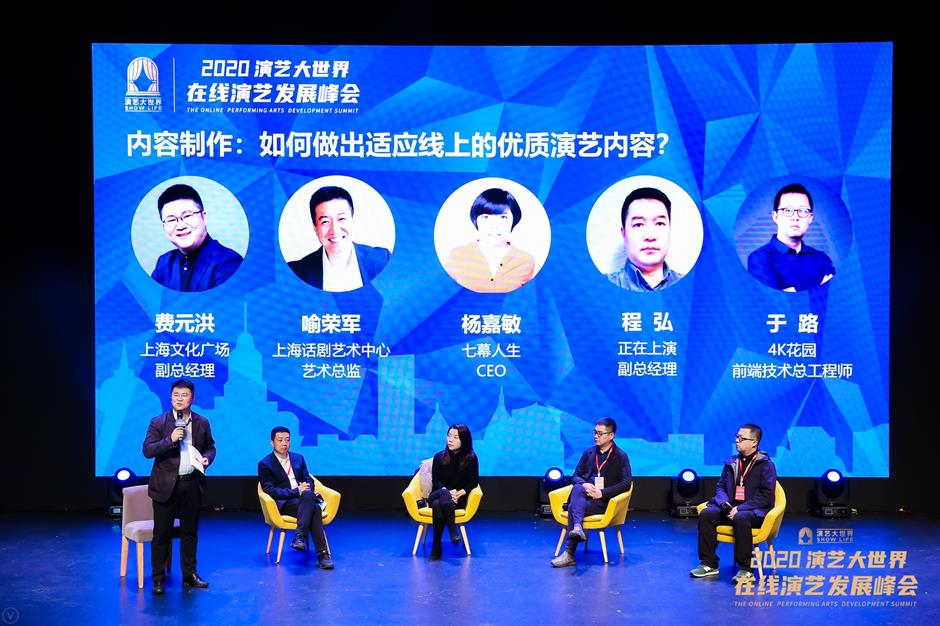 Company officials and experts share opinions on the future of online performances.