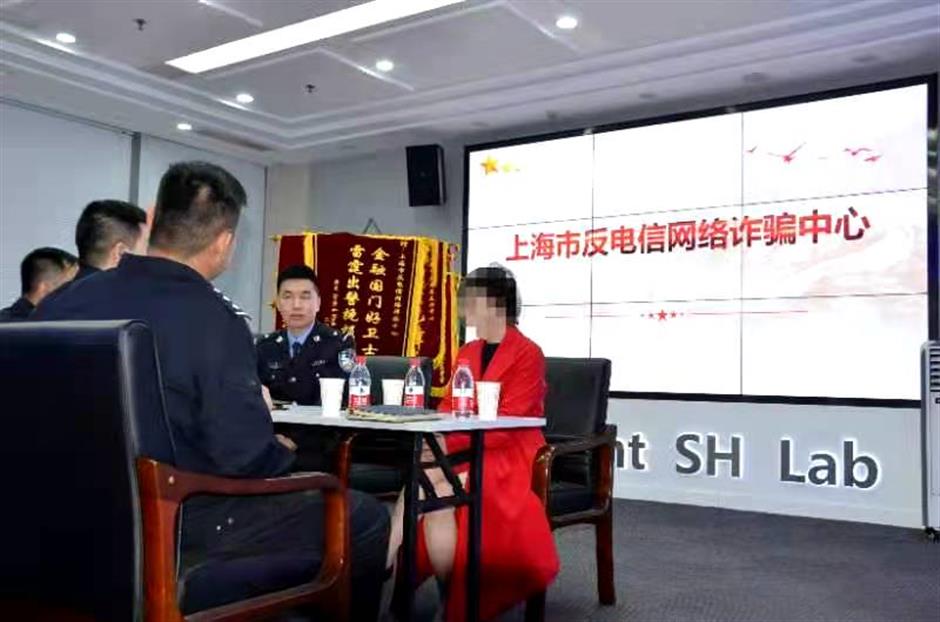 A company representative thanks police for spotting a fraud attempt and saving it from a loss of over US$3 million.

The Shanghai branch of a foreign company was prevented from a loss of over US$3 million to Internet scammers thanks to a reminder from the police, police said on Monday.

The city’s police operate an anti-fraud center which detects fraud calls made to residents and sends immediate reminders to potential victims through SMS messages or calls.

Police said the potential loss in this case was the largest so far of all the cases in which they prevented people from falling victim to fraud.

Police contacted the company on November 6 after detecting a certain number calling its staff from overseas. Calls were allegedly made to several companies in Shanghai from the same number.

The head of the company, a woman surnamed Li, told police she was in contact with a “legal consultant” at the company’s headquarters who was based in London over a money transfer for the acquisition of another company. Li had agreed to transfer over US$3 million from the branch’s account to a designated account on November 9.

Police suspected a scam, as such scams are not rare, and asked Li to tell them more about the communication with the so-called legal consultant.

Li said she received an encrypted message she believed to be from company headquarters which said it was in need of a large amount of capital for a business acquisition, and then contacted the legal consultant whose number was given in the mail.

Li was advised by the police to double check the issue with the headquarters and she was told it had not sent any such message.

Police said they had made over 10,000 calls from the fraud reminder number 96110 since November 1 and prevented losses of over 60 million yuan (US$9.1 million) of potential victims.