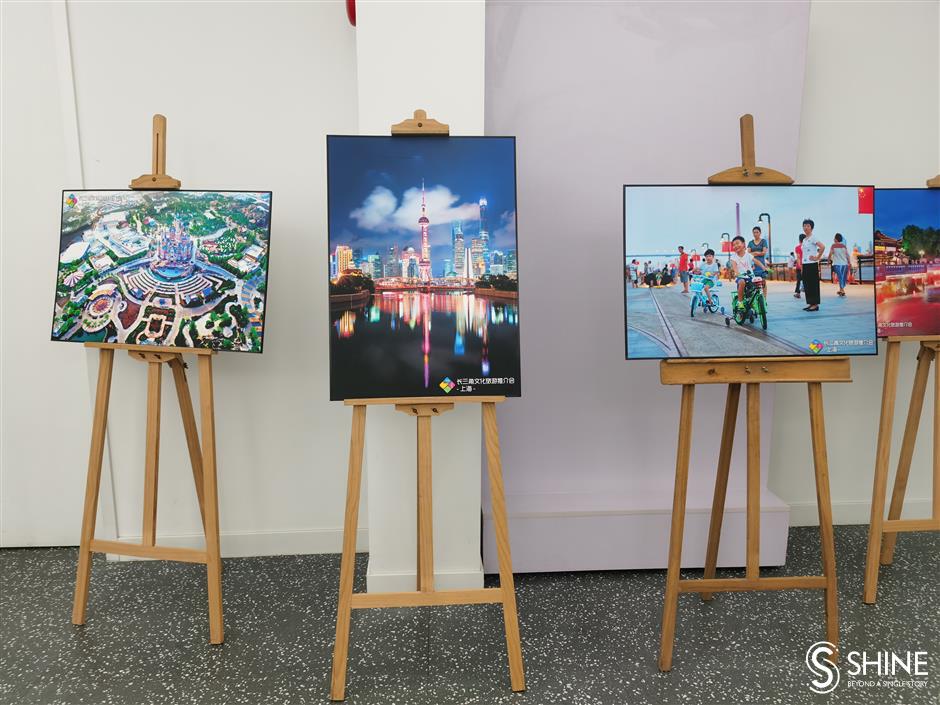 The beauty of the Yangtze River Delta region is shown in photos in Shanghai. 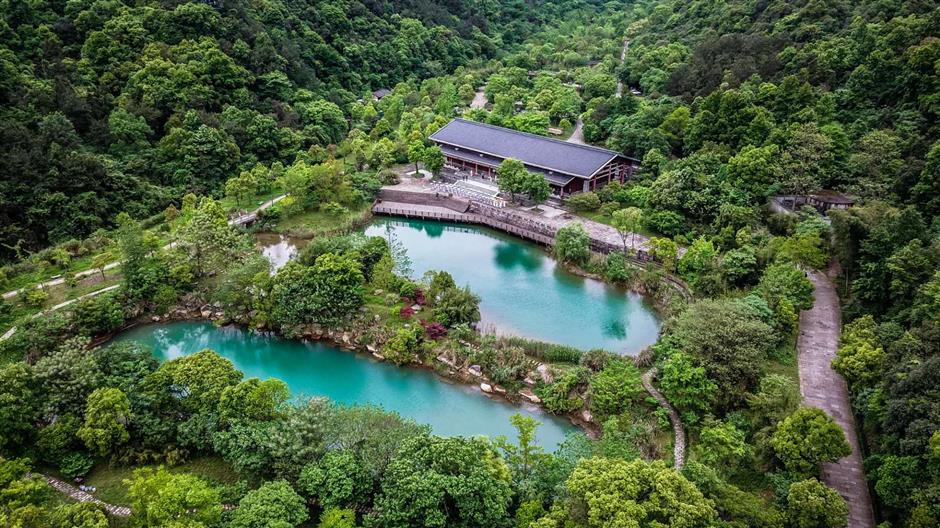 The cultural and tourism splendor of the Yangtze River Delta region took the spotlight in Shanghai during the China International Travel Mart 2020.

Sixty-six high-speed railway tourist routes covering about 50 cities and districts, 95 cultural venues and tourist attractions, 119 hotels and minsu (Chinese version of B&B) in the region were released during a cultural and tourism promotion event on Monday night.

Among them, a culture and health tour route from Nanjing, Jiangsu Province to Hangzhou, Zhejiang Province takes tourists along Qinhuai River to appreciate the magnificence of the bamboo forest of Nanshan Mountain in Liyang, soothe body and soul at the Yushui hot spring of Tianmu Lake, and savor the cultural essence of Yixing City, the birthplace of purple clay teapots. 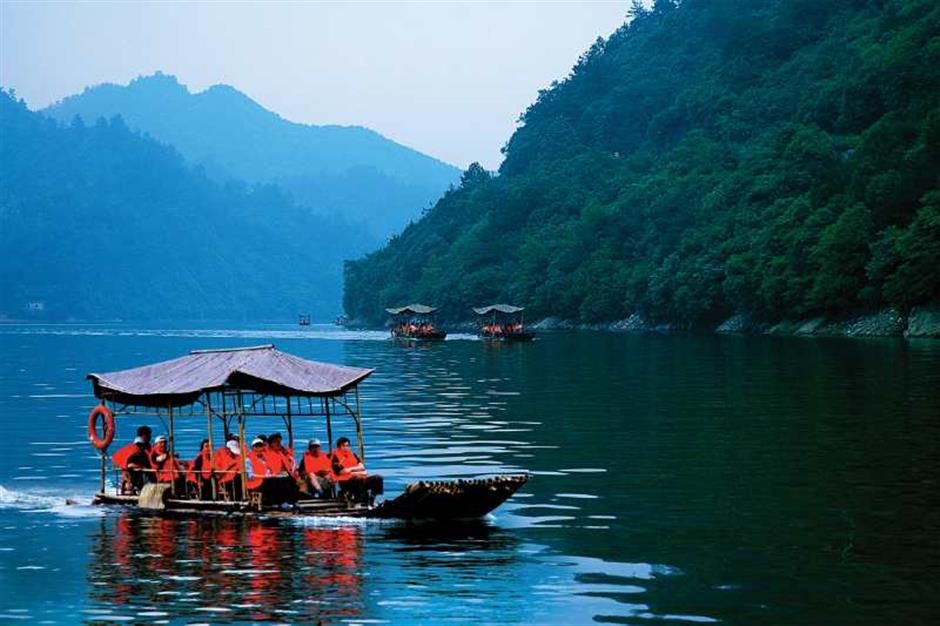 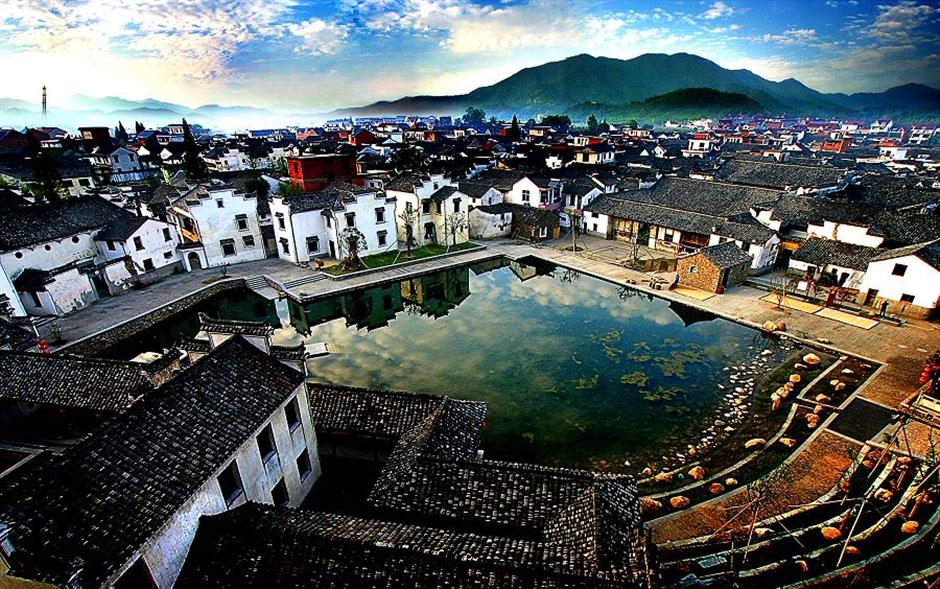 Another route features a variety of ecological attractions such as Tiantangzhai scenic area, which is home to a vast virgin forest, Niushou Mountain, Sanhe Ancient Town and Tangshan hot spring tourism resort.

The event was hosted by the Yangtze River Delta region tourism promotion alliance established in September by cultural and tourism authorities from Shanghai and Jiangsu, Zhejiang and Anhui provinces.

The target is to promote the region's tourism, enhance tourism competitiveness, spur the vitality and potential of cultural and tourism consumption in the region, and make it into a tourist destination with global influence, authorities said. 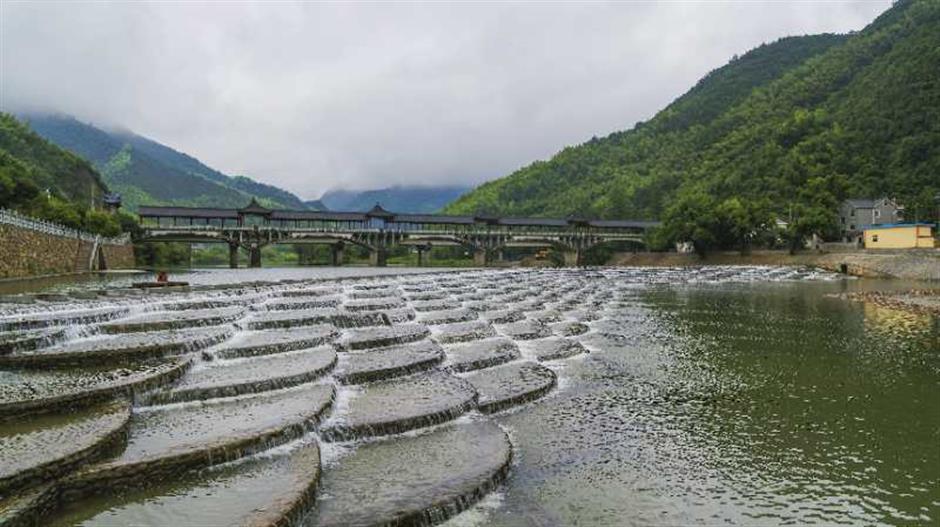 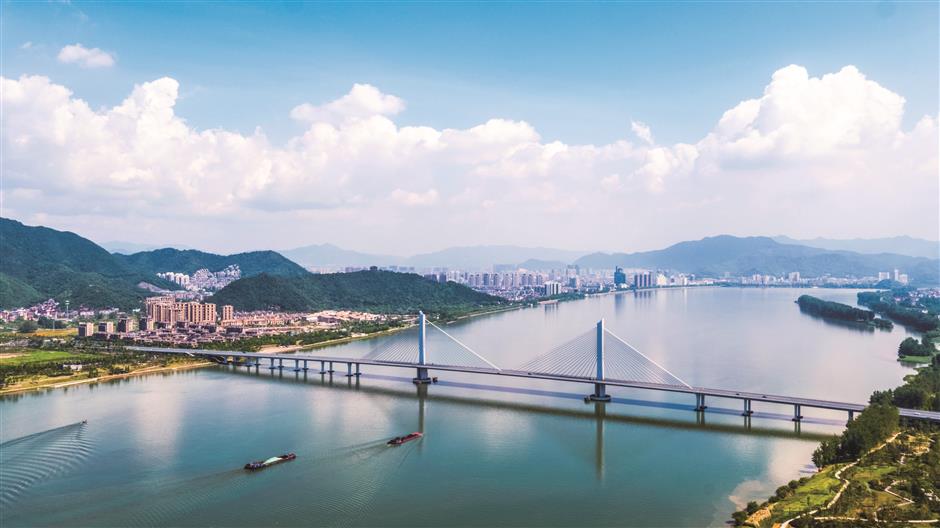 Fuyang was made famous thanks to a painting by Yuan Dynasty (1271-1368) painter Huang Gongwang. Inspired by the scenery of Fuyang, Huang created the painting "Dwelling in the Fuchun Mountain," which is one of the top artistic treasures in China.

Shanghai and Hangzhou have stepped up cooperation in various fields under the national strategy of the Yangtze River Delta region integration, said Sun Jie, vice director of Fuyang District.

It is expected that Shanghai and Fuyang will help more tourists visit each location and create more ecological tourist routes jointly, said Sun, inviting Shanghai tourists to appreciate the beautiful natural scenery of the district and experience its profound culture and history.