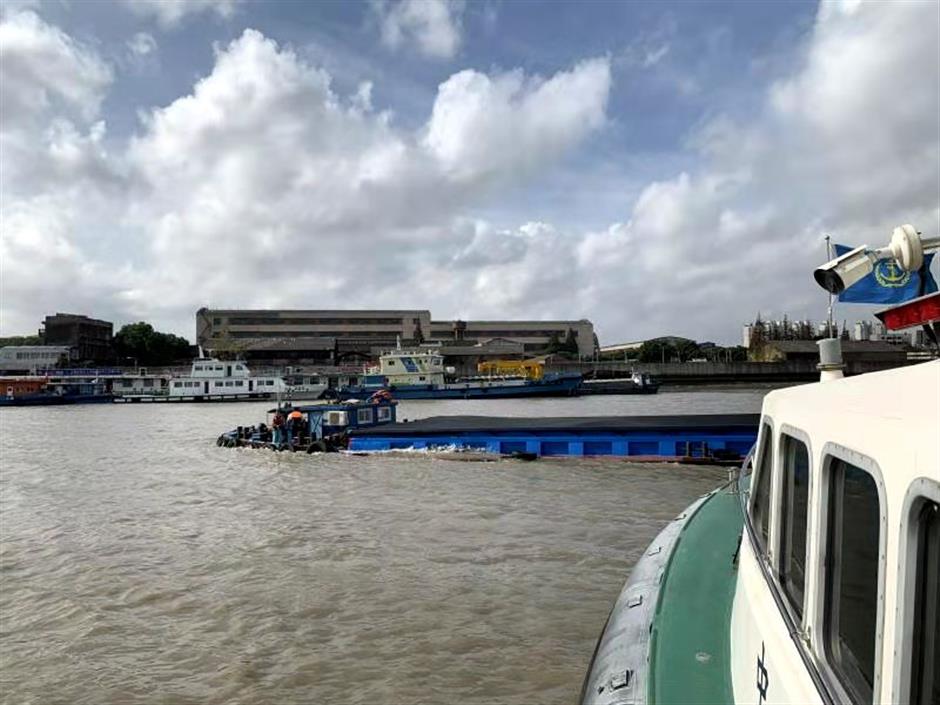 The 46.6-meter cargo ship sank on Huangpu River in Yangpu District at 10:51am on Tuesday.

A cargo ship carrying two people and 800 tons of steel sank on the Huangpu River in Yangpu District on Tuesday morning.

After receiving a mayday call about water leakage at 9:55am, emergency teams were dispatched by maritime officials. Two crew members on board were rescued.

The ship sank near the Sanpi seafood pier in Yangpu at 10:51am.

No pollution was caused and measures were taken to prevent the 46.6-meter ship from blocking normal navigation routes.

Emergency markers and patrols ensured the safety of water traffic and salvage operations are under way. 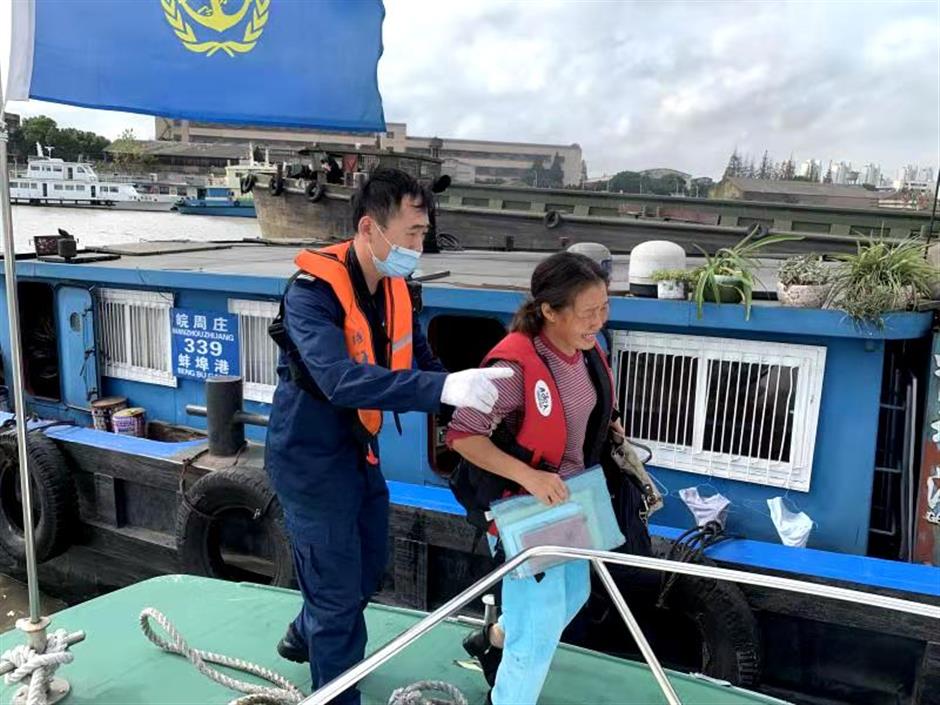 A rescue team member helps one of two crew members on the distressed ship back to land.