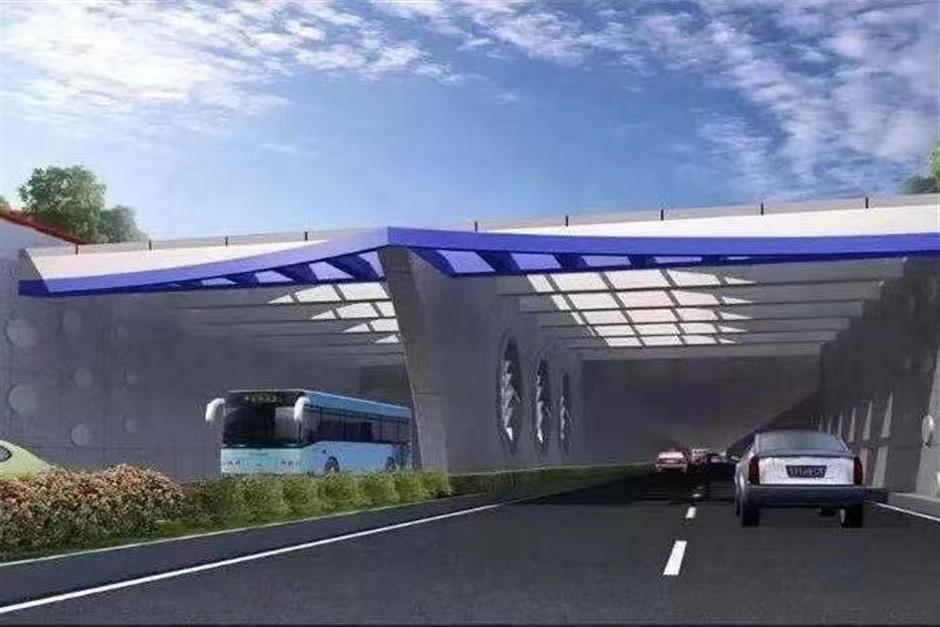 An artist's rendition of the Luxiang Road Tunnel

Luxiang Road Tunnel in Baoshan District was officially dug through on Tuesday.

The tunnel, together with Qilianshan Road Bridge, is a key project of the city’s overall transport network, stretching from Songhong Road in the south to northern areas including Luodian and Gucun.

It will complete the link between Baoshan, Putuo and Changning districts while alleviating traffic pressure on Hutai Road.

According to Shanghai Tunnel Engineering Co, the main contractor, the huge pipe-jacking machine used during construction was the longest in the world at 445 meters. Advanced technologies were also used, including an automatic measuring system and slurry separation equipment.

The tunnel is expected to be in use from June next year. 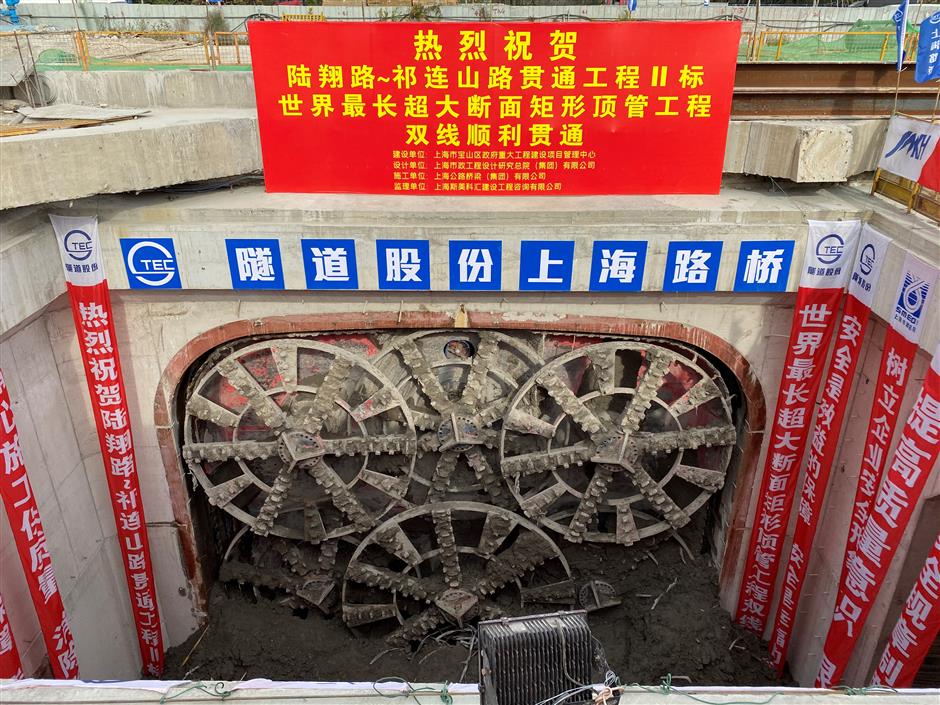 The huge pipe-jacking machine used during construction measures 445 meters, the longest in the world, and 9.9x8.15 meters in cross-section.