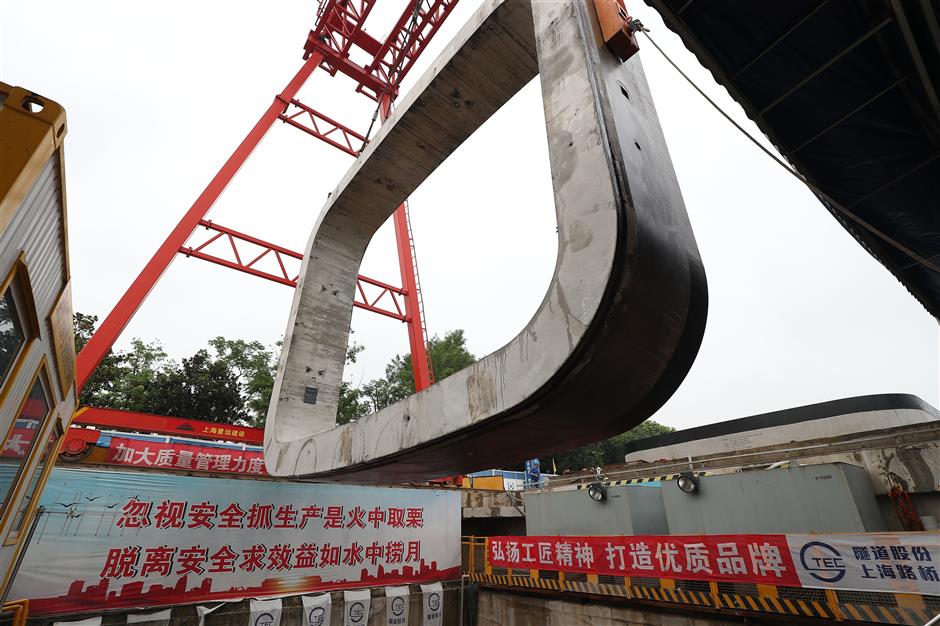 A rectangle concrete framework is placed into the soil to create the Luxiang Road Tunnel in north Baoshan District.

Comparing with traditional digging by a shield, the rectangle pipe jacking method can shorten schedules, reduce land subsidence and assist digging beside subways and other underground projects, the Shanghai Tunnel Engineering Co Road and Bridge Group, the city’s major road and bridge constructor, said on Wednesday.

Using the method, the machine placed concrete rectangle frameworks into the soil to cut a rectangle-shape tunnel.

The machine known as “Baoshan Pioneer” dug for 445 meters continuously beneath the Gucun and Dachang towns of Baoshan, setting a new world record on the tunnel digging distance.

Part of the tunnels is only four meters beneath the earth and 7.8 meters away from the operating Metro Line 7, and the  under-construction Line 15. 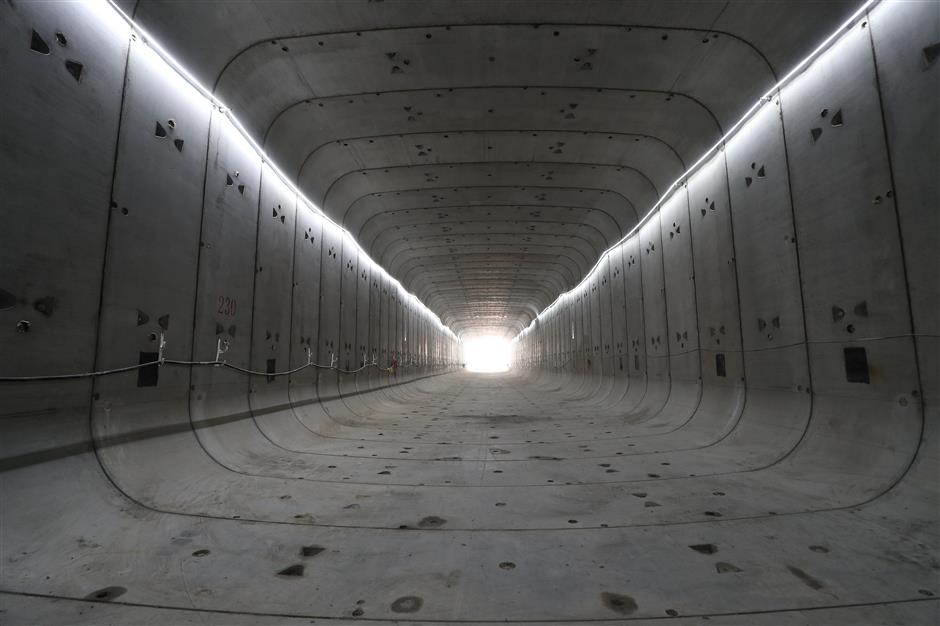 The Luxiang and Qilianshan Road Tunnel and Bridge project stretches for 2.3 kilometers.

The Luxiang and Qilianshan Road Tunnel and Bridge project, stretching for 2.3 kilometers, will create a major thoroughfare connecting Baoshan, Putuo and Changning districts. Upon its opening, the project will become a major channel for the Luodian and Gucun residential regions and the Nanda area, which is being transformed into an environment-friendly business and residential zone from the former notorious polluted industrial parks.

The tunnel and bridge project will link up the roads. The digging started on October 28, 2019 and the schedule had not been affected by the novel coronavirus pandemic.

A domestically developed measuring system has been installed on the machine to control the accuracy to a millimeter. A control center monitored the whole digging process and promptly gave adjustment orders, Zhen said.

“Such an accurate digging method is essential for a megacity like Shanghai which already has complicated subway and underground systems,” he added. 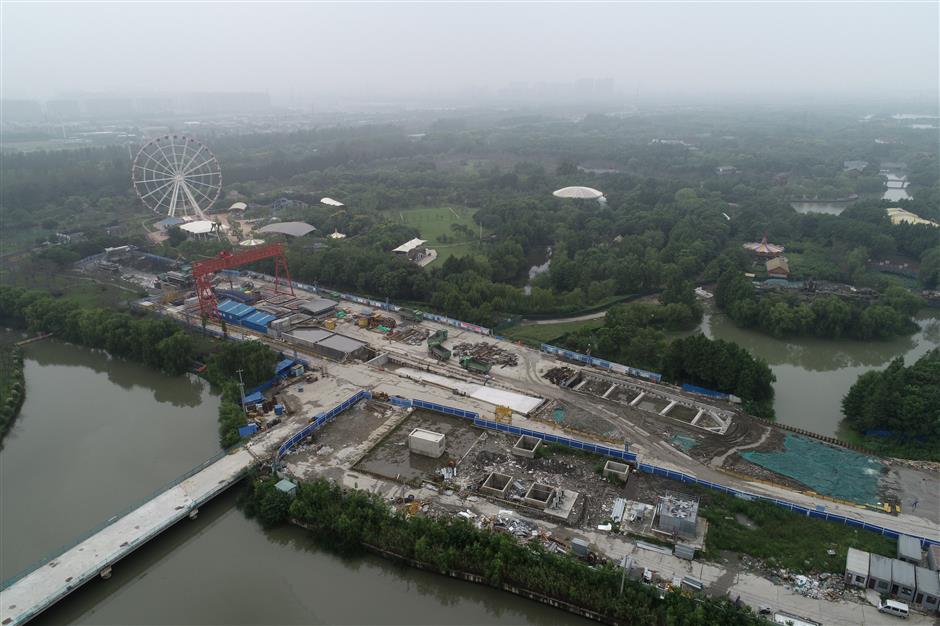 The Luxiang Road Tunnel in Baoshan.