A screenshot shows the moldy mahogany furniture in Yang's villa in Minhang District.

Due to an unapproved construction project of a neighbor, the villas of two men, surnamed Yang and Li, were severely damaged.

After a 12-year struggle, the illegal construction was finally dismantled recently under pressure from Minhang District’s court, judge Shen Ping of the court said.

In 2008, the neighbor, surnamed Wang, moved in and started to illegally expand her property in Minhang.

The villa of the woman was extended by around 1.5 meters, except for the wall connected with Li’s house. The lighting and ventilation of the three-story houses of Li and Yang, who live beside and behind Wang, were badly affected. 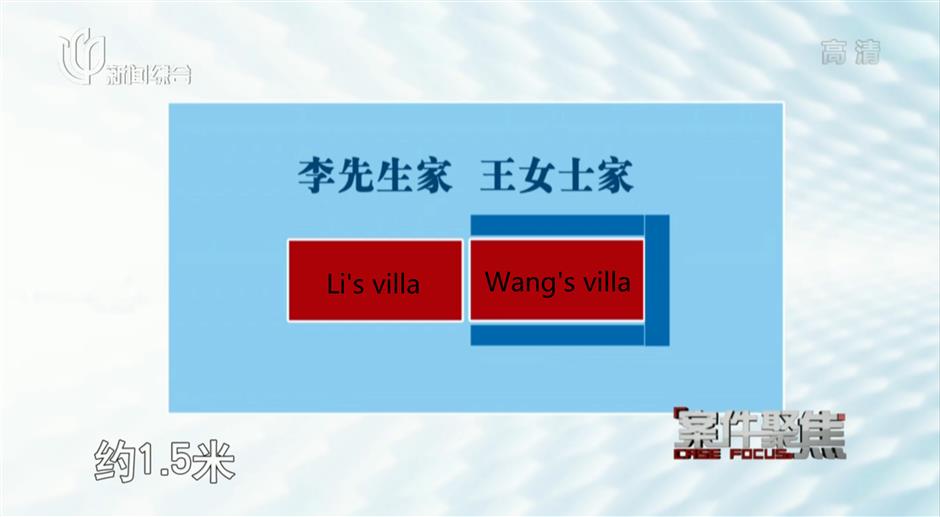 Yang said: "We have to turn on the light and air conditioner even in the morning."

Yang and Li complained to the town-level government department concerned, to no effect. In 2009, Yang had to move away.

Three years later, the court ordered Wang to demolish the illegal construction after the woman was sued separately by Yang and Li.

However, Wang made various excuses in order to refuse to comply, although judge Shen communicated with her many times.

After an investigation, Shen found Wang was repaying a loan for her villa. So to force her to dismantle the illegal building, Wang’s bank account for repayment was frozen.

Finally, the unapproved part of the villa was removed last month and the life of Yang and Li returned to normal. 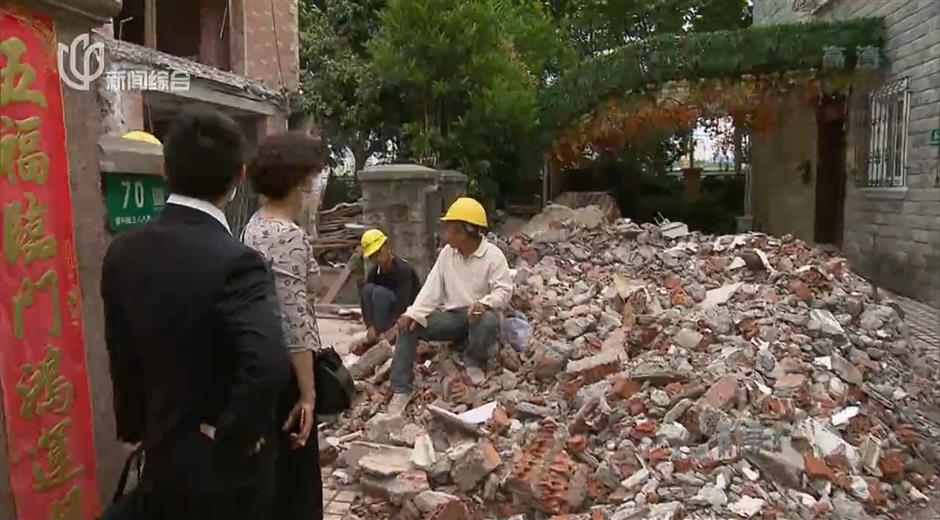 A screenshot shows the illegal construction of Wang is demolished last month.