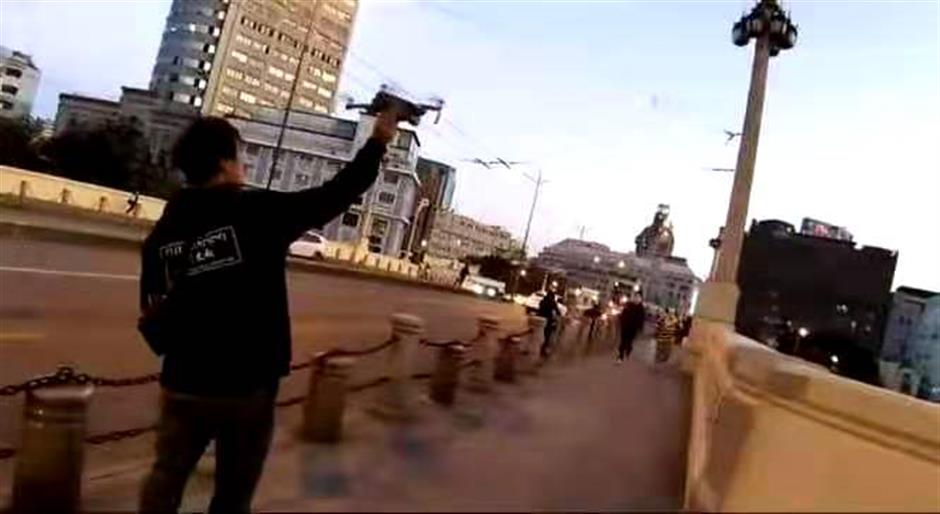 Chen pictured with his drone on the Henan Road N. Bridge.

A man has been fined and detained for flying a drone in violation of a citywide ban during the China International Import Expo, Shanghai police said on Wednesday.

It was the first time anyone in Shanghai had been detained for such an offense.

Flying drones were banned between November 1 to 12, but Chen was spotted with his drone near the intersection of Henan Road N. and Tiantong Road in Jing’an District during that period, police said.