Temperatures on Wednesday a 20-year high 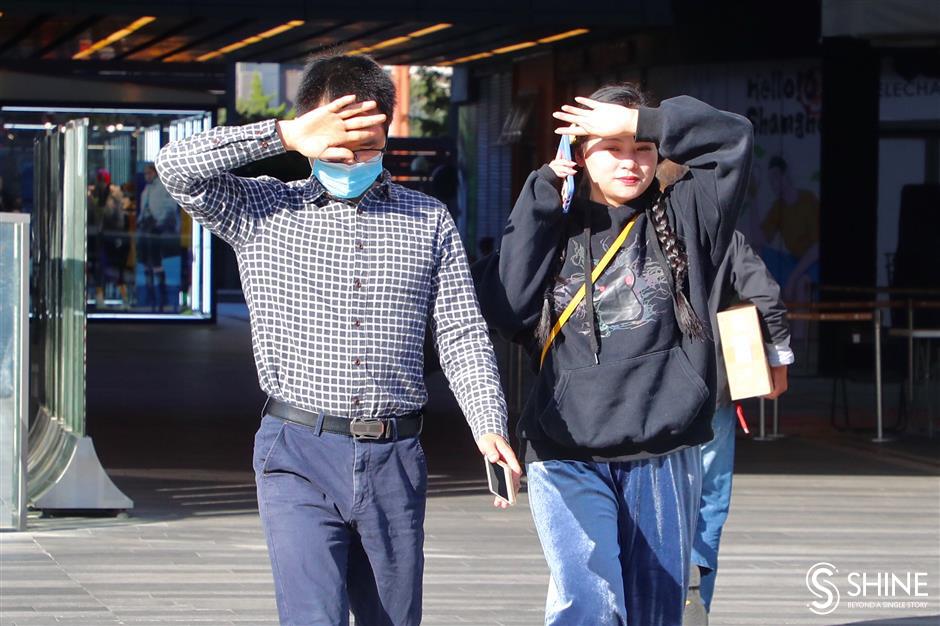 Two people use their hands to shade their eyes from the sun in Xuhui District on Wednesday.

The temperature on Wednesday was a 20-year high, the city’s weather bureau said.

A temperature of 27.2 degrees Celsius was recorded at the benchmark Xujiahui meteorological center in Xuhui District and it reached 29 degrees in Baoshan District.

During the early morning, many local citizens saw a double rainbow in the sky.

Zhang Ruiyi, a bureau official, said it was the result of high humidity without rain and the angle of the sunlight. 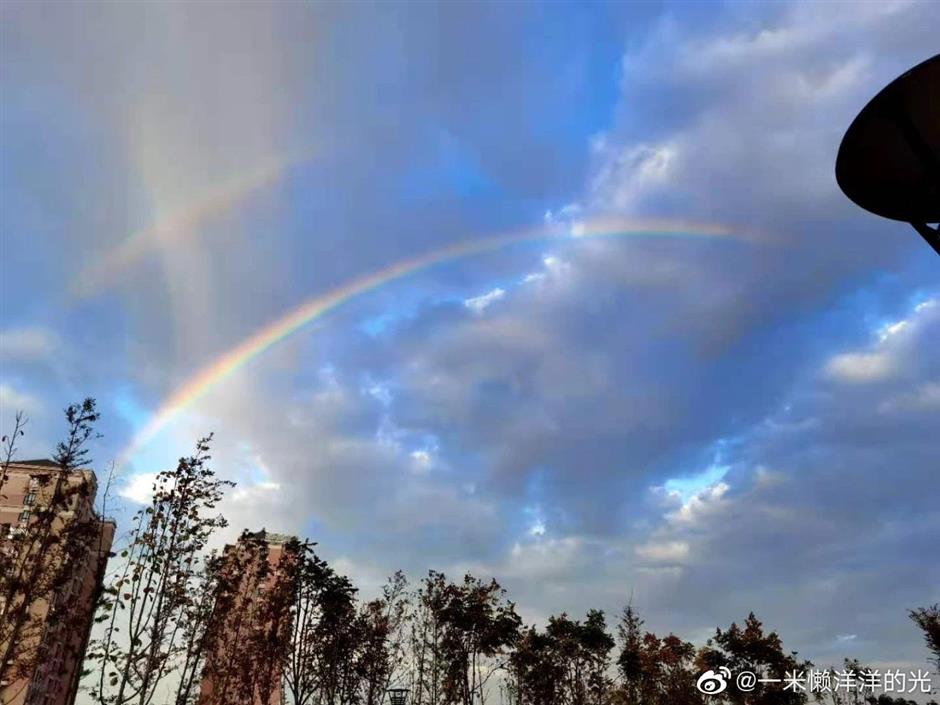 A photograph of a double rainbow published on social media platform Weibo on Wednesday.

The bureau issued a blue gale alert, the lowest in a four-tier system, at 9am on Wednesday indicating that during the following 12 hours the wind force will reach 62-74kph in local coastal areas.

A cold front will affect the city on Thursday night and Friday will see a maximum temperature of 17 degrees.