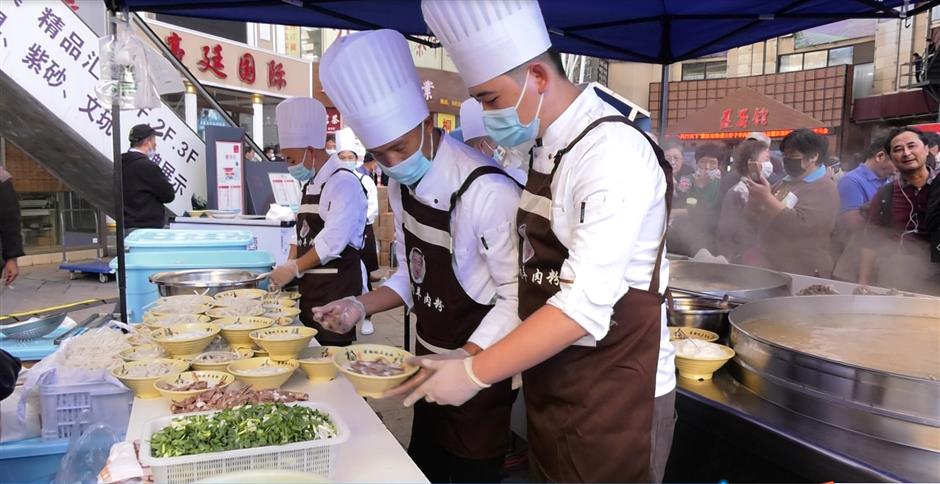 The Guizhou Province city of Zunyi promoted its traditional rice noodles with mutton in Shanghai as part of Putuo District’s poverty alleviation efforts for the southwest region.

Xiazi rice noodles, which date back some 300 years in the town of Xiazi in Zunyi, have been rated one of the most popular winter dishes in southwest China, but are little known elsewhere.

The dish which originated in the mid-Qing Dynasty (1644-1911) features handmade rice noodles, fresh boiled mutton made from short-leg goats in Zunyi and spicy mutton soup.

The Xinpu New Area of Zunyi and the Shanghai Zunyi Pavilion launched a noodle tasting event and exhibition of other Zunyi specialties on Wednesday. Hundreds of guests and local residents were invited to taste freshly cooked Zunyi noodles.

Chefs from Zunyi showcased their skills in making the traditional food. They soaked the cooked noodles in a large pot with thick mutton soup and put sliced mutton on top. A spoonful of chili source made from Zunyi chilis was sprayed on the soup before serving.

“The mutton rice noodles are an indispensable food for everyone in Zunyi and Guizhou no matter how far they have traveled,” said Cao Jicai, Party secretary of the new area. 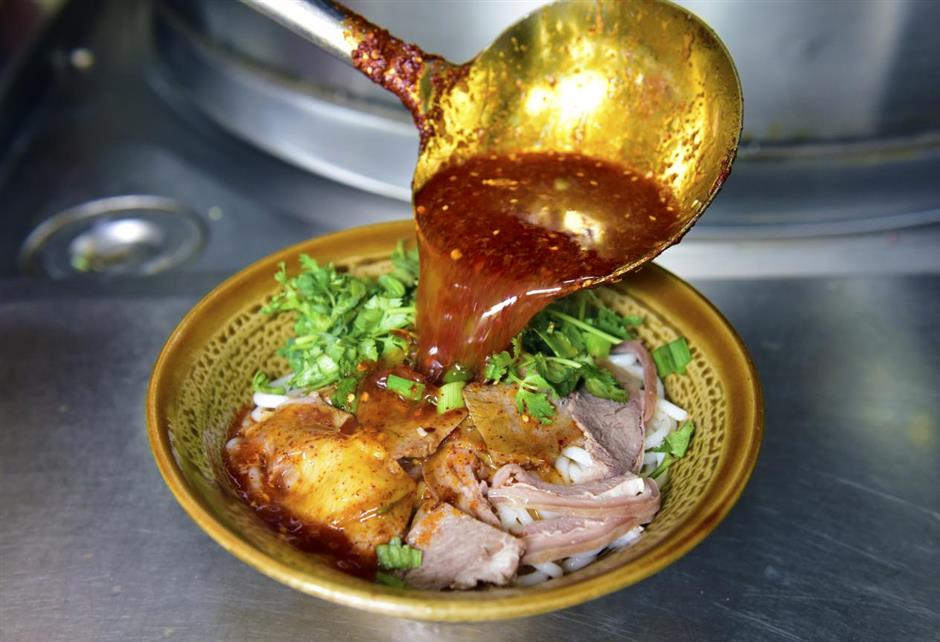 The event aims to promote the traditional food in Shanghai and expand the online and offline sales channels for specialties from the region, Cao said.

The Xinpu government has encouraged traditional eateries to develop the noodles into packed instant and self-heating food products, which can be sold on e-commerce platforms. An industrial chain from goat raising, chili growing, rice noodle making and instant food packaging has been established in Xinpu, Cao said.

In Xiazi , there are a dozen chain restaurant brands selling the dish. Sales at a single store can reach 14,000 yuan (US$2,137) a day. Gou Zhaojun Mutton Noodles, one of the biggest brands in the town, has had three branches with daily sales of 25,000 yuan. The noodles for Wednesday’s event were cooked by chefs of the brand.

Putuo established a relationship with three counties of Zunyi in 2013 to help alleviate poverty in these remote regions. The Xinpu New Area was established in 2009 as the downtown region of Zunyi, known as the site for the Zunyi Meeting, a decisive conference held in 1935 determining the fate of the Communist Party of China and the Red Army during the Long March. 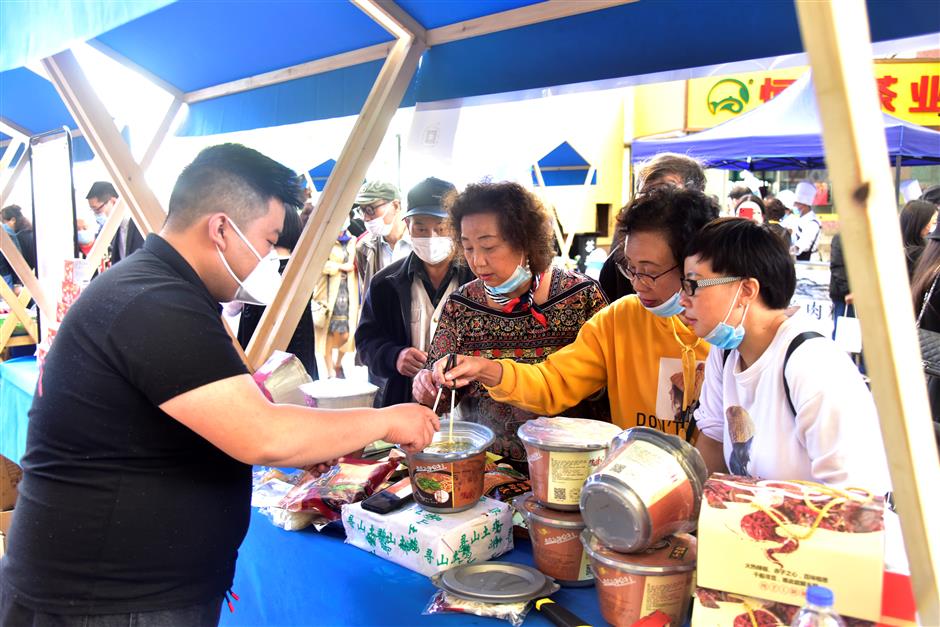