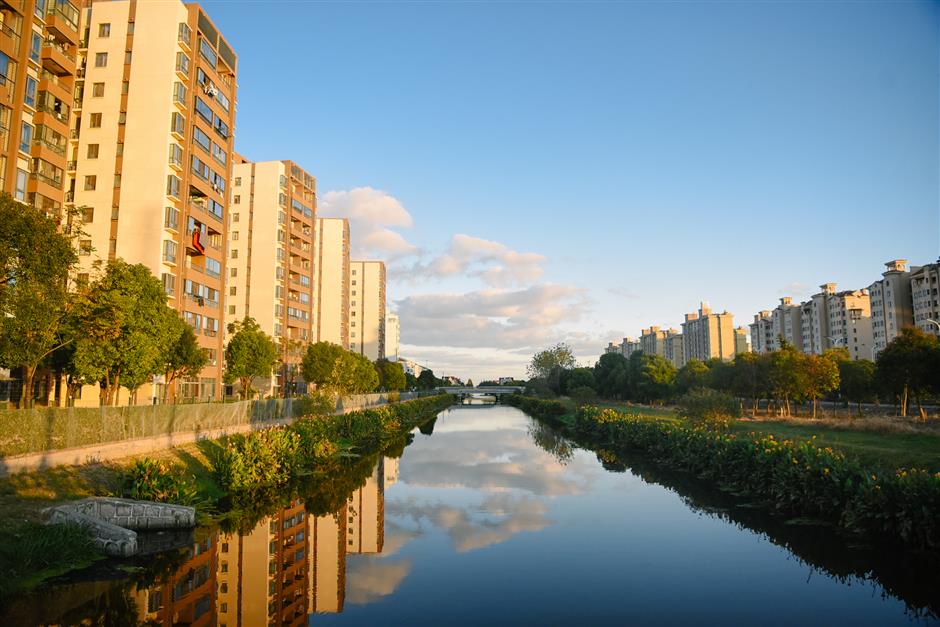 A view of the scenery in Lingang area

Tens of thousands of urns once scattered in the Lingang area of the Pudong New Area have been interred at a local cemetery in a public welfare and environmental upgrade project.

The 47,300 urns, which used to be on barren land or buried by weeds along river banks, account for 81 percent of the settlement plan. They are laid amid greenery at the Haigang Cemetery.

In the supporting livelihood project of the development of Lingang area, the relocation of scattered urns also made way for the construction of a number of projects such as Nicheng railway, D2 Highway, SAIC Motor Nicheng plant and Lianggang Avenue, the cemetery operator said on Wednesday ahead of the winter solstice.

The relocation also creates a beautiful ecological environment for residents of newly built residential complexes in the area.

The winter solstice, like the Qingming Festival, is a time for Chinese people to pay respect to their ancestors. It falls on December 21 this year.