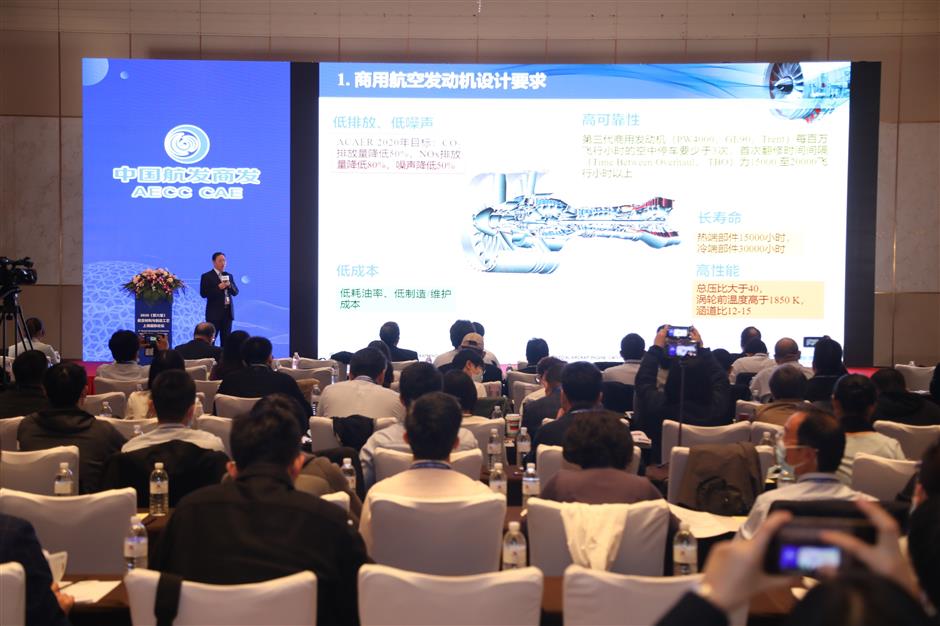 The aeronautical materials used to build the C919, China’s first domestically developed narrow-body jetliner, have better quality than those of the world’s mainstream airliners, an official with the jet’s developer said on Thursday.

The wide application of third-generation aluminum-lithium alloy, a bespoke material developed for the C919, has helped reduce the weight of the single-aisle aircraft by 8 percent, said Li Hongping, a researcher with Shanghai Aircraft Design & Research Institute under the Commercial Aircraft Corporation of China (COMAC), the plane's developer.

“The material is the highlight of the C919, which achieves high weight reduction efficiency, while the cost is almost the same as normal metal materials,” Li told the 6th Aeronautical Materials and Manufacturing Technology Shanghai International Forum.

A large number of other alloys with high strength and toughness have been used for the airliner, many of which were invented within the last five years, Li said.

The C919, with 168 seats and a range of 5,555 kilometers, competes for orders with Airbus and Boeing. Commercial Aircraft has won 850 orders from 30 foreign and domestic airlines for the C919. Six prototypes have rolled off assembly in Pudong and are under test flying.

Li said the C919 is expected to gain its airworthiness certificate in 2021 and begin commercial operations thereafter.

China’s aircraft manufacturing industry has entered the fast lane, along with rising demand for the development of advanced aeronautical materials. Over 100 MA700 regional turboprop aircraft have been delivered, while 39 ARJ21 regional jets are under commercial operations with major domestic carriers.

A C919 takes off from the Pudong airport. 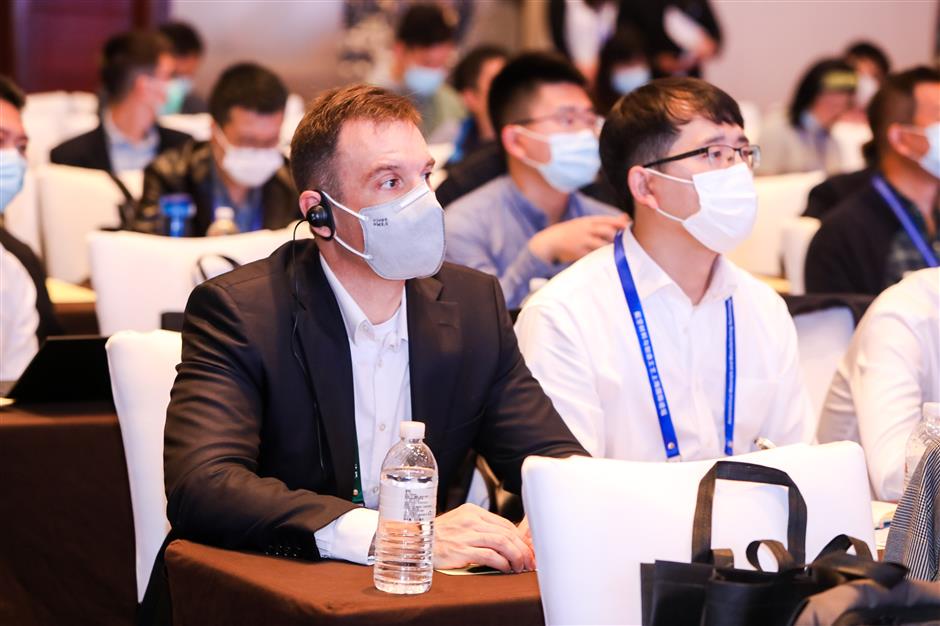 Experts from both home and abroad attend the forum in the Hongqiao area of Changning District.

The forum held in Shanghai on Wednesday and Thursday invited over 200 officials and experts from government agencies, aviation material manufacturers, universities and aircraft part suppliers to share the latest research on aircraft materials.

China’s 3D printing technology for civil aviation has been developing rapidly since 2016. Multiple materials made with the technique have acquired airworthiness certificates, Yi said.

C919s are currently using the LEAP engine made by CFM International, a US-French venture co-owned by General Electric and France’s Safran. 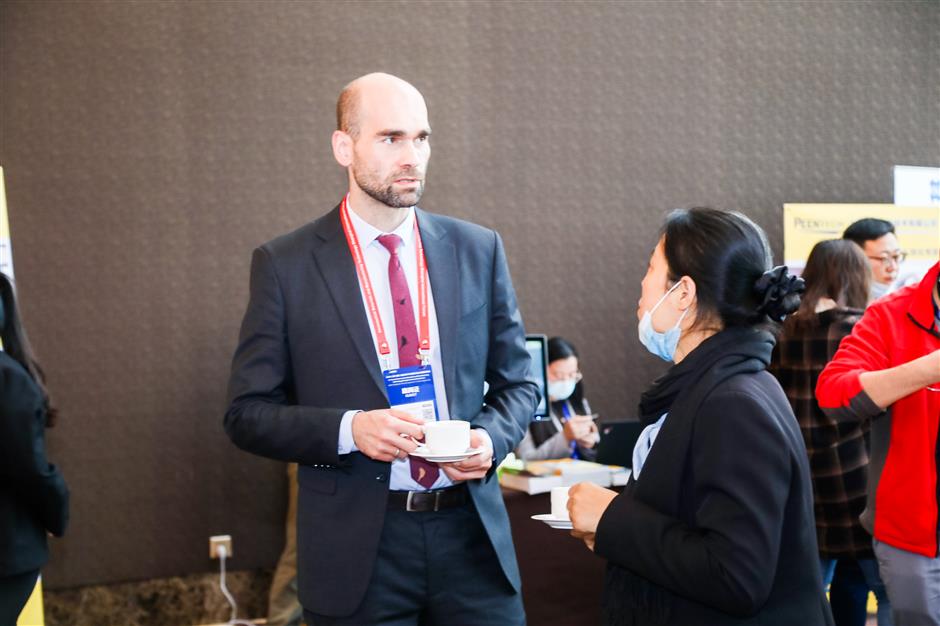 Participants talk on the sideline of the forum.