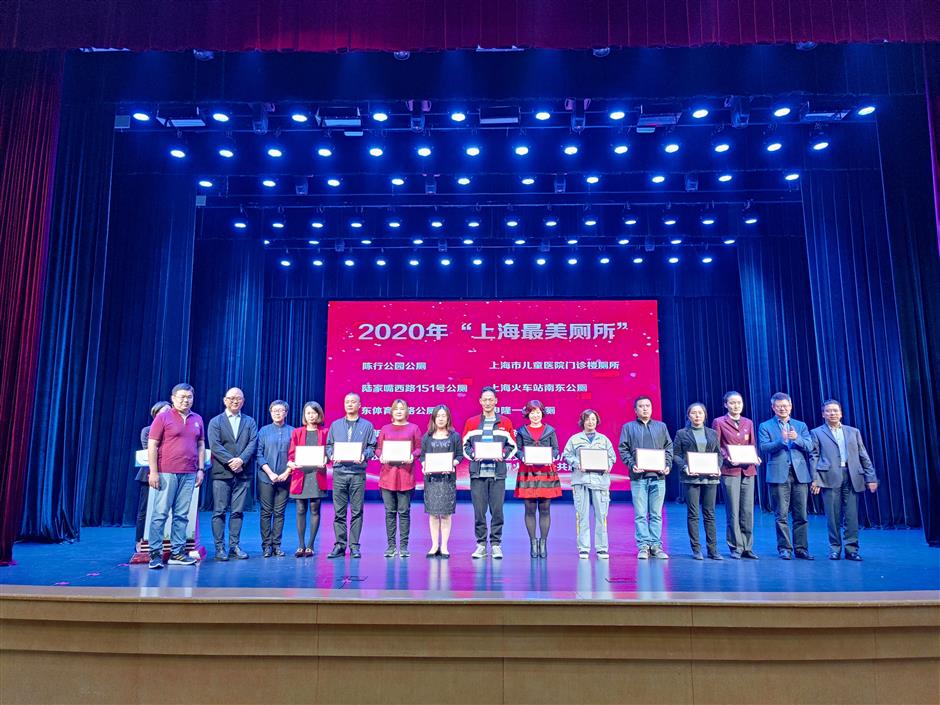 Authorities issue awards for the "most beautiful toilets" in Shanghai on Thursday.

An amended version of Shanghai's public toilet standards will be released next year and it will include epidemic prevention and control measures, Shanghai's public sanitation authorities revealed on Thursday, which is also World Toilet Day.

"In men's toilets, wastepaper baskets are removed to cut contamination sources," said Chen from the center affiliated with the Shanghai Greenery and Public Sanitation Bureau.

These practices will be made regular and included in the amended version, he said.

Drafting work is scheduled to start in February or March and the amended version will be released by the year end, according to Chen.

More than 20 percent of public toilets in Shanghai have been installed with unisex facilities, and the city has over 250 "smart toilets," according to the center.

"These 'smart toilets' in the city all have alarm functions and will alert management staff if users are inside cubicles for an unreasonably long time, in case of emergencies," said Chen.

"They can also monitor air quality and environmental indicators such as ammonia and sulfur dioxide," Chen added.

Some of toilets have LCD screens displaying whether a cubicle is in use or not. Air quality, number of users and temperatures are all shown on the screens.

Shanghai had built 11 new public toilets as of the end of September this year and another 61 underwent renovation, according to the center.

More than 2,000 public toilets in the city provide free toilet paper and hot water, according to the center.