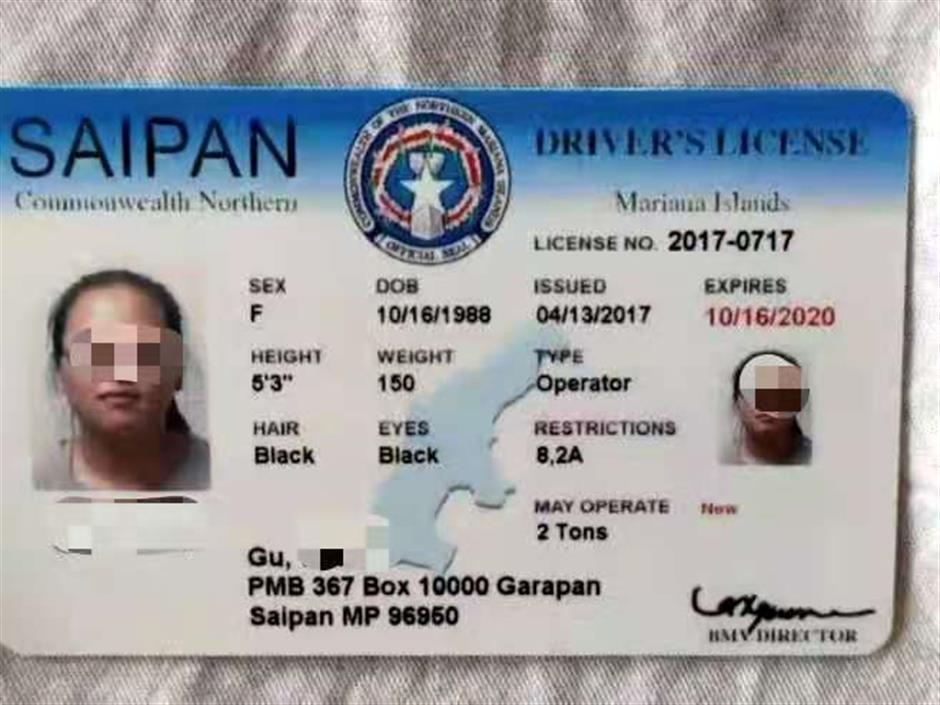 The woman's driving license from Saipan.

A motorist was detained for seven days and fined 1,500 yuan (US$228) for using a foreign driving license, police said on Thursday.

The woman surnamed Gu was stopped for a check by a police officer in Jinshan District on a day in late October.

Gu first produced her husband's driving license and then showed her own license issued in Saipan, claiming that the foreign license was valid in other countries.

However, according to China's traffic law, foreign driving licenses are illegal in China, and those with licenses issued not in the Chinese mainland should take written tests with the police to get a local license.

So Gu, who hadn’t take the tests for a local license, was an unlicensed driver, police said.

In addition, her Saipan license had expired.