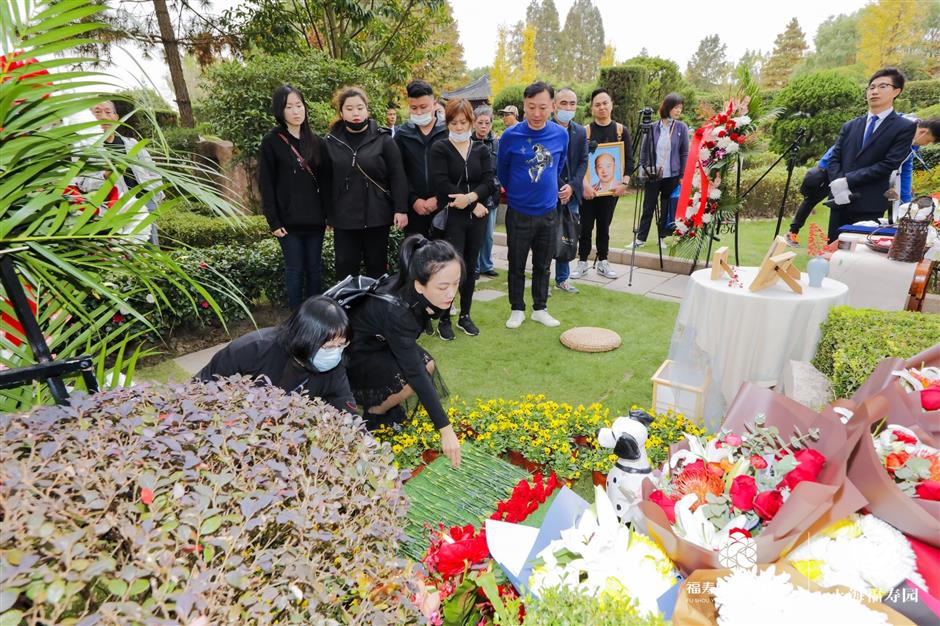 Shanghai comedians and opera artists bid farewell to local comedian Li Jiusong on Thursday, commemorating the artist who had brought much laughter to Shanghainese.

Li, a former member of Shanghai Farce Troupe, was born in 1934 and died early this year. He rests in peace at the Shanghai Fushouyuan Cemetery in Qingpu District.

He was known for his performances in the comedy TV sitcom "The Old Uncle." 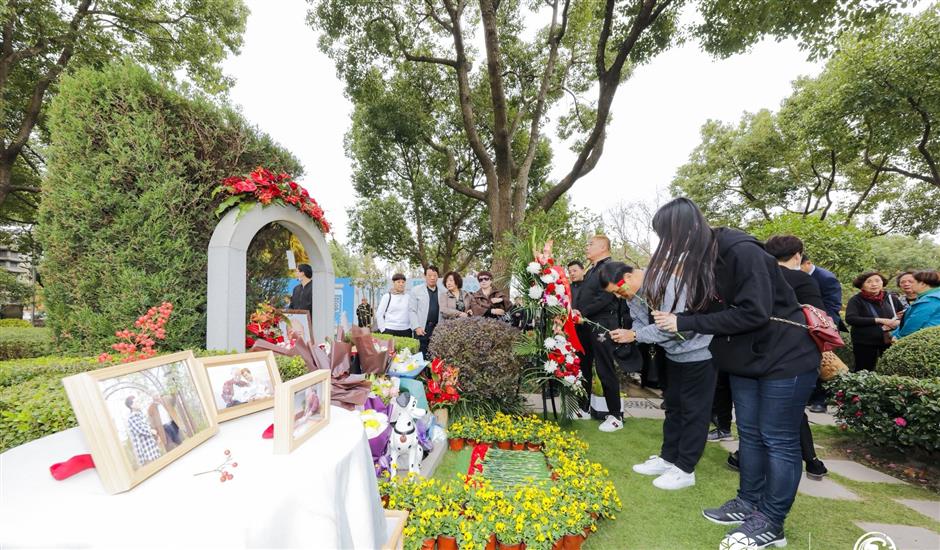 A monument in his memory is in the shape of a stage with photographs of Li and his wife and a sculpture of his dog. Li provided a home for several sick stray dogs.

Classic performances of Li were screened at funeral, triggering many memories.

Wang Rugang, a renowned local comedian who was one of Li’s performance partners, recalled Li's endless pursuit of art, his spirit of dedication and integrity. 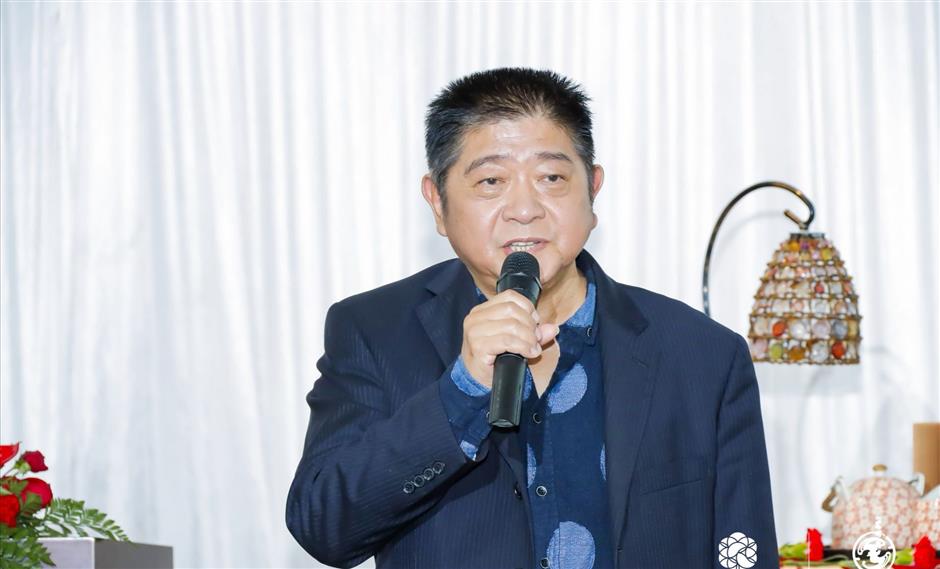