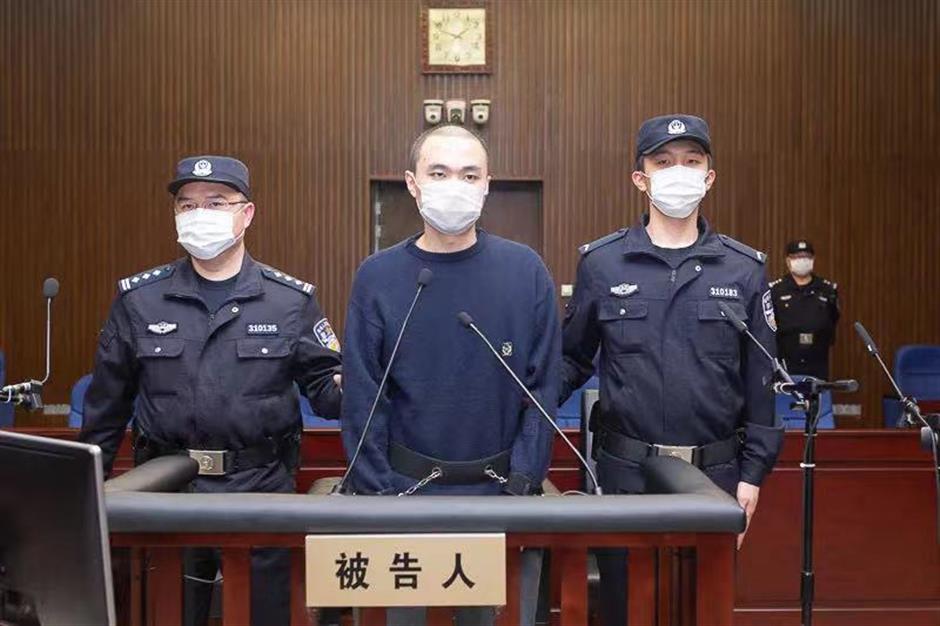 Yan Haojie, who is accused of killing his wife, appears at Shanghai No. 1 Intermediate People's Court on Thursday.

A man appeared in court on Thursday charged with killing his wife and trying to destroy evidence by setting their house on fire with her body inside.

At Shanghai No. 1 Intermediate People’s Court it was alleged that Yan Haojie stabbed her to death in March after she refused to give him money to pay off gambling debts.

The court heard that he then ran from the house in the Pudong New Area but later surrendered himself to police.

The couple had just been married for several months, the court heard.

The court said its judgment would be announced soon.