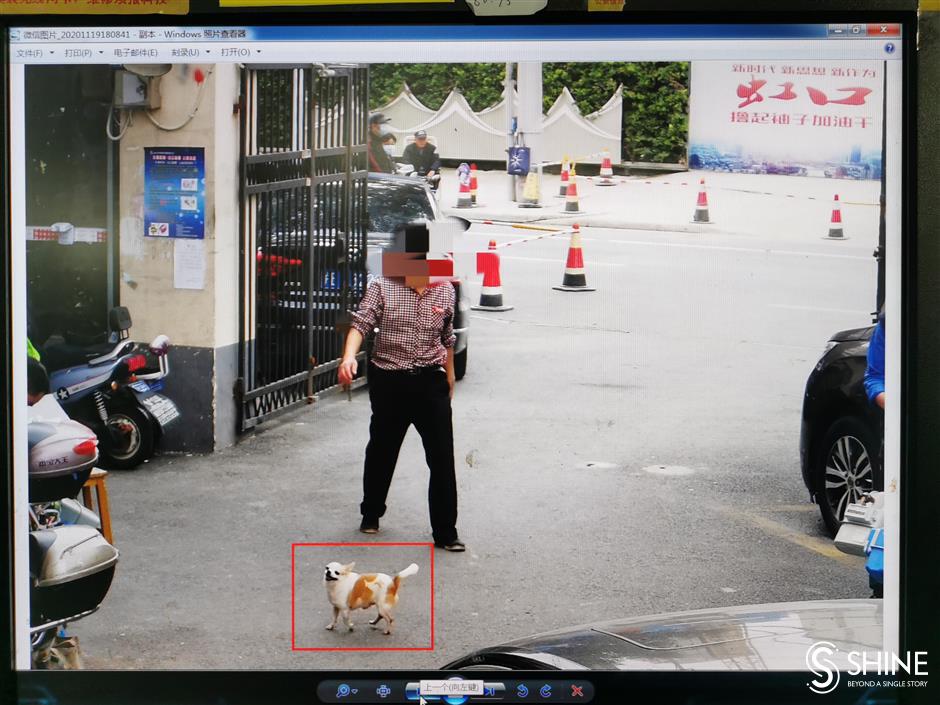 A man is caught on camera walking his dog without a leash on October 28.

With a new application, the cameras can record dog owners and their animals, and when someone walks their dog without a leash, police will be alerted.

The technology is being trailed in an area of Hongkou District administered by the Jiaxing Road Police Station.

So far, over 20 people have been caught this way, police said.

One of the offenders was a man surnamed Tang, who resides in this area. He was caught on a camera at the entrance to his residential complex on October 28 with his Chihuahua without a leash on.

“I thought it was not necessary to leash her because we were almost home, and she is very friendly to people,” he told Shanghai Daily on Friday.

According to regulations in Shanghai, pet dogs must be leashed when being walked in public spaces, and leashes shouldn’t be longer than 2 meters. Offenders can be fined 20 (US$3) to 200 yuan.

In this case, Tang was fined 20 yuan.

Officers at the police station say they also use the function to watch for stray dogs and have found 40 so far. 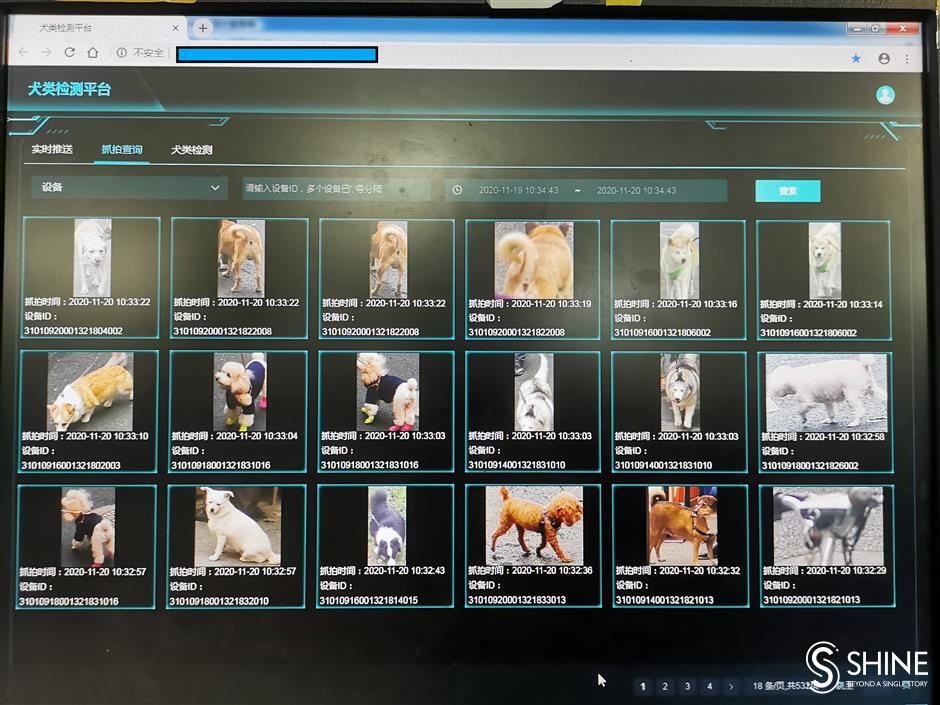