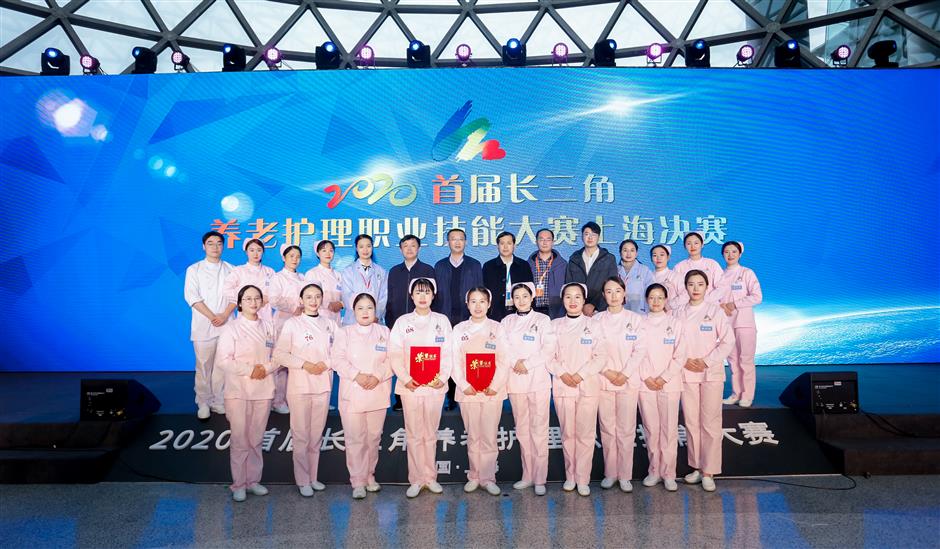 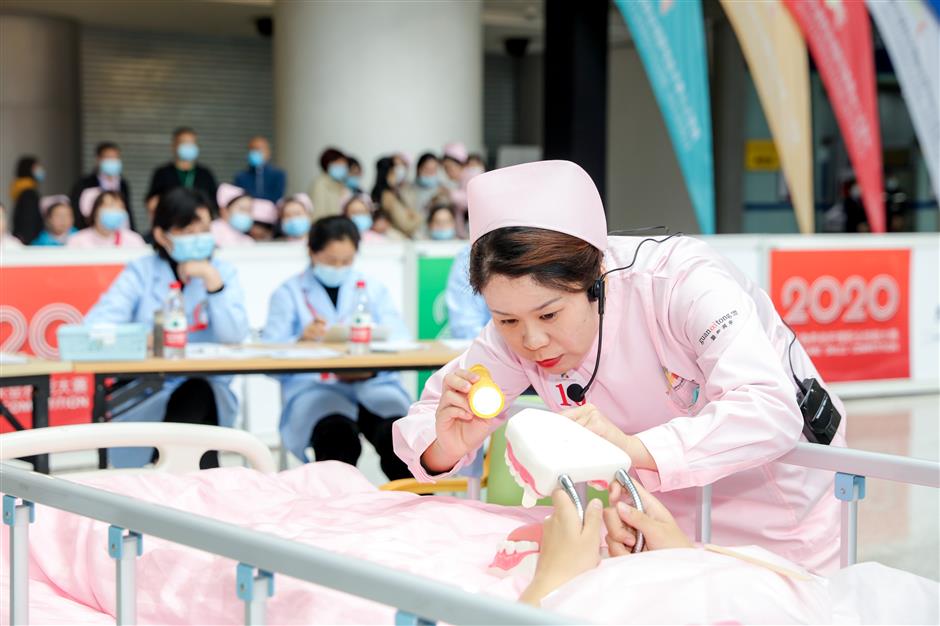 A finalist performs a check during the competition.

Twelve nursing workers have topped out in a competition involving some 150,000 seniors care workers from nearly 8,000 seniors homes in the Yangtze River Delta region.

They received awards in the Pudong New Area from civil affairs authorities in the delta region over the weekend for their knowledge and adept nursing skills.

The competition tested the basic nursing and rehabilitation skills of seniors care workers. Their emotional care for the elderly was also evaluated.

The top group award went to Zhejiang Province's team, while a seniors care worker from Shanghai No. 1 Social Welfare House claimed the top prize for individuals.

A finalist assists in rehabilitation training.

In the final, they completed a number of procedures such as changing urine bags and helping them sleep.

All finalists were born after 1980s, with the youngest 25.

"I have done the job for eight years, and I take care of seniors like my own grandparents," said a finalist surnamed Lin, 33.

Another finalist, surnamed Zhang, said an increasing number of people are willing to work in the seniors service industry.

"More attention has been paid from government authorities, pushing us to do a better job," she said.

A finalist hard at work.

A finalist displays her nursing skills.

The three-day event, which aims to foster the development of the nursing industry, will be held every two years. It was in its first edition.

Jiangsu Province will host the next competition.

"With an increasing number of elderly, the team establishment of nursing workers must catch on," said Xu. "We are creating a sound and relaxed environment for young seniors care workers in Shanghai to keep them in the industry."

Chen Jianyi, director of the senior service department of the Zhejiang Provincial Civil Affairs Department, said: "We are considering drafting a single standard on seniors nursing services in the delta region to promote the development of the industry."