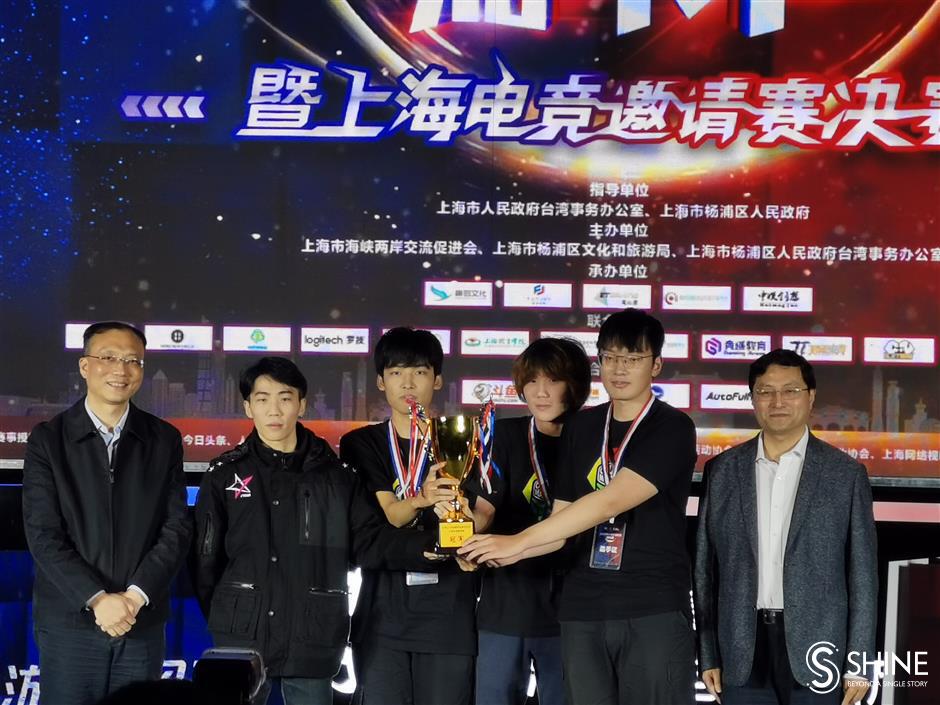 The winners from Shanghai and a representative of the Taiwan winners.

A team of three students from Shanghai and two from Taiwan won the top prize at an eSports competition of the Cross-Strait E-Sports Culture Festival over the weekend.

The event, which began on August 20, was staged by the Shanghai Cross-Strait Communication Promotion Association as well as the Taiwan affairs office and culture and tourism administration of Yangpu District, Shanghai.

The festival included an eSports competition, an eSportscasters contest, toy exhibitions, music shows and related course promotions, which are all expected to promote cross-Strait exchanges and cooperation among young people, as well as the development of the eSports industry. 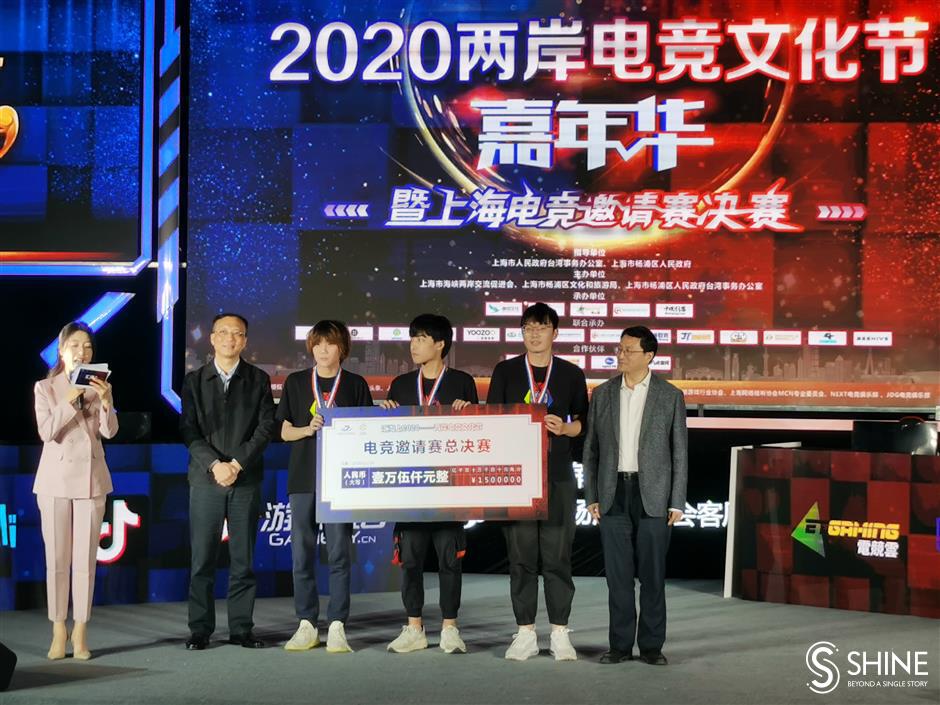 As a core part, the eSports competition of famous game League of Legends was held simultaneously in Shanghai and Taiwan. A total of 32 teams took part in the session in Taiwan and 64 in Shanghai.

The winning team in each session, each with five members, made it to the final. One of the team was from Shanghai University of Engineering Science and another from Hungkuang University.

The 10 members were then mixed up and divided into two new teams by lucky draw. Eventually, the team with three from Shanghai and two from Taiwan won the final championship. They also won 15,000 yuan (US$2,268) of prize money. 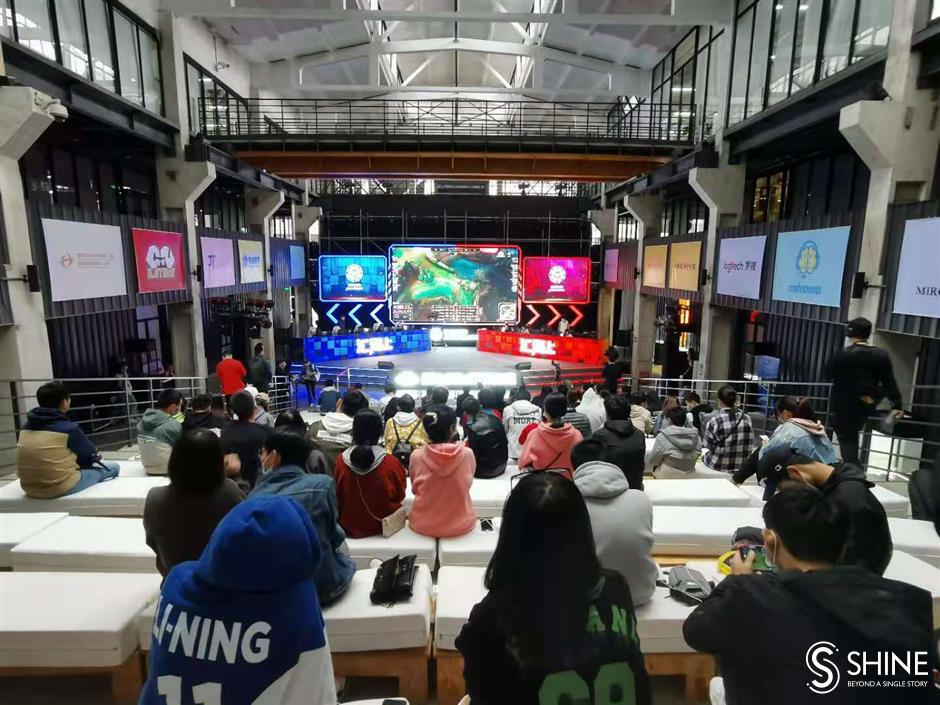 eSports fans watch the final competition at the Changyang Campus in Yangpu District.