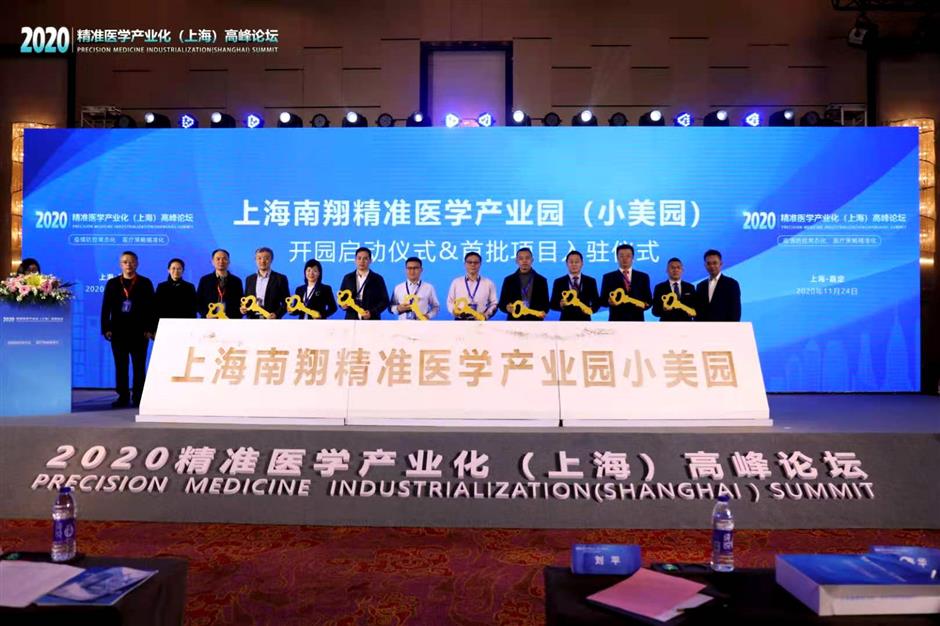 A precision medicine industrial park in northwest Shanghai announced an expansion on Tuesday as the government launched a new drive to boost the city’s biomedicine industry.

The park in Jiading District’s Nanxiang Town is adding another 26,100 square meters of space, and 10 representatives of companies moving into the new space have been given symbolic “keys to success” at a forum on the industrialization of precision medicine.

“Shanghai has been improving its services and enhancing the integration of resources to construct itself as a world biomedicine hub,” said Liu Ping, general engineer of Shanghai Economic and Information Commission, in his address to the forum.

The government has introduced a plan to push for specialization of biomedicine industrial parks in terms of their planning, environment standards, infrastructure and public service access.

“Not only would we like to see more research and development results in the field in Shanghai, we would also want them industrialized here,” Liu said.

Precision medicine is an approach to disease treatment and prevention that aims to offer targeted solutions for different individuals or groups rather than a one-size-fits-all approach.