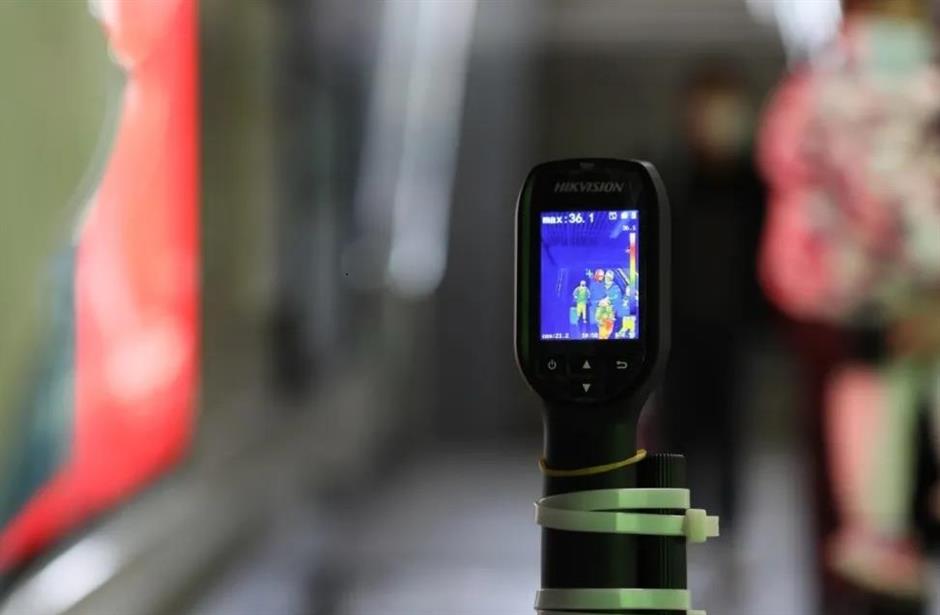 A thermal imaging device at a Metro station.

Shops inside the stations are disinfected at least as frequently as other parts of the stations.

Liquid soap is again available in all station restrooms, and disposable Metro tickets in circulation are disinfected at least once a week, according to the company.

Passengers with temperatures over 37.3 degrees Celsius will be taken to a separate area inside the stations for a second check and further treatment, the company said.

All Metro passengers are required to wear masks when entering stations.