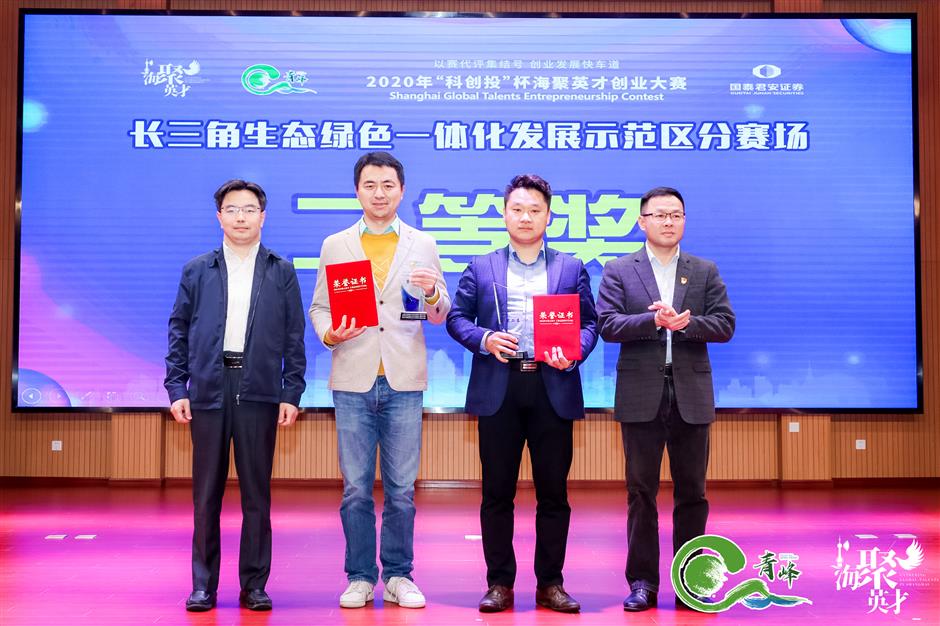 Twenty-four projects had entered for the contest with support from human resources and social security authorities in Shanghai’s Qingpu District, Wujiang District in Jiangsu Province and Jiashan County in Zhejiang Province.

The contest had participants elaborate on their projects and answer questions.

An intelligent storage project by Veiglo, an information technology company based in Qingpu, took the top award.

A multi-fingered mechanical hand and its operating technology by Jodell Robotics in Suzhou was placed second.

The other winning projects included the research and development of porous membrane materials and a magnetic resonance imaging system for small animals.

The contest promotes high-end development of startup companies in the demonstration zone and cooperation will be stepped up to make the zone an oasis for talent to start businesses, said Jiang Renhui, head of Qingpu’s organization department. 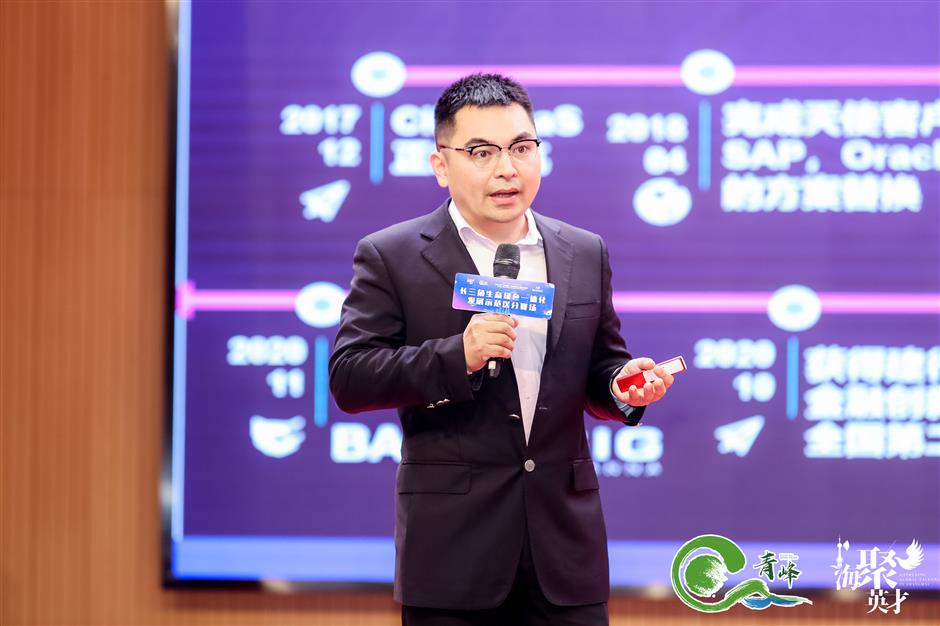 A participant talks about his project during the contest.