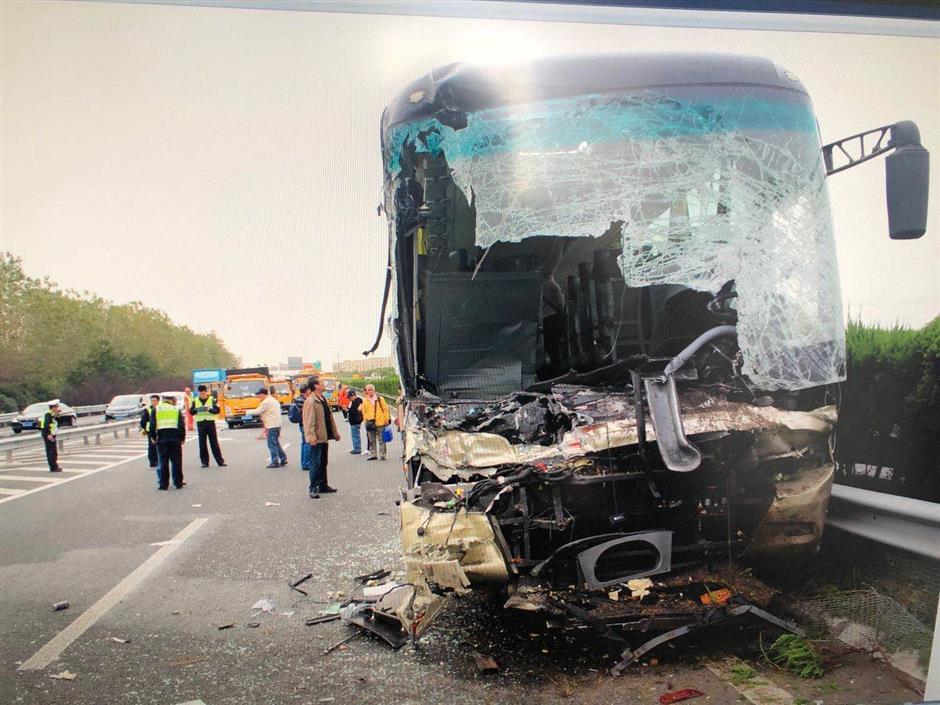 The scene of the accident on October 29

A bus company whose driver caused an accident while using his mobile phone has been fined 10,000 yuan (US$1,500).

Qishun had not lived up to its responsibility to ensure safety, and the legal representative and security manager of the company were each fined 1,000 yuan.

The accident took place on October 29 on the G2 Expressway in Jiading District.

The driver lost his right leg while three of his 28 passengers suffered slight injuries.

Everyone on the bus was wearing a seatbelt, police said.

The driver, Sheng, is said to have been holding the steering wheel with one hand while holding his phone in the other to use its navigation software.

Before the bus lost control and collided with a truck, the driver had been using the mobile phone with both hands for 15 seconds, police said.

Qishun has a surveillance room collecting information from all its buses on the road, but staff had failed to alert Sheng to his driving and later had not talked to him or punished him, police said.