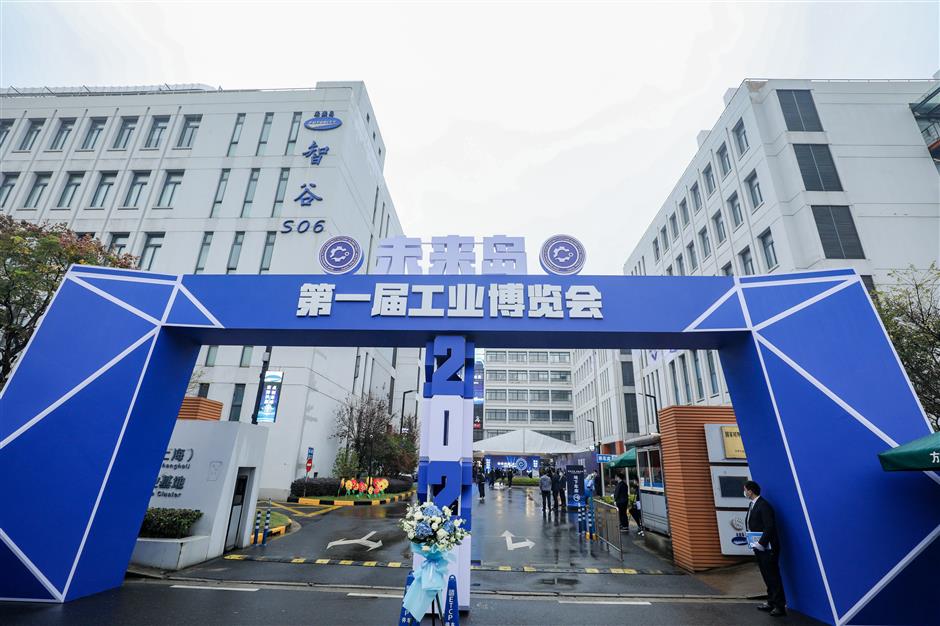 An industrial expo was launched at one of the city’s earliest high-tech parks in Putuo District on Wednesday to help tech firms recover from the pandemic.

The expo is held at the Future Island High-tech Park in Taopu Town, which was initially developed in 1999. The event runs through Friday.

Over 20 companies based in the park — mainly those involved in manufacturing, new materials and culture — will promote their new products and technologies as well as communicate with each other.

The expo is part of efforts by the township government to help relieve the impact of COVID-19, according to local authorities.

As one of the city’s earliest high-tech parks, Future Island now focuses on the intelligent manufacturing, new material and new culture industries. Many companies suffered great losses after the outbreak of the pandemic early this year.

The expo will set up a policy consultation section, forums and an exhibition in the park to meet the needs of the companies in difficulties. China’s major telecommunication carriers have also been invited to promote 5G applications among companies.