Moments in November: city life through our lens 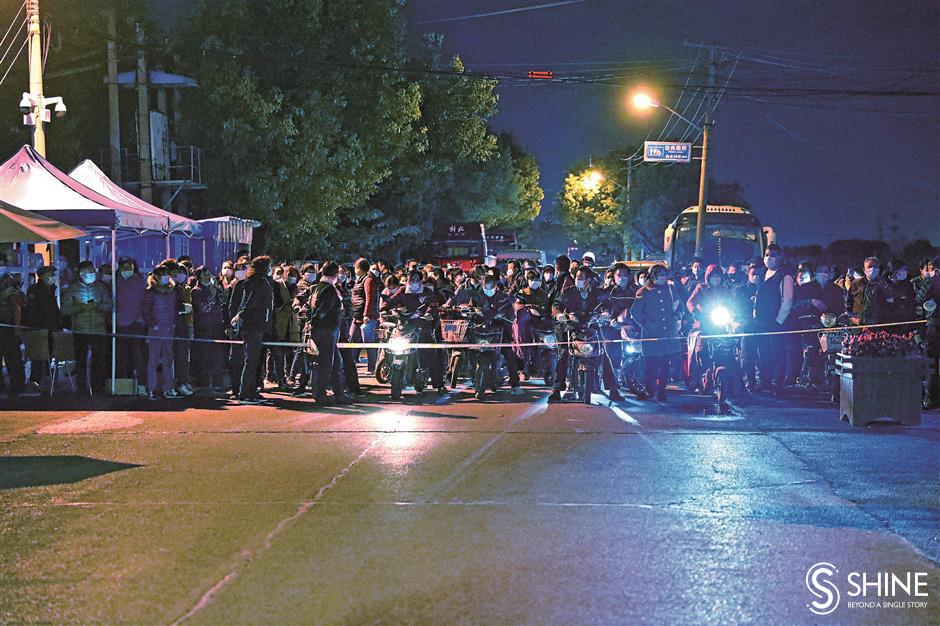 People of Yingqian Village line up behind a cordon on the evening of November 23 before a 14-day lockdown ended. The village, with 3,000 households, was quarantined after one of its residents tested positive on November 9. Shanghai found seven local cases in November. 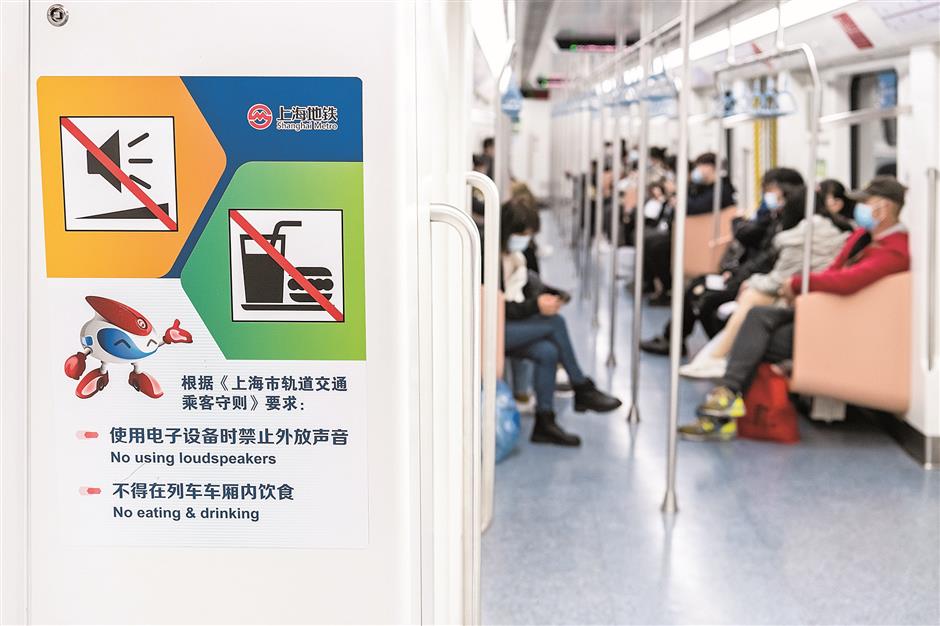 A poster in a Shanghai Metro carriage reveals some new rules for commuters on November 25. Loudspeakers for electronic devices will be banned in carriages from December 1. The posters also reiterate that eating and drinking in Metro carriages is not allowed. 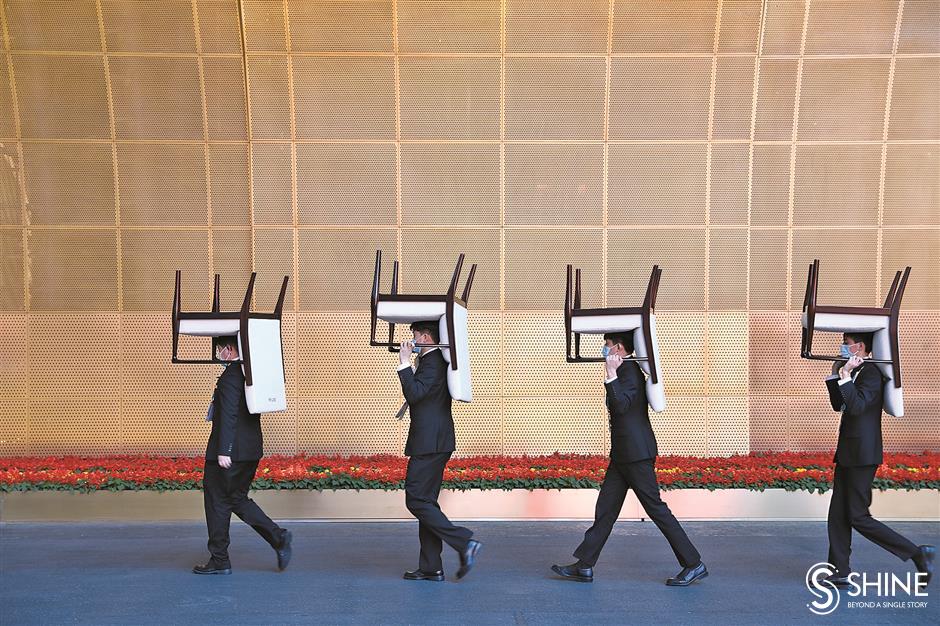 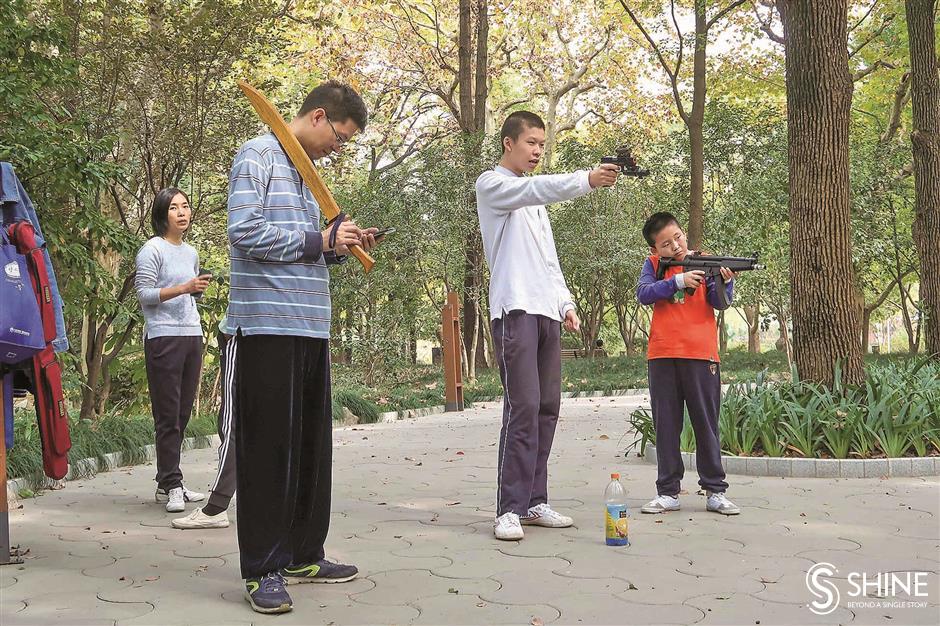 A father holds a wooden knife while two boys play with toy guns in Changfeng Park on November 7. 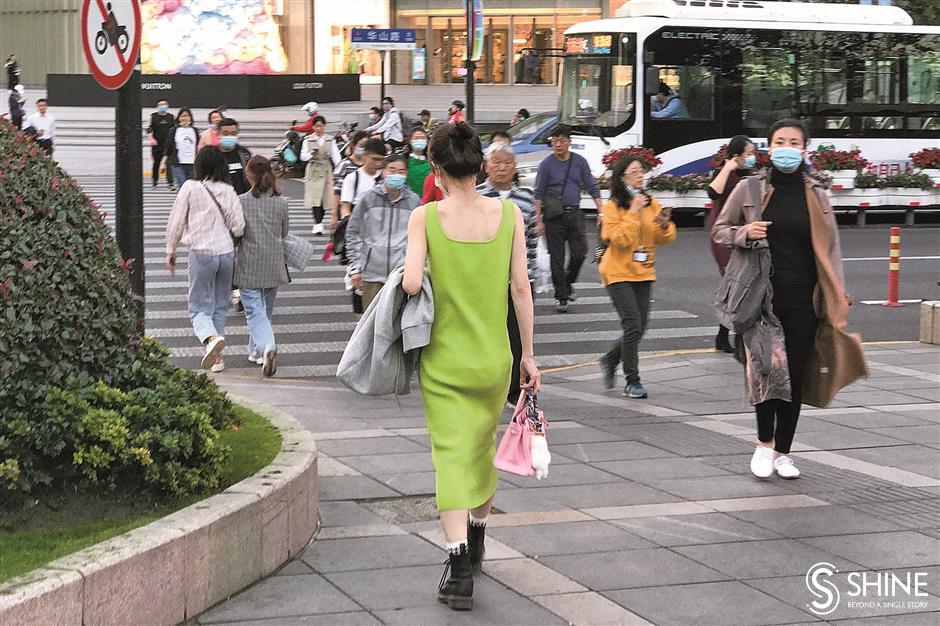 Pedestrians’ clothing seem to contradict the season on November 18 when temperature rose to 27 degrees Celsius. Shanghai’s weather bureau has said it will be warmer than normal this winter.