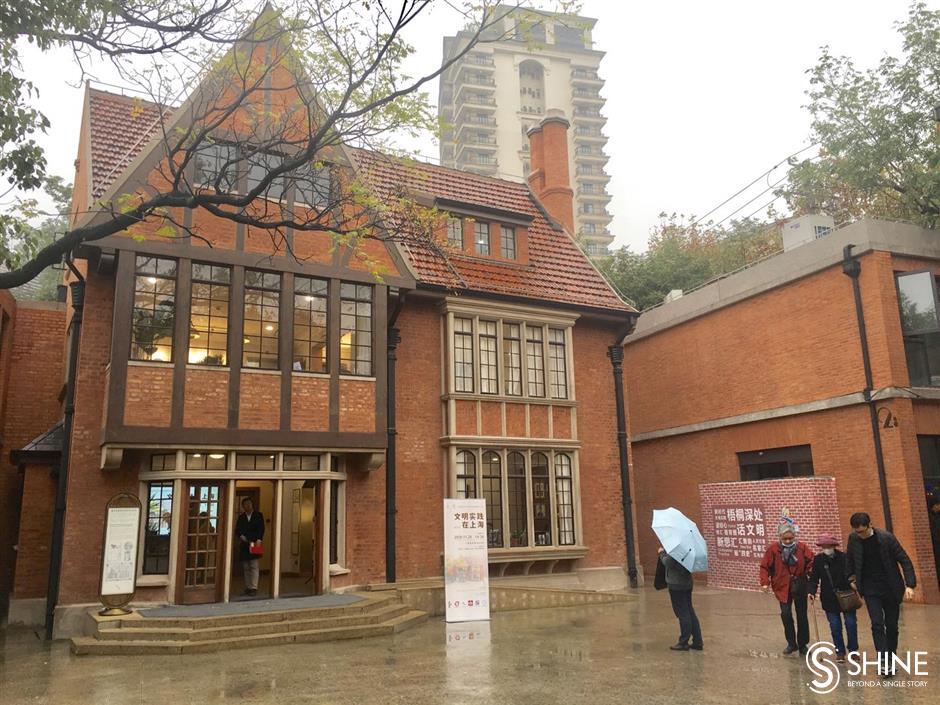 A near century-old garden villa in downtown Xuhui District has become a popular community service center and one of the city’s “civilization practice centers.”

The 66 Wutong Yard center was unveiled at the historical complex on 64 Wulumuqi Road S. The main building was built in 1932 and designed by renowned architect Laszlo Hudec.

The three-story brick and wood structure covers 541.6 square meters and has been listed as a “heritage architecture” of Xuhui District.

The British-style garden villa was once the residence for pastors of the nearby Shanghai Community Church. It later became the site of the district’s sports bureau.

The Xuhui government moved out the bureau and turned it into a community care center for the Tianping Road Subdistrict to strengthen community services.

An online livestream program was held in the complex on Thursday to invite more residents to the center, which can offer elderly care, babysitting, dining, haircutting and repair services.

As one of the civilization practice centers which aim to elevate the moral standards of the public, the center also holds lectures, cultural salons, performances and guided tours around the surrounding Hengfu Historical Conservation Zone.

Gao Bowen, director of the Shanghai Pingtan Troupe, staged a classic pingtan performance, or storytelling to music in Suzhou dialect, in the complex as the beginning of the livestreaming program, which attracted tens of thousands of online audiences. 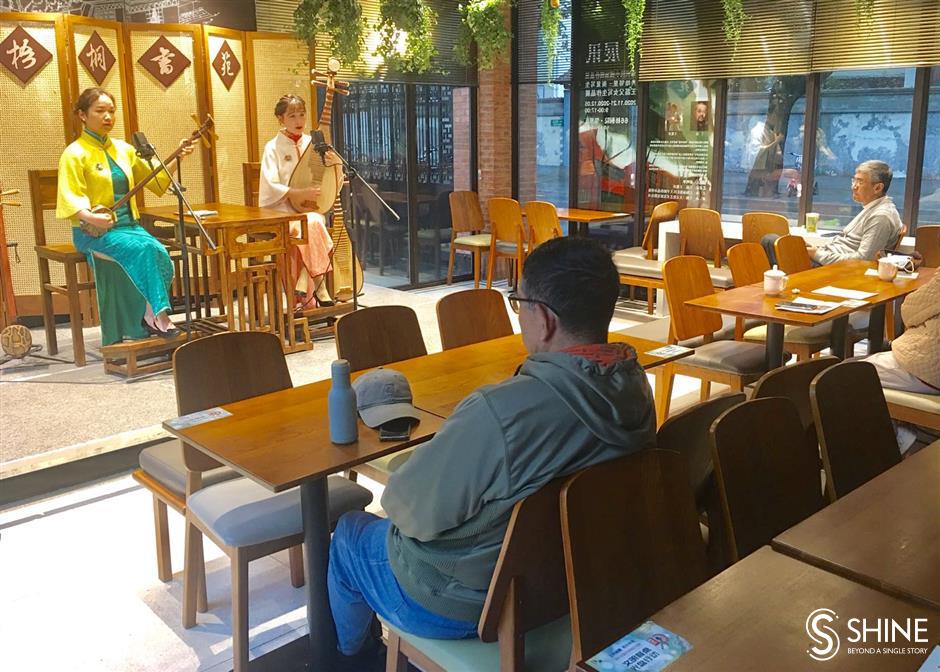 A pingtan performance at the community care center. 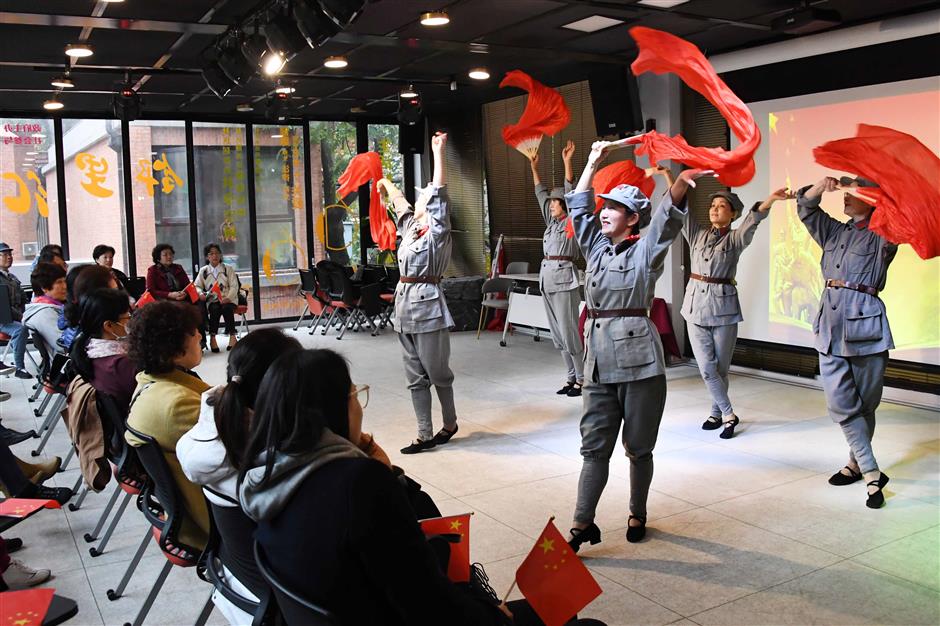 Visitors watch a performance at the community care center.

Pingtan performances are being held regularly at a teahouse in the complex. Audiences only need to pay for tea and listen to traditional performances throughout the day.

In the historical villa, an expert gave a lecture about the history of the Communist Party of China, while libraries and film watching rooms are open to the public free.

Residents, community planners, experts and legislators are invited to the building regularly to discuss community issues and solve problems.

Xuhui District has built 18 subdistrict and township-level community care centers along with 306 neighborhood centers. A flagship International Neighborhood Center will be launched as a one-stop community service center for nearby residents and employees. It will integrate culture, sports, dining, babysitting, art exhibitions and other services, according to the Xuhui Spiritual Civilization Office.

Citywide, there are 16 district-level civilization practice centers along with thousands of sub-centers in the subdistrict and neighborhood levels. The livestream program will promote the characteristic center of each district. A center in north Baoshan District will be showcased in the next online program scheduled on December 2.

Visitors learn how to make traditional dim sum at the center.