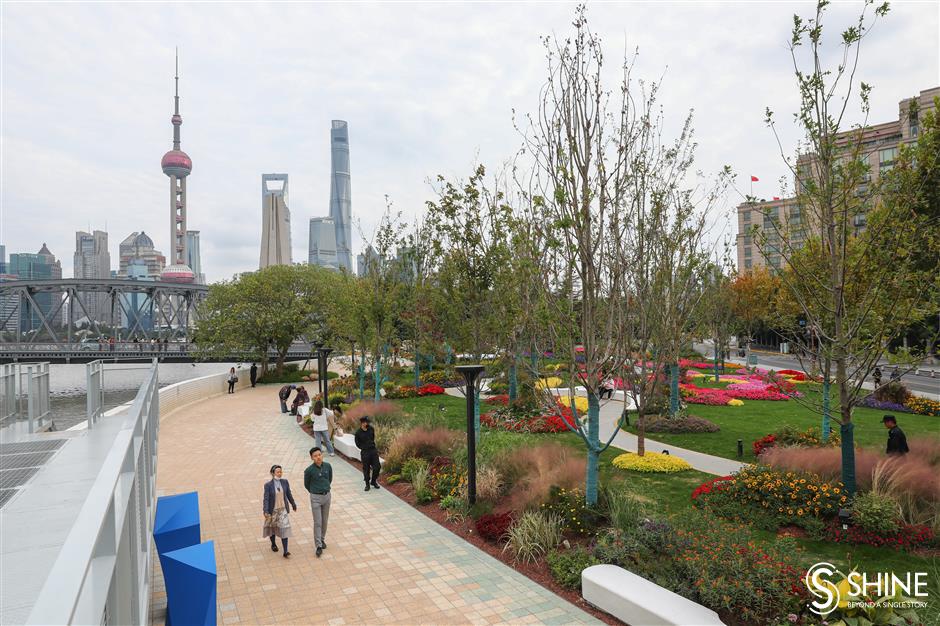 Part of the Suzhou Creek riverside on its south bank near the Bund.

The 42-kilometer Suzhou Creek riverside in urban districts is set to be almost fully connected by the end of this year, the government said in a report to the city’s legislature on Thursday.

By the end of last month, 92 percent of the work had been completed in six districts, according to the housing and urban-rural development administration commission.

Parts still under construction and expected to be open by the end of the year are in Jiading, Changning and Jing’an districts, while the Wuzhen Road Bridge in Huangpu District and Changshou Road Bridge in Jing’an District will no longer stand in the way of the Suzhou Creek riverfront by the first half of next year, the commission said.

It said it will soon be talking to the city’s planning and water affairs authorities about the revamp of flood walls along the creek in terms of the application of new designs based on new materials and management methods.

The government plans to extend the public space along the Huangpu River to the south and the north and push for construction of public space upstream along Taipu River and Dianshan Lake.