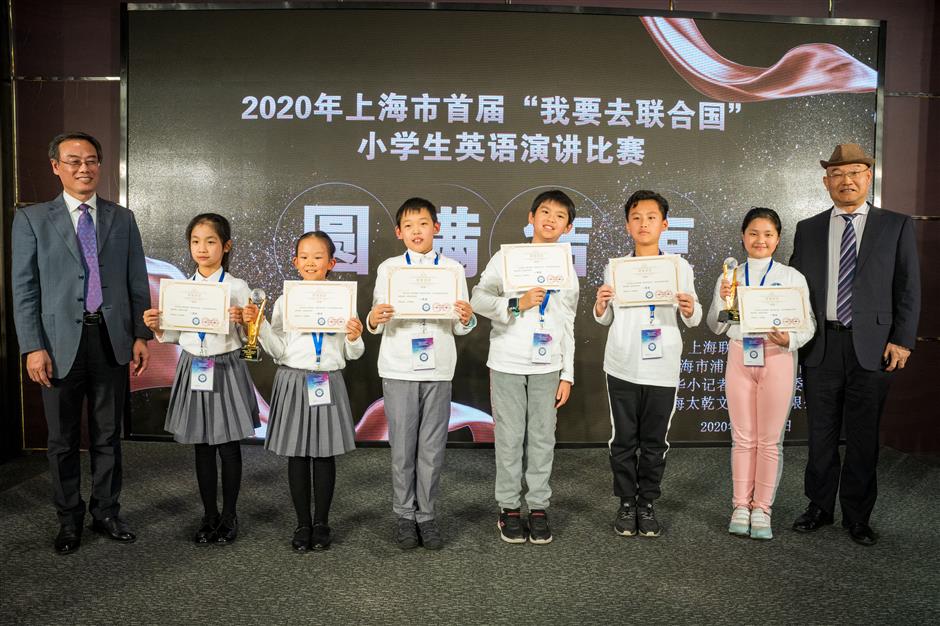 The winners of the city's first “I'm going to the United Nations” English speech contest for local elementary school students.

An English speech contest for local elementary school students wrapped up in Shanghai over the weekend.

The final competition of the city’s first “I'm going to the United Nations” English contest was held at the Shanghai UN Research Association on Saturday. The event was jointly organized by the association and the Pudong Translation Association.

Six top awards, 12 second awards and 54 third award winners were singled out. They will have the chance to visit, study and conduct interviews at the UN organization on behalf of local juveniles.

Chen Jia’er, the former president of Peking University, sent a message to the event to encourage the young students to study English well and transmit the voice of China to the world.

The contest aims to establish a platform for the participants to communicate with each other and enhance their English speaking and public speech capabilities.