North Bund to be home for global financial firms

Nearly 1,800 financial companies from both home and abroad are based in the North Bund region, which manages over 6 trillion yuan (US$912.6 billion) of assets, Wu Xinbao, Party secretary of Hongkou told the 10th North Bund Fortune and Culture Forum.

More than 200 top-grade office buildings are being built on the 4-square-kilometer riverside region. Its development density will be on par with the London financial hub, which contributes nearly a third of London’s GPD, Wu told the forum.

About 150 officials and experts attended the forum on the North Bund, which has been held for 10 consecutive years to offer suggestions and guidance for the development of the region.

Shanghai Vice Mayor Wu Qing said the forum has become “a popular platform for the integration and innovative development of the financial and cultural industries.” 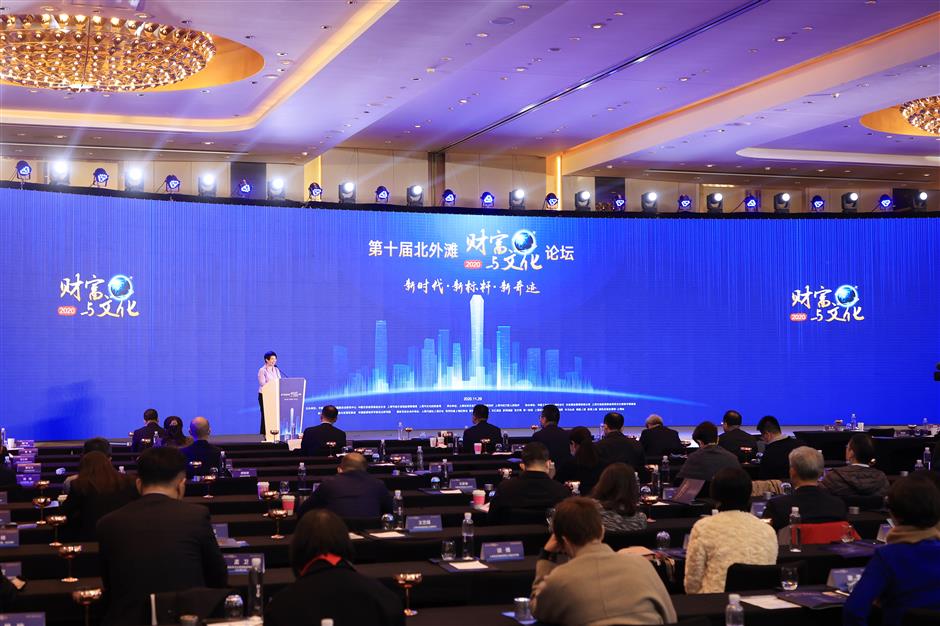 Some 150 officials and experts attend the forum on the North Bund on Sunday.

This year’s forum focused on the theme of “New era, landmark and miracle,” and invited experts to share opinions on the city’s construction of a global asset management center, fintech center as well as new integration of capital and cultural industries, especially during the COVID-19 pandemic.

An expert panel was established, including experts and scholars in the financial and cultural sectors. They will offer consultancy services for the decision making on North Bund development.

The Shanghai Fintech Park and Shanghai Fintech Alliance have been launched in Hongkou in recent years, while companies such as  American Express and Wanxiang Blockchain have based in the district.

The North Bund is the birthplace of the Shanghai Stock Exchange which came into existence in 1990, Wu Qing said. The place is expected to become a gathering site for fortune management companies and a highland for the fintech industry, he added.

The riverside region should meet the same high standard set at the Lingang Special Area of the Shanghai Pilot Free Trade Zone and the Pudong New Area.