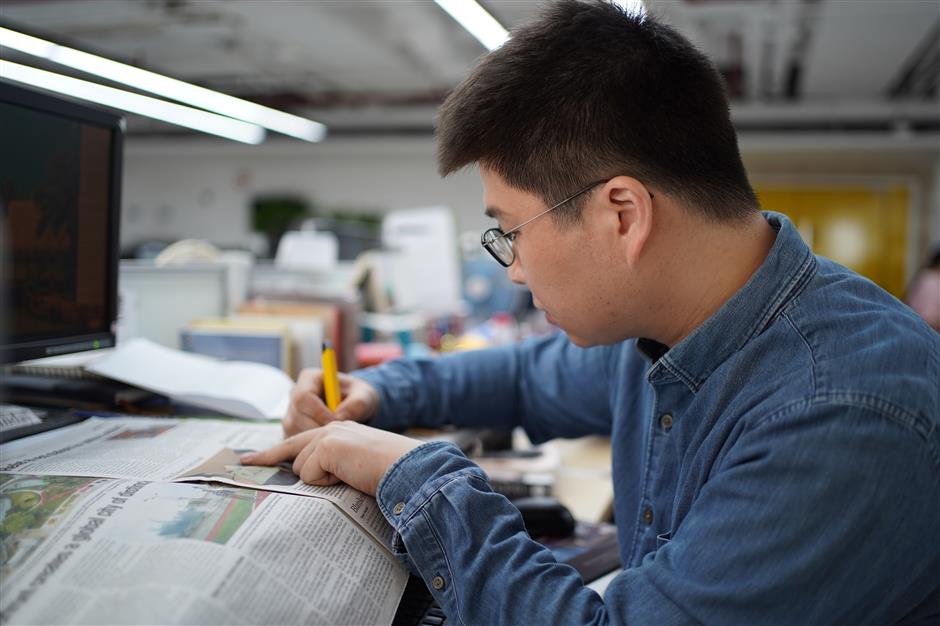 Yang Jian, who has been named a “Model Worker” of Shanghai this year, at work in the Shanghai Daily office.

Shanghai Daily journalist Yang Jian was awarded the title of "Model Worker" by the city on Wednesday.

He is one of 840 people who have won the award this year in a tradition in the city to honor its most hard-working and excellent workers.

Yang, the chief reporter, has been working at Shanghai Daily for 12 years.

Among this year's award winners, 414 are factory floor workers and professional technicians and 63 are migrant workers. A total of 63 award winners are medical workers, while 30 work in science and technology.

About 32 percent are women.

In addition, 336 companies, social organizations and government institutions were named as "Model Groups" this year. Among them, 21 are companies with foreign investment.

An exhibition of the people from Shanghai who were awarded local and national "Model" awards this year opened at Shanghai Workers' Cultural Palace on Wednesday.