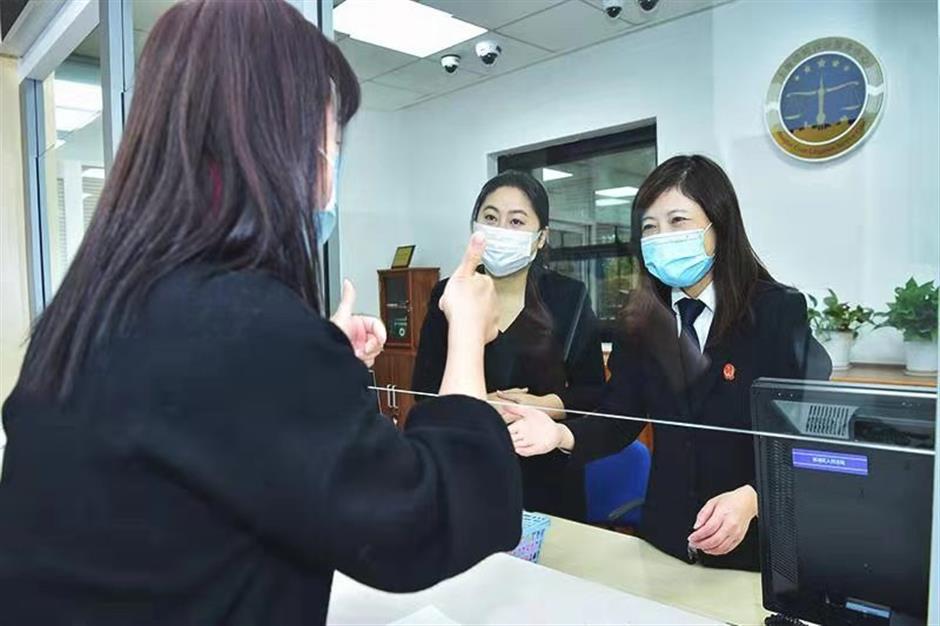 Xiong (left), a hearing-impaired woman, communicates with Judge Cai Miaomiao (right) with the help of Li Lin, a volunteer providing the sign-language translation service at Huangpu District's court on Thursday.

A sign-language translation service was provided at Huangpu District People's Court on Thursday, the 29th International Day of Disabled Persons.

It is the first service of its kind in a local court, it said.

A hearing-impaired woman, surnamed Xiong, was at the court’s litigation service center to consult a judge about an inheritance dispute.

“You need to file a bill of complaint and evidence to the court according to this template,” Cai Miaomiao, the judge, told Xiong with the help of Li Lin, a volunteer providing the sign language service.

Li, who has been a sign-language interpreter for nearly 10 years, was well prepared.

“We should learn how to translate the common legal terms in sign language and simple legal knowledge for the disabled,” she said.

“Before the service was launched, I have to communicate them via pen and paper. It is hard to explain professional information in several sentences,” Cai said. "But now, the barrier between the judge and hearing-impaired people has been broken."

People with hearing disorders can book the offline service at local litigation website http://www.hshfy.sh.cn/shwfy/ssfww/login.jsp or apply to the Huangpu disabled persons’ federation, the court said.

They can also have an online service when they communicate with the judge face to face, it added. 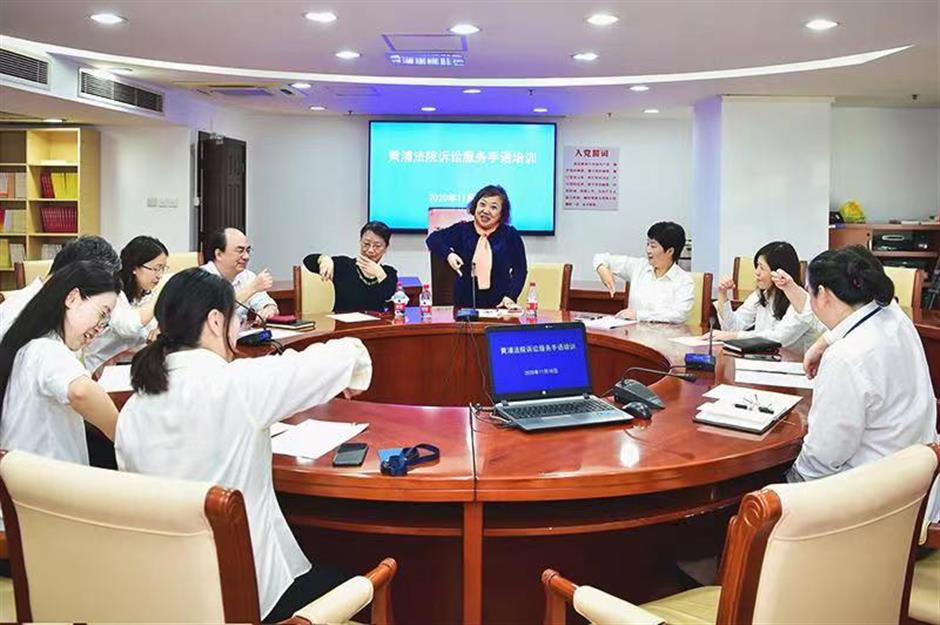 A sign-language training session for judges from the Huangpu District People's Court.

According to the demand and operation, the service will be launched in more local courts in the near future, the court said.

Over 100 policemen from the city’s courts took part in the sign-language training online on Thursday.

They learned how to express the number, daily words common legal terms in sign language during the third time of the training for all staff of the local courts, organized by the city’s high court and disabled persons’ federation.

Cai said that after two lectures she can have a simple daily conversation with the disabled. “A sign language for greeting can let them feel kindness,” she added.

The two authorities also issued China's first sign-language learning textbook about legal knowledge and the related brochure for the hearing-impaired people on the same day.