Coronavirus diary is published in Japanese

A Japanese version of “Dr Zha’s Diary of Fighting COVID-19” has been published, following the Chinese edition in April and an English edition in August.

Dr Zha Qiongfang, a doctor from Shanghai’s Renji Hospital, was a member of the city’s first medical team sent to Wuhan, then epicenter of the coronavirus outbreak.

Medics from 52 local hospitals set out for Wuhan's Jinyintan Hospital on January 24, Chinese New Year's Eve. Zha, one of the 136 members of the team, kept a diary to record life on the front line.

The book contains 67 excerpts from Zha's diary during her time in Wuhan between January 24 and March 31.

The Japanese version was released with the cooperation with Iwanami Shoten, a leading Japanese publisher. It is the first time the publisher has introduced a book from the Chinese mainland, and it will be included in the country’s mainstream book distribution network to give Japan’s medical professionals and the public an insight into Chinese experiences during the fight, Renji Hospital said.

So far, agreements for nine foreign language versions of the book have been signed.

The Japanese edition is available from amazon.co.jp. 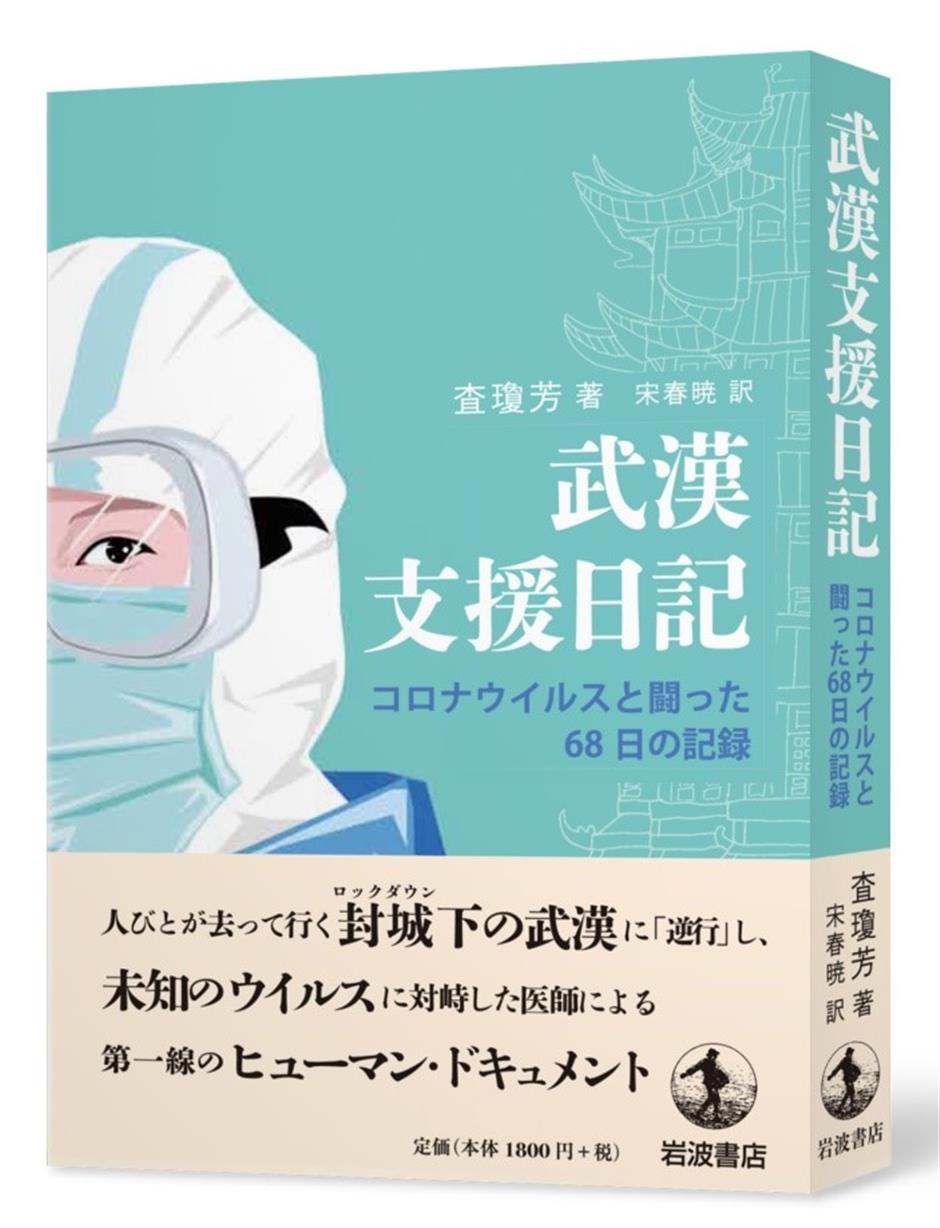 The Japanese edition of “Dr Zha’s Diary of Fighting COVID-19.”