A brown paw hands over a coffee order to a customer at Hinichijou cafe on 68 Yongkang Road in Shanghai on Thursday.

The furry bear claw waits for an order.

A cup of coffee, a furry bear claw and an uneven hole on an inconspicuous gray wall. These maybe the best words, or way, to describe a new coffee shop in Shanghai — at 68 Yongkang Road — which has gained rapid popularity recently.

Customers can scan a QR code hanging on the wall to place a coffee order. Then a take-away cup will be handed out from the hole by the brown paw. Customers can interact with the paw during the dull waiting time.

The wacky service mode employed by the cafe, Hinichijou, has drawn a slew of visitors, who instantly go click happy with their mobiles as they pose for photos. And the story behind the wall has melted the hearts of customers and Chinese netizens.

Wang Haiqing, one of the cafe's three founders, said they opened the outlet not only because of their common interest in coffee, but also with the aim of providing more employment opportunities for people with disabilities.

According to People's Daily, the store manager is a hearing-impaired barista who has won prizes at coffee-making competitions while the person wearing the bear claw has suffered facial burns.

Customers with disability certificates can get a cup of special coffee for free.

Hinichijou began its trial run on November 15 and opened officially on Thursday ie December 3, which is marked as the annual International Day of People With Disabilities.

According to the China Disabled Persons’ Federation, there are more than 85 million people living with disabilities in the country. 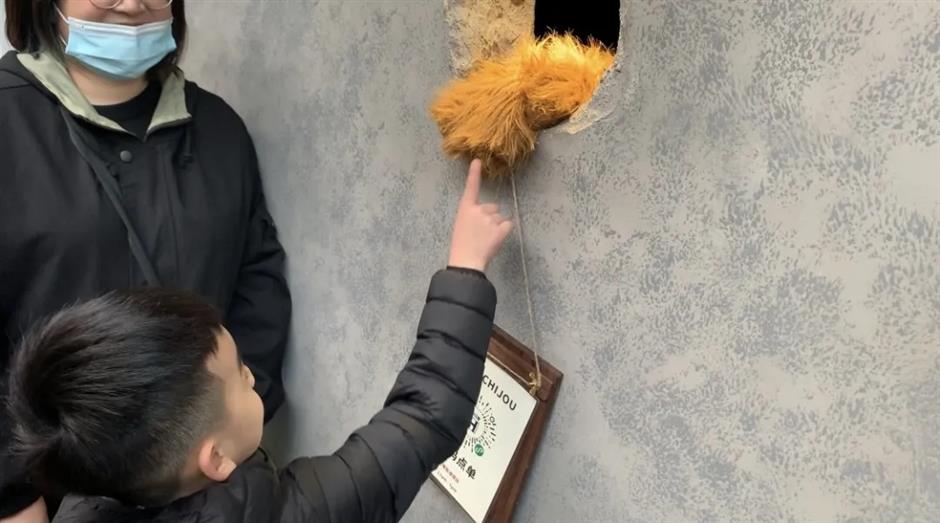 A young customer is quite enamored by the claw. 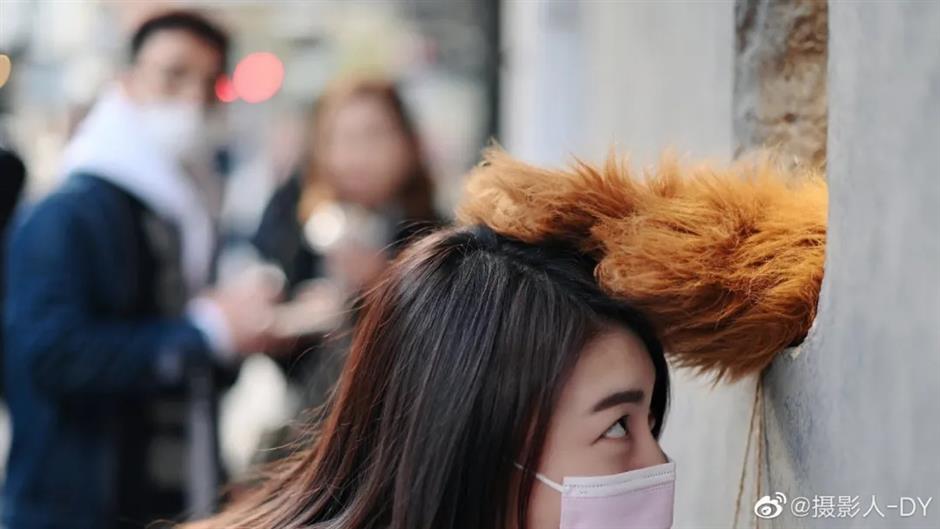 A young lady tries to make a temporary wig of the furry claw. 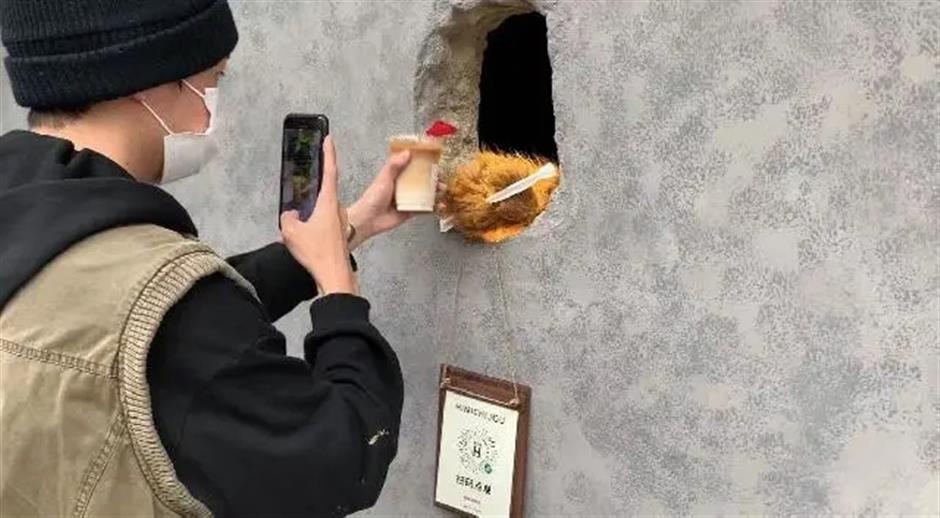 It's a photo opportunity for this cafe customer.