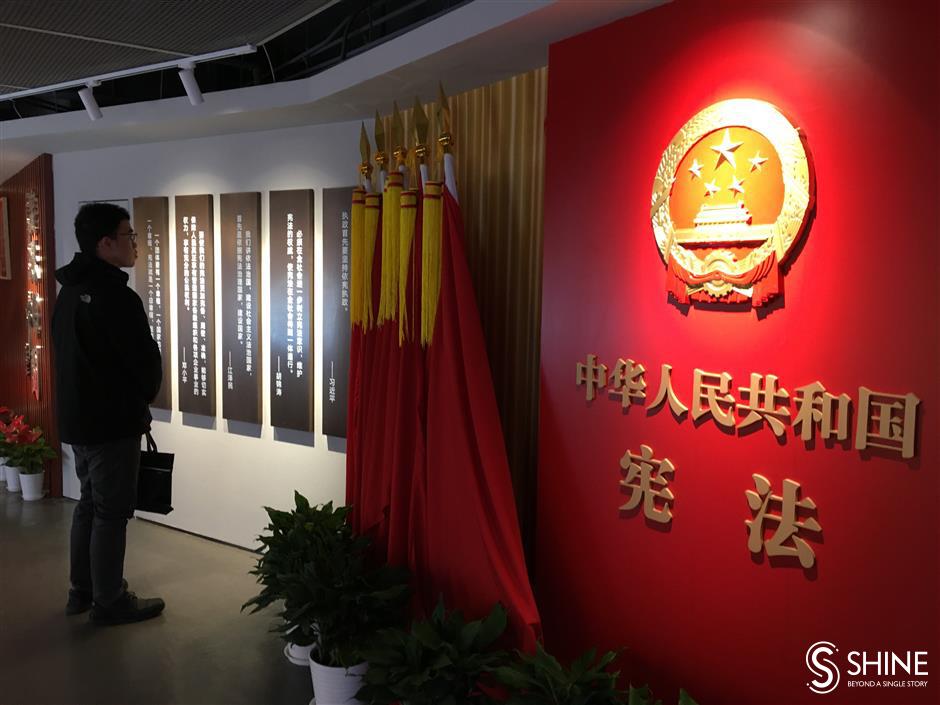 A man visits the exhibition center on Constitution promotion at Shanghai Oriental Land in Qingpu District.

An exhibition center on Constitution promotion opened on Friday — the 7th National Constitution Day — on the aircraft-carrier model at Shanghai Oriental Land in Qingpu District.

Twelfth graders from Shanghai Jiulong Model Middle School in Jing’an visited the center prior to their adulthood ceremony.

“Turning 18 years old is a time when students need to take more responsibility in terms of civil conduct,” said Lu Weidong, director of the local justice bureau. “It's important to educate teenagers about law.”

The center chronicles the history of the Constitution and the relationship between law and Shanghai from five perspectives — country, city, residents, civilization and life.

Wang Feng, the center's engineer, said because the center is primarily geared toward students, it contains many interactive and intriguing games about the Constitution. 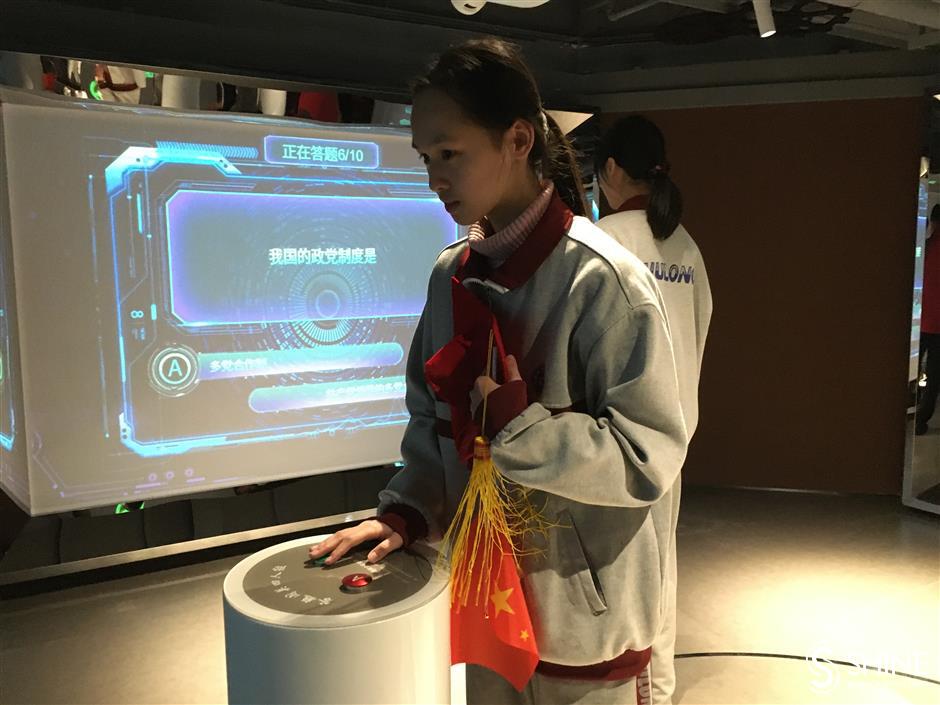 A 12th grader from Shanghai Jiulong Model Middle School takes part in a Quizarium Pro about the Constitution with other three students in the exhibition center on Friday.

“Although I am not 18 years old, I am interested in the Constitution via some interesting videos on bilibili.com,” Tang Suixin, a 17-year-old 12th grader, said. “The law affects every aspect of our lives.”

This week is the city's 32nd Constitution Week. Shanghai has been focusing on the education of law in schools during recent years.

In September, six local departments, involving the high court, the public security bureau and the education commission, announced that all high, middle and primary schools should have one vice president being in charge of dealing with school bullying and legal education.

Many related activities, including quiz shows, debate competitions and speech contests, have been held by schools online and offline, the local justice bureau said.