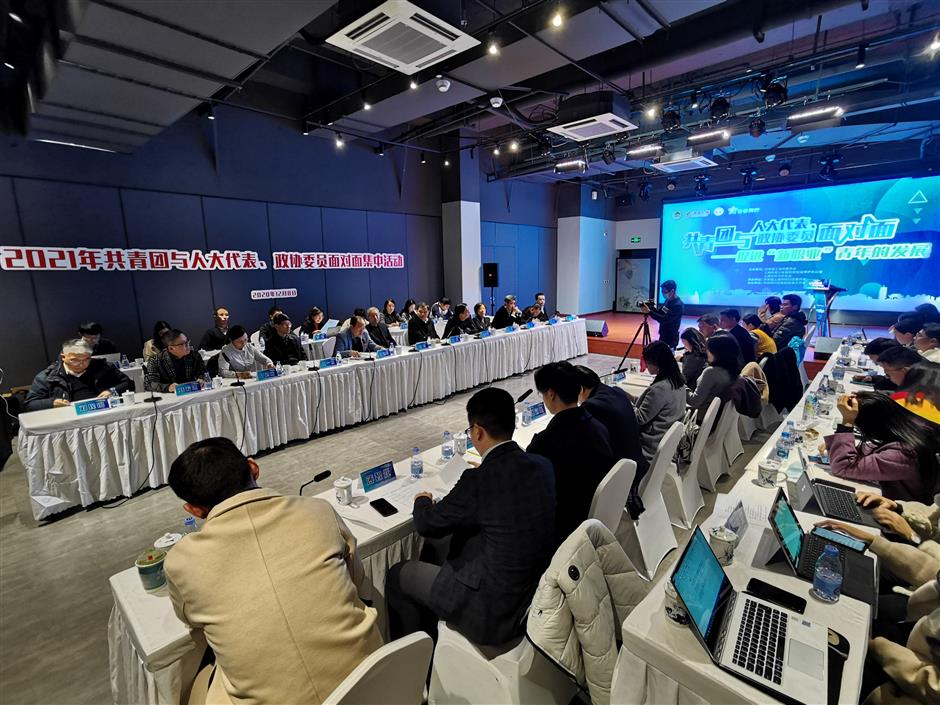 Young professionals working in Shanghai met the city’s legislators and political advisers on Tuesday in an event organized by Youth League Shanghai to brief the latter of their concerns before the annual political sessions early next year.

Participants called for better policies in social security insurance for freelancers, relaxed talent policies for professionals from out of town as well as more career consultation and training options.

Most of the players start their career as teenagers and retire before the age of 25, and those players often find they’re too old to resume academic studies afterwards and get stuck in a career limbo.

“They could potentially stay to work in the industry but they often lack the necessary knowledge to work as managers,” Ruan said. “It’s necessary to support their career development after retirement.”

He added that the young players also need a lot of consultations on legal and financial affairs as some of them make large amounts of money.

Liang Chaobo, head of the e-commerce department of Shanghai Zhang Tiejun Jade Co, and once a popular streamer for online businesses, said shops tend to use popular streamers who don’t necessarily have a solid knowledge of the products they sell, especially in terms of skin care products, medical products and jewelry.

“Also, the new race to the bottom means that the shops use low prices to attract watchers,” he said. “This is detrimental not only to the shops and the consumers, but to the streamers themselves, as more and more cases of inferior products sold by streamers are reported.”

Liang suggested that professional streamers should be trained for selling certain categories of products.

Xu Hongjue, a deputy to the Shanghai People’s Congress, the city’s legislator, and director of the Employment Promotion Center of Putuo District, told the meeting that due to information asymmetry, many freelancers are not aware of existing social security policies for them, but there is room to improve the policies in this regard.

“Currently freelancers have no access to work injury insurance and unemployment insurance, but with revisions in the national labor law, this problem could be solved,” she said.