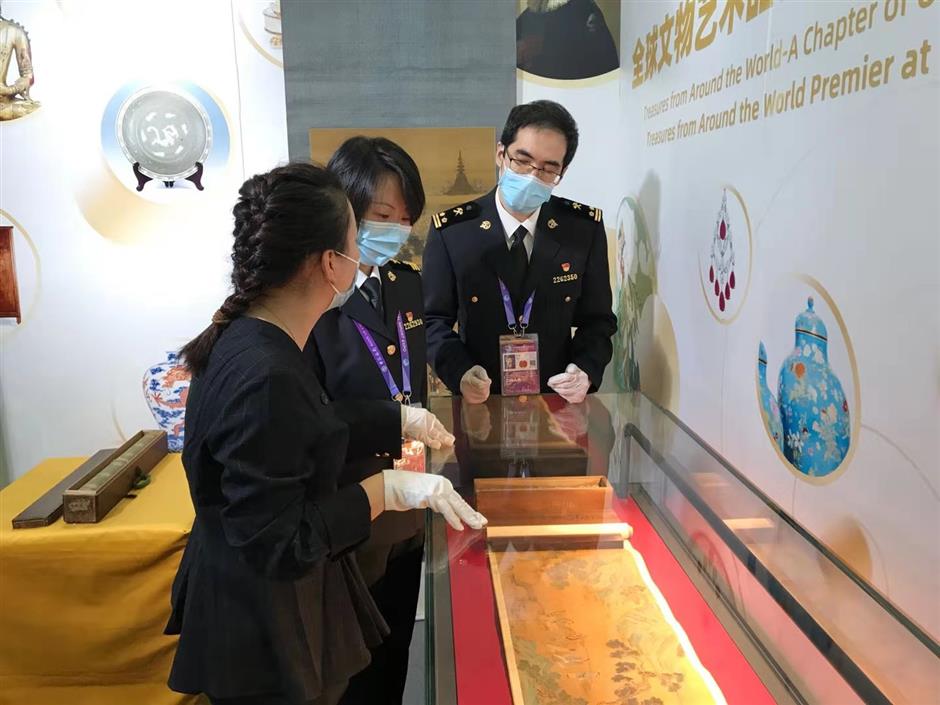 One of the five ancient Chinese paintings displayed at the 3rd CIIE.

Five imported ancient Chinese paintings exhibited at the 3rd China International Import Expo have been purchased by a Chinese collector, taking advantage of the tax free policies during the event.

The paintings' subjects include beautiful women, landscapes and sightseeing tours. They were the first batch of cultural relics from overseas to be exhibited at the CIIE. It is also the first time that China’s lost cultural relics were both exhibited and purchased on the mainland.

A private collector from east Shandong Province purchased the paintings on November 9.

The exhibition, transaction and clearance procedures have been completed, the Shanghai Administration of Cultural Heritage announced on Wednesday.

“The innovative practice taking advantage of the preferential policies of the CIIE is expected to be promoted and help retrieve the nation's cultural relics lost across the world,” an official with the administration said.

During the 3rd CIIE, between November 5 and 10 in Shanghai, five artworks and cultural relics of each exhibitor could be free of tariffs, added-value tax and consumption tax, according to a policy released by China’s Ministry of Finance, the General Administration of Customs and the State Taxation Administration in October. 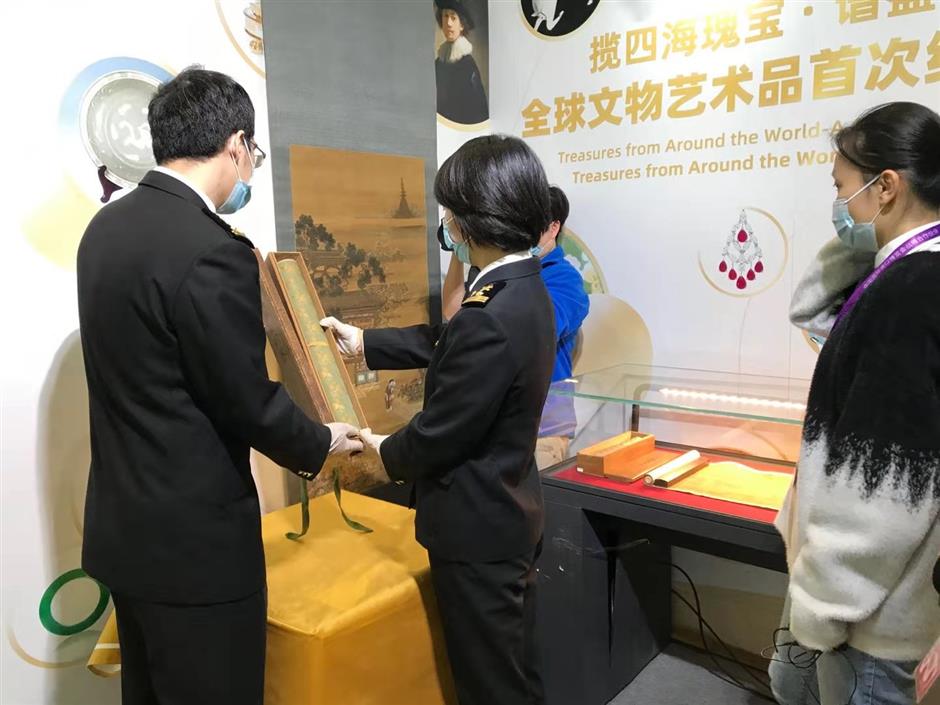 Officials check one of the five ancient Chinese paintings displayed at the 3rd CIIE.

The exhibitor of the paintings, Hong Kong-based Golden Line Import & Export Trading Co, said about 300,000 yuan (US$45,930) in tax charges had been saved thanks to the new policy.

Under the policy, the buyer who enjoys the tax reduction must exhibit the cultural relics at a state-owned museum or other organizations free for at least three years.

Private buyers have become the main force for purchasing Chinese cultural relics across the world, according to the city’s administration. The Hong Kong company alone has brought back some 30,000 pieces of retrieved cultural relics annually in recent years.

Shanghai has taken a lead in the historical artwork trade market. The city has 52 cultural relics shops, 75 auction houses, 11 antique markets with 1,103 business operators. The city also has over 300 cultural relics and antiques trade websites.

Last year, 171 auctions of cultural relics were held in Shanghai with over 110,000 artworks with a trade volume of 5 billion yuan (US$756 million), according to the city government. 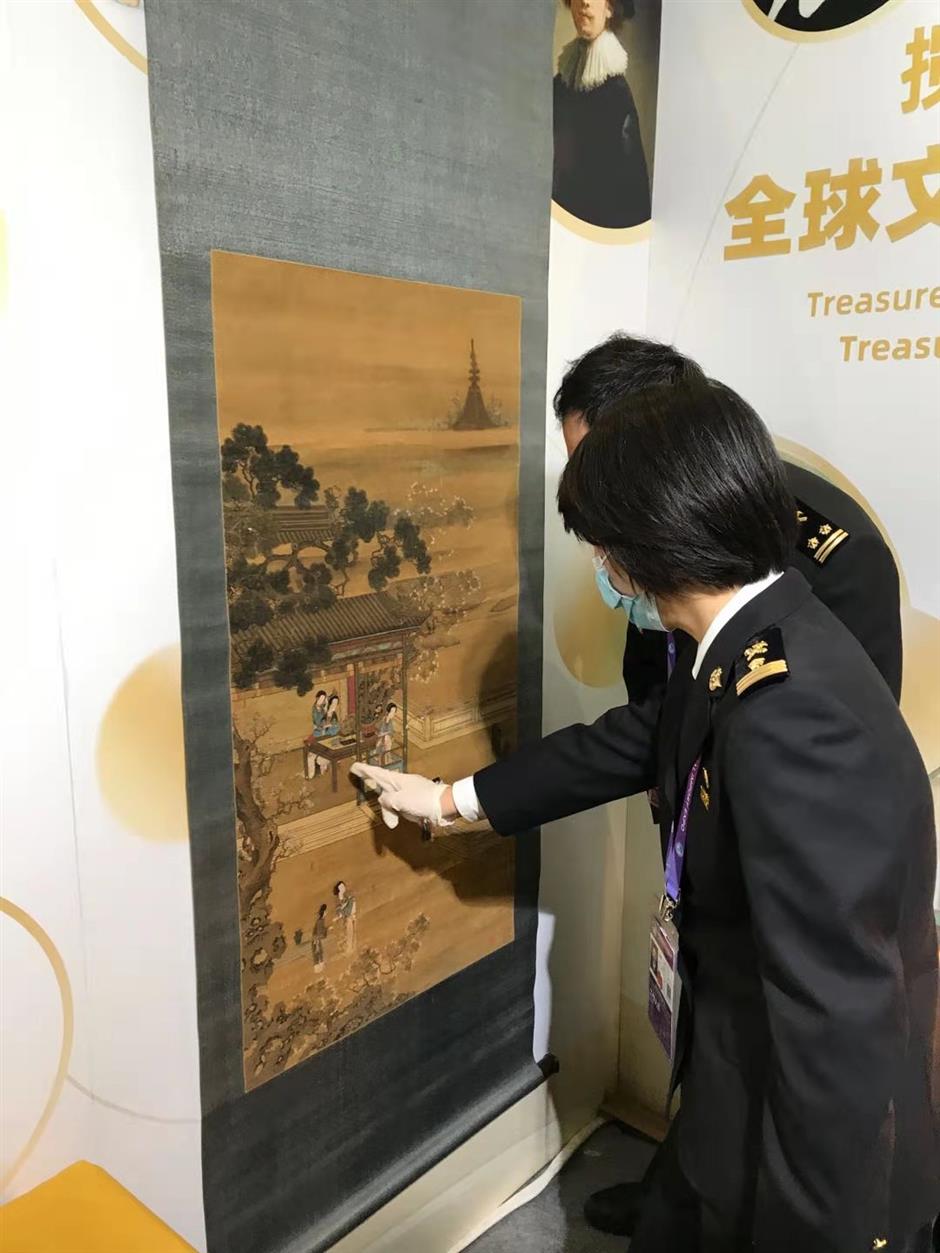 Officials check one of the paintings on show at the 3rd CIIE.